Photo Credits To The Sun

Former player and coach Siniša Mihajlović has passed away at the age of 53. The legendary Italian Serie A player was known for his stunning shots on free-kicks and strong defensive capabilities. Mihajlović leads the all-time list for free-kick goals in Serie A with 28. An impressive feature as the list consists of other free-kick maestros like Andrea Pirlo, Alessandro Del Piero, and Francesco Totti.

Siniša Mihajlovic was born and raised in Vukovar, Croatia, to a Serbian father and a Croatian mother. His professional football career began in 1986 with his childhood Croatian club of Borovo. He spent two seasons with Borovo, then moved to Serbia, where he joined Vojvodina. After his spell with Vojvodina, he was transferred to the Serbian powerhouse club Red Star Belgrade in 1991. In the four seasons he spent in Serbia, he won four trophies. Capturing three Serbian League titles and a European Championship with Red Star Belgrade in 1991.

After his success in Serbia, Mihajlović took the big step and moved to Italy to join Roma in 1992. With Roma, he stayed for two seasons and became a lead figure in the team. However, he did not win any titles with the club. Following his two seasons with Roma, he was transferred to Sampdoria in 1994.

The previous season, Sampdoria had a successful campaign as the team finished in third place in the Italian league. With the addition of Mihajlović, they aimed to be champions of Italy. Unfortunately, after four years with Sampdoria, he was still titleless while playing in Italy, as they could not achieve any titles.

In 1998, Mihajlović would return to Rome but this time, playing for Lazio, where he would finally win titles in Italy. In the six seasons that Mihajlović spent with Lazio, he won 5 major titles. Accolades included one Italian championship, two Italian cups, and two Italian super cups. Mihajlović was finally successful in the country that gave him the most value during his football career. 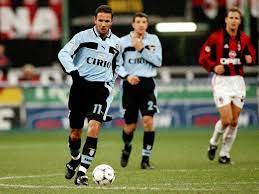 His final squad after his stint with Lazio was Inter Milan in 2004. He spent two seasons with the club and captured four more titles in Italy with the Milanese giants. On July 1, 2006, Mihajlović retired after an 18-year professional career.

Following his retirement, Mihajlović would immediately take the managerial route. He remained in Italy for the majority of his coaching career and would go on to coach the biggest teams in the country. He first started as an assistant coach with the club he retired with, Inter Milan. In the first two seasons, he was an assistant coach under Roberto Mancini, with whom he had a strong relationship.

After learning from the talented Mancini, he earned the manager position at Bologna in 2008, beginning his head manager career. In his 14-year tenure being a manager, 13 years consisted of coaching Italian teams. Massive Italian clubs include Bologna, Fiorentina, Torino, AC Milan, and Sampdoria. 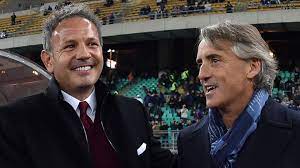 After coaching for 14 years, Mihajlović did not win any title. However, he was successful on many occasions in exceeding the expectations of the teams he led. His final career coaching record is 153 wins, 134 draws, and 144 losses. His last game as a manager took place on September 4, 2022, when Bologna tied Spezia 2-2. His managerial career officially came to an end on September 6, 2022.

In July 2019, the football community was shocked to find out that Mihajlović had been struggling with leukemia for some time as he publicly announced his condition. Despite having cancer, he continued to be dedicated to the game and remained head coach for Bologna. Although as time progressed, his condition worsened.

Mihajlović died on December 16 after a three-year battle with leukemia. Tributes and dedications were placed by players and leagues around the world as the football community remembered the tactical mastermind he was on and off the pitch. He will be recollected as one of the greatest free-kick takers the game has ever seen. He will be memorialized for the remarkable defender he was with a skill set that will live on in European football history. Rest in peace Siniša Mihajlović.