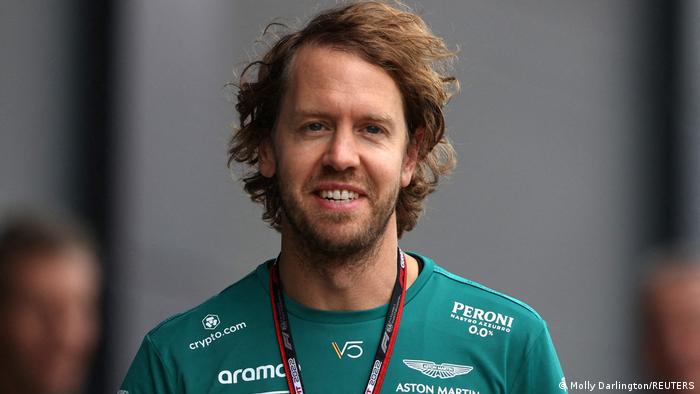 On July 28th, the motorsport world awoke to a pleasant surprise. Sebastian Vettel, Formula 1 driver for Aston Martin had finally opened an Instagram account. The driver who had famously expressed his dislike for social media had finally opened a window for fans to catch a glimpse into his generally unknown personal life. Little did they know that they were to be disappointed. Soon after gaining about, 500,000 followers online, Vettel posted two videos, one in English and the other in German. Both videos showcased a well-prepared speech that would break the hearts of thousands of motorsport enthusiasts and fans alike. Sebastian Vettel, Formula 1 legend aged 35, had announced his retirement.

Born in Heppenheim, West Germany, Vettel began his karting career at the age of three. Like his idol Michael Schumacher, Vettel too came from a humble background to achieve early success in a sport, usually reserved for the affluent. As the son of a carpenter, the lack of monetary supply was a hindrance which was solved through his acceptance to the Red Bull Junior Team in 1998. By 2006, he had achieved major successes in Euro Formula 3 and Formula Renault.

This led him to become a test driver for BMW Sauber F1 Team and was soon promoted as an F1 driver in 2007, at the age of 19, replacing an injured Robert Kubica after his infamous crash. He was the then youngest driver in Formula 1 history, a record, later broken by the 17-year-old Max Verstappen in 2015. In 2008, Vettel joined Scuderia Red Bull’s, Scuderia Toro Rosso. Toro Rosso F1 team was a midfield team usually reserved as a learning ground for drivers who aspired to be promoted to the front of the grid in Red Bull’s F1 team. But in 2008, Red Bull had not secured any race wins aside from podiums with David Coulthard and Mark Webber. However, during an unlikely rainy qualifying in Monza that year, Vettel placed his car on the pole, thus becoming the youngest pole sitter in the history of the sport. The next day, in the same tricky rainy conditions, Vettel took off with a comfortable lead to ensure his team a victory, thus becoming the then youngest race winner in Formula 1.

The fact that a Red Bull B team had secured a win before the senior team, led Team Principal Christian Horner to promote Vettel to the senior Red Bull Team the following year. What followed afterwards, was an unbelievable amount of dominance no driver, inclusive of Schumacher nor Hamilton had ever emulated. At the age of 23, in 2010, Sebastian Vettel became the youngest world champion in Formula 1. This was followed by three consecutive world championships until 2013, his most notable one being the 2012 world championship, where he made an almost impossible comeback to secure wins against his championship rival Fernando Alonso who was then driving for Ferrari. In 2013, he achieved 9 consecutive race finishes, a display of prime that many expert motorsport enthusiasts consider, “a record which is never likely to be broken.” To this day, many consider Vettel’s prime years between 2010 to 2013 as the greatest prime to be ever achieved by any driver.

Following this extraordinary display of skills, Vettel teamed up with Kimi Raikonnen in 2015 to fulfil his long-standing childhood dream of becoming a Scuderia Ferrari driver. This made him Lewis Hamilton’s main championship rival for the following years to come. However, a series of mismanaged race strategies from Ferrari, along with an unexpected driver error in the 2018 German Grand Prix, put an end to his aspirations to achieve a world championship with Ferrari. The newly dominant Mercedes ensured a string of success for Hamilton, equalling Schumacher’s record of 7 World Championships. Vettel would later retire from Ferrari to join the newly formed Aston Martin team in 2021 where he also acquired the first podium for Aston Martin in the Azerbaijan Grand Prix. Vettel will now retire from Aston Martin by the end of 2022.

During his championship-winning years in Red Bull, Vettel was highly disliked by many, including his peers and Formula 1 fans. He was often booed for winning races, simply due to his dominance in the sport. However, the tide changed when he switched teams with Ferrari. It was then, that he established himself as a fan favourite with his social activism and intelligent driving. A true student of the sport, Vettel was known to memorise the rulebooks so thoroughly, that in many cases, his smart and legal overtakes in the pitlane, forced the FIA (the governing body of F1) to make changes in the rules. He is well versed in motorsport history, and once displayed his prowess by naming every F1 champion from 1950 to 2021.

Vettel is often seen as an ambassador for Formula 1. He has been highly vocal on the rights of women, children, and the LGBTQ community. He has also voiced his opinion against the Russian invasion of Ukraine. He also indulges in environmental activism, through activities such as beekeeping. Aside from that, Vettel’s jovial and kind nature has made him well-liked by his peers. He shares a close relationship with Michael Schumacher’s family and is often seen, mentoring Mick Schumacher, Michael’s son, who made his Formula 1 debut last year. Speaking about Vettel last year, Mick stated, “What my dad was for Sebastian, he is for me.”

He is also loved and respected by Lewis Hamilton, a driver who is known to not mingle very much with other drivers on the grid. Speaking shortly after Vettel’s retirement announcement, Hamilton stated, “He has been one of the very, very few drivers in racing history that has stood for much more than himself. He's used his voice in things that I've fought for and stood by me, he's taken the knee, he's gone on his own journey and stood on the grid and fought for things that he believed in, and for the greater good. I think he's just a really beautiful human being and I'm really grateful to have been here in a time that he was racing. Watching his World Championships was impressive. I'm sad to have arrived today and seen the news, but I know whatever he goes and does beyond this is going to be even better."

Sebastian Vettel’s retirement marks the end of an era cherished by many. His career goes down as one of the most illustrious in Modern Formula 1 history. He leaves making an impact on many young talents the sport has to offer. For even he once remarked, “I'm always thinking that one day I'll be in my rocking chair, fat and chubby and old, and then I can tell my kids, like, 'Look...' You know? 'Look at the numbers.”