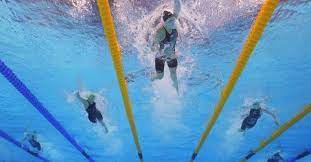 In March 2022, University of Pennsylvania student Lia Thomas made history by being the country's first transgender woman to win an NCAA swimming title in the 500-yard freestyle. While many claimed Thomas's masculine testosterone level gave her an unfair advantage in the battle, not everyone was happy about her victory. Thomas stated on ABC's "Good Morning America" in response to the criticism that "trans women are not a threat to women's sports."

In Thomas's case, the University of Pennsylvania has not yet issued a statement.

The world's governing body for swimming, on the other hand, decided to respond to the criticism. Three expert groups have collaborated to create a new policy in response to recommendations made by the International Olympic Committee (IOC) in November: an athlete group, a science and medicine group, and a legal and human rights group. The new rule only allows swimmers who underwent gender transition before the age of 12 to compete in women's events, according to a story on PennLive.

FINA, an international management organization for swimming competitions, was shown the policy by the groups. The new "gender inclusion" policy was approved by 71.5 percent of FINA members on June 19 and was set to take effect on June 20.

The 24-page policy leaves many questions unanswered, which increases the gray area in debates. According to the World Professional Association for Transgender Health, the recommended minimum age for starting gender transition hormone treatment was recently lowered to 14 and some surgeries to 15 or 17. James Pearce, the spokesperson for FINA president Husain Al-Musallam told The Associated Press, “This [the new policy] is not saying that people are encouraged to transition by the age of 12. You can’t transition by that age in most countries and hopefully, you wouldn’t be encouraged to. It’s what the scientists are saying, that if you transition after the start of puberty, you have an advantage, which is unfair.”

The IOC's guidelines on fairness, inclusion, and non-discrimination based on gender identity and sex variations, according to Anne Lieberman of Athlete Ally, a nonprofit organization that supports LGBTQ+ athletes, were broken by FINA's new policy. According to Lieberman, "The eligibility requirements for the women's category as they are laid out in the policy [will] police the bodies of all women, and they cannot be enforceable without gravely infringing upon the privacy and human rights of any athlete looking to compete in the women's category."

The IOC urges putting aside discussions about each person's testosterone levels in favor of concentrating on identifying information that shows when a performance advantage exists. Although transgender women do not currently compete at the highest levels of swimming, other sports have started reconsidering their policies regarding transgender athletes. As an illustration, the International Cycling Union (UCI) modified its eligibility guidelines with harsher restrictions on June 16. The maximum acceptable level of testosterone was decreased, and the transition period for low testosterone was extended to two years from the previous 12 months. Transgender riders will have to wait longer to compete as a result of these restrictions.

Because of this, the UCI stated in answer to the IOC's request for evidence that "the awaited

adjustments in muscle mass and muscle strength/power" among competitors who have switched from male to female take at least two years.

Sports have rarely lacked in the intensity of their fierce controversy, whether it is over morality, testosterone levels, or further rules over a woman's body.