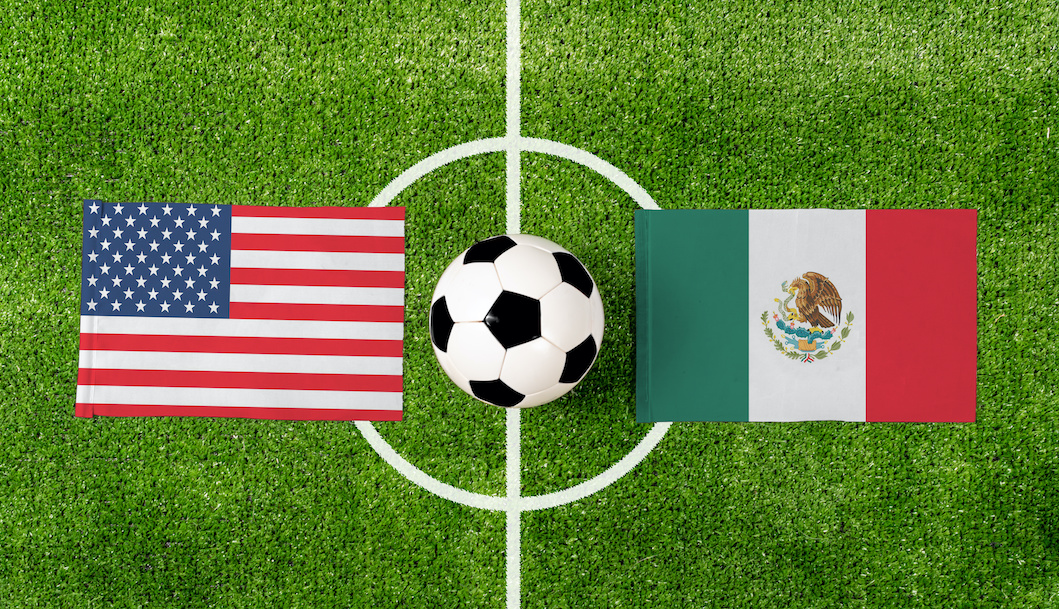 The United States defeated Mexico 1-0 with a late goal by Kristle Mewis and won Group A with nine points, and will move on to play Costa Rica on Thursday, July 14, in the CONCACAF Women’s Championship semifinal.

The early pressure for the United States started in the first 15 minutes when Kelley O’Hara set it into the box, then Margaret Purce settled the ball, struck it on goal, and bounced it off the post.

Around the halfway point, the U.S. had another great chance when Purce kicked the ball across the box, off Mexican goalie Itzel González and a Mexican defender, and on the foot of Sophia Smith, who struck it over the goal.

Three minutes later, Mexico couldn’t capitalize on a goal-scoring opportunity, and Purce intercepted the ball and went coast to coast. She carried the ball along the right side of the field and while in Mexico territory, sent the ball across the box, onto the foot of Lindsey Horan who struck it on goal, and González made the save.

González was impressive with two saves in the first 15 minutes of the second half to eliminate two good scoring chances for the USWNT.

Mexico’s Lizbeth Ovalle got a red card after she spiked Rose Lavelle — who substituted for Horan — in the shin just above the cleat 73 minutes into the game.

Minutes later, Megan Rapinoe — who substituted for Smith — sent a corner kick into the box. Alex Morgan headed the ball just across the goal crease and just wide. It would be Morgan’s best chance at her third goal in the tournament and her last of the game, as she was substituted out and San Diego Wave FC teammate, Taylor Kornieck, came in.

Jimena López had a great chance for Mexico when she struck the ball on goal from the left side of the box and United States goalie Casey Murphy saved the shot.

There was a lot of pressure in Mexico territory 89 minutes in as Ashley Sanchez and Kornieck helped set up a goal-scoring opportunity in front of the net. Mewis — who substituted for Andi Sullivan — ended up kneeing the ball into the net to make it 1-0 United States.

Mexico didn’t get any more chances to score after the Mewis goal as the United States secured nine points and the top spot in Group A.

USWNT head coach Vlatko Andonovski gave much credit to Mexico for battling with the United States but felt like they gave them several chances they couldn’t capitalize on that hurt goal-scoring opportunities.

“I wouldn’t say they (Mexico) were better than us, but they were making it very hard for us,” Andonovski said. “I want to give credit to Mexico. They were motivated, and fighting.”

In the end, Andonovski was glad they scored a goal with the number of chances the United States got throughout the game.

“I was very happy to see in the end that we still found a way,” Andonovski said. “In order to win big tournaments, sometimes you just have to find a way and we were able to do that.”