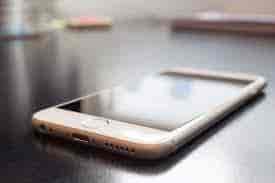 An important change in the electronics industry has been done. The news is related to Apple, the company founded by Steve Jobs in 1976 and one of the principal names for smartphones and computers. The American company has always said that their aim is to achieve progress and innovation in this sector, looking at the consumers' needs. Without any doubt, the most important advantage of an iPhone concerns the camera, which increases every year in quality and usability.

On the other hand, Apple was usually criticised for the system related to charging. An iPhone’s charging port is different from that of other smartphones. For this reason, many consumers need to buy a separate apparatus, called Lightning, to fill the battery of their devices. But recently, on October 26, EU member states gave the directive to a "universal charger" by the autumn of 2024, with 602 votes in favour, 13 against and 8 abstained.  All mobile devices will need to adopt a USB-C port. This is a measure taken to let consumers use one single charger and cable. It will then be extended to computers from 2026.

The Vice President of the European Commission, Margrethe Vestager, celebrated this action on Twitter, with a photo of her holding a tangle of cables and chargers of various colours, shapes and sizes. Europe wants to reduce waste, trying to save over 250 million euros in unnecessary purchases and to decrease the load from 12.6 million tons of electronic garbage; the amount recorded in 2016.

Furthermore, huge progress has been made on the subject, with the number of chargers going from 30 different models in 2009 to the 3 standard types currently on the market, and the introduction of a universal charger should, at least on paper, determine economic advantages for consumers, considering that today the cost of an original charger reaches 35 euros.

Apple announced that the company will line up to these decisions, as reminded by the statements of Greg Joswiak, Senior Vice President of Marketing, to the Wall Street Journal: "Obviously we will have to adapt, we have no choice".

The iPhone 14 presented in September still has Lightning as the charger, while the iPad released a few days ago has already the USB-C. So, smartphones aside, the Apple devices that still use Lightning are AirPods and 9th-generation iPads.

India and EU Prioritize Movement, Talk About Students and Workforce