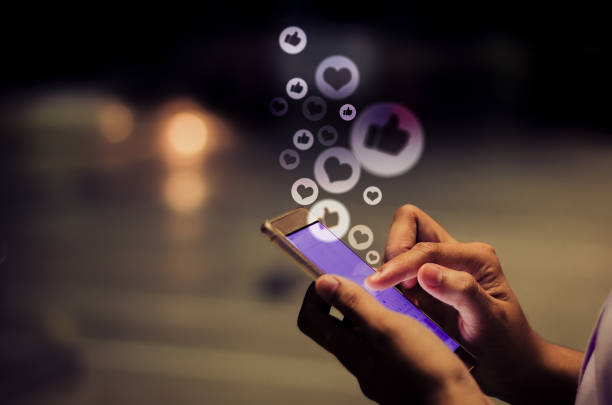 With the consumption of media, many people also put out their content and allow anyone else to see and also consume it. Many people are focused on blaming the creators of specific apps or shows instead of stopping their consumption of them. For example, many shows have been put out and called controversially, which makes viewers at home feel like they have to blame the network or writers; they also forget that they ingest the entire season and expect season after season, despite feeling it should not be shown on public television.

This ties in with the Uses and Gratification theory since the audience still will view something for their pleasure even knowing the adverse effects or disagreeing with it; “Concurrently those externally controlled, with low mobility and low levels of interpersonal interaction, were more likely to watch reality TV programming to fulfill voyeuristic and companionship needs” (Papacharissi Ph.D. & Mendelson Ph.D., 2011).

The uses and gratification theory is a sociological approach that seeks to understand how people use media and the gratification they derive from it. This theory suggests that active media users seek out media content to fulfill specific needs or desires. Rather than being passive recipients of media messages, people use media to achieve their own goals and satisfy their own needs.

The uses and gratification theory has several vital components. First, it recognizes that people have different motivations for using media, such as the need for information, entertainment, social interaction, or personal identity. Second, it acknowledges that people have different levels of media literacy and may use media in various ways to fulfill their needs. Third, it recognizes that the effects of media on individuals may vary depending on the individual's motivations, media literacy, and the specific media content consumed.

Overall, the uses and gratification theory provides a framework for understanding how people use media and the gratification they derive from it. This approach can be helpful for media researchers, advertisers, and others who seek to understand the role of media in people's lives.

The same subject is often discussed with social media usage. The uses and gratification theory can be applied to social media consumption in several ways. First, the theory suggests that people use social media to fulfill specific needs or desires, such as social connection, self-expression, or the pursuit of knowledge. For example, some people may use social media to connect with friends and family, while others may share their thoughts and opinions with a larger audience.

Every time someone has a break from their responsibilities, they tend to hop onto social media apps for the pleasure of not having to think of those responsibilities. On the site, igi-global.com states, “Several research findings elucidate widespread smartphone usage among young people or youths due to its improved accessibility, mobility, and sense of independence. Smartphones are also seen as a means to free these youths from regulations they had at a younger age. Smartphone usage is associated with the ways youth communicate or micro-coordinate.

These youth are also utilizing it for various reasons, including entertainment and information sharing (Wu, 2008; Hill-Wood et al., 2009).” and continues to explain why younger people feel more at ease while being on their phones and the pros of it. The “Understanding users’ continuous content contribution behaviors on microblogs: an integrated perspective of uses and gratification theory and social influence theory” research article also states that “social influence had a strong and significant positive effect on users’ CCCB, it also had a positive moderating effect on the relationship between perceived gratification and CCCB.”; as well as studies that have shown how apps like Facebook have provided much gratification towards its users, “The results have shown that most adolescents use Facebook for socializing and communicating with their friends, discussing school activities, setting up meetings and dates with friends as well as obtaining information about social events.

The use of Facebook primarily gratifies adolescents’ need for integration, social interaction, information, and understanding of their social environment. The uses and gratification theory was an adequate background for analyzing the results” (Tanta, Mihovilović, & Sablić, 2014).

Even with topics that don’t just involve tv shows or social media, they also show the Users and Gratification theory for certain services. Food delivery apps are now one of the biggest genres of apps that most people use and are because it has become an online market; “The study applied U&G theory and found eight main gratifications behind the use of FDA, namely, convenience, societal pressure, customer experience, delivery experience, a search of restaurants, quality control, listing, and ease-of-use. The results suggest that customer experience, a search of restaurants, ease-of-use, and listing were the significant antecedents of intentions to use FDA's.” ( Raya, Pradip, Balaa & Kaurbc, 2019).

Our Shadow and How to Keep It In Check

Why today’s generation is very Sensitive?