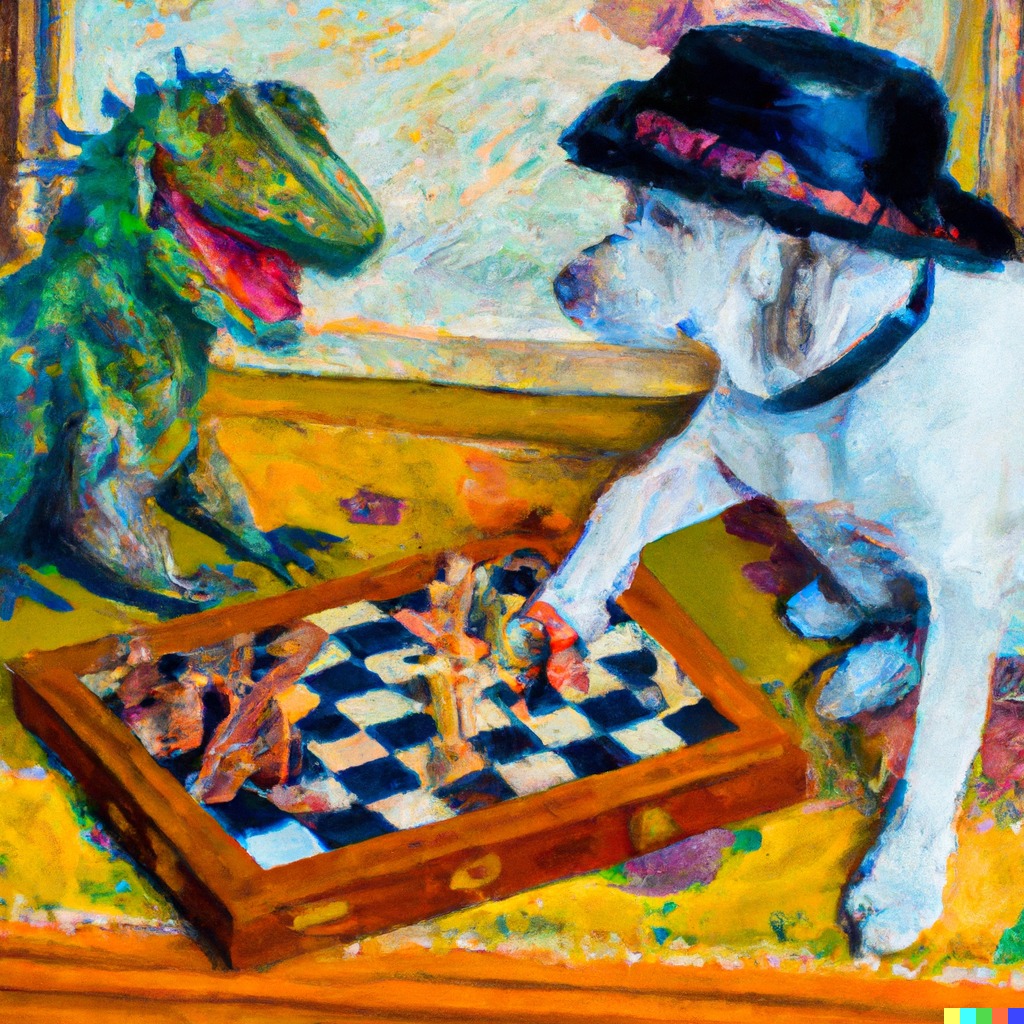 In the wake of the recent boom in AI-generated imagery, the art community is increasingly concerned about being replaced.

Imagine the strangest situation you can think of; anything, whatever your mind desires. Artificial intelligence can create it for you. From digital illustrations depicting Joe Biden as a butcher to various iterations of Snoopy, users can ask these platforms for any image they please. But is it as harmless as it seems?

What is AI-Generated art?

Artificial Intelligence generated art is precisely what it sounds like. It is an image generator program that many people use to create a series of pictures presented as art. To make these pieces, AI artists write a specific prompt for the program to develop the visual outcome they desire to see. For example, using DALL·E 2, one of the most popular text-to-image platforms, one can generate many illustrations from the sentence “frogs dressed as ballerinas dancing on the moon, digital art.” 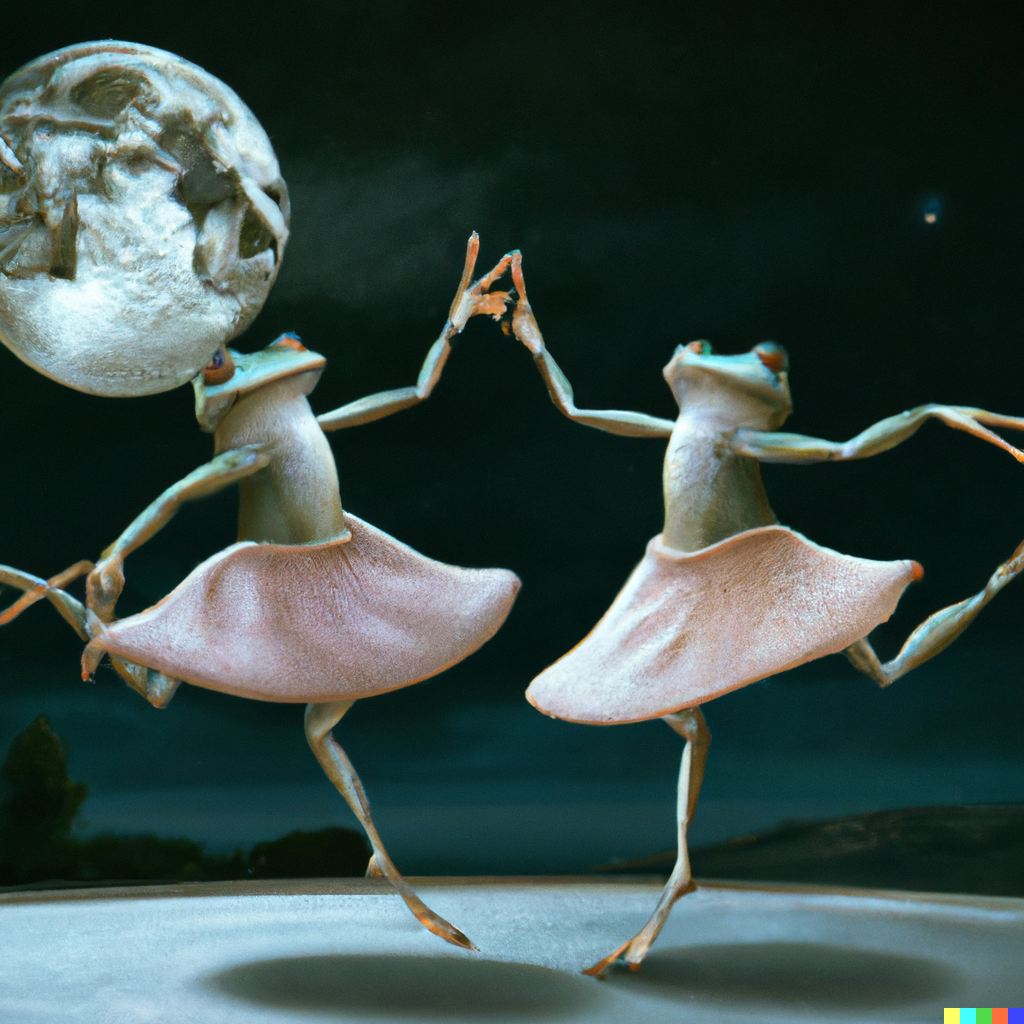 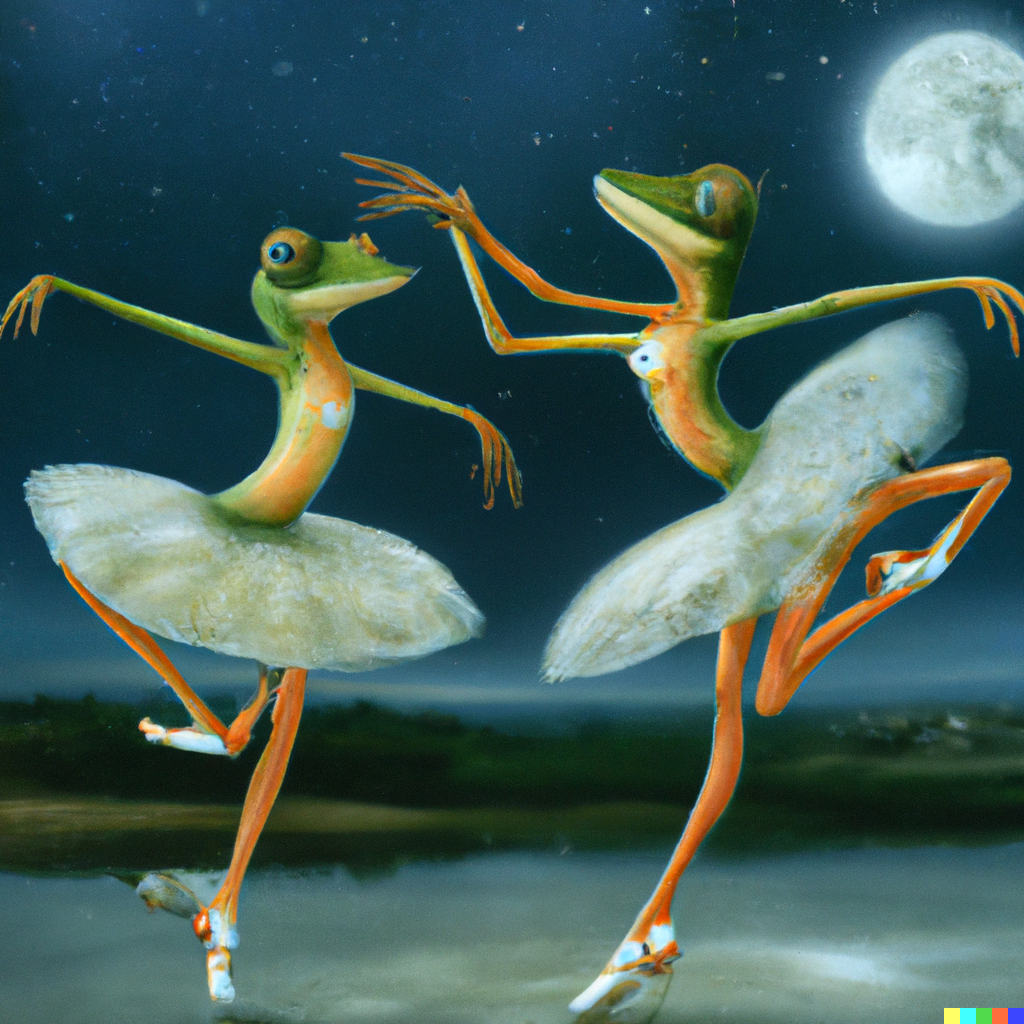 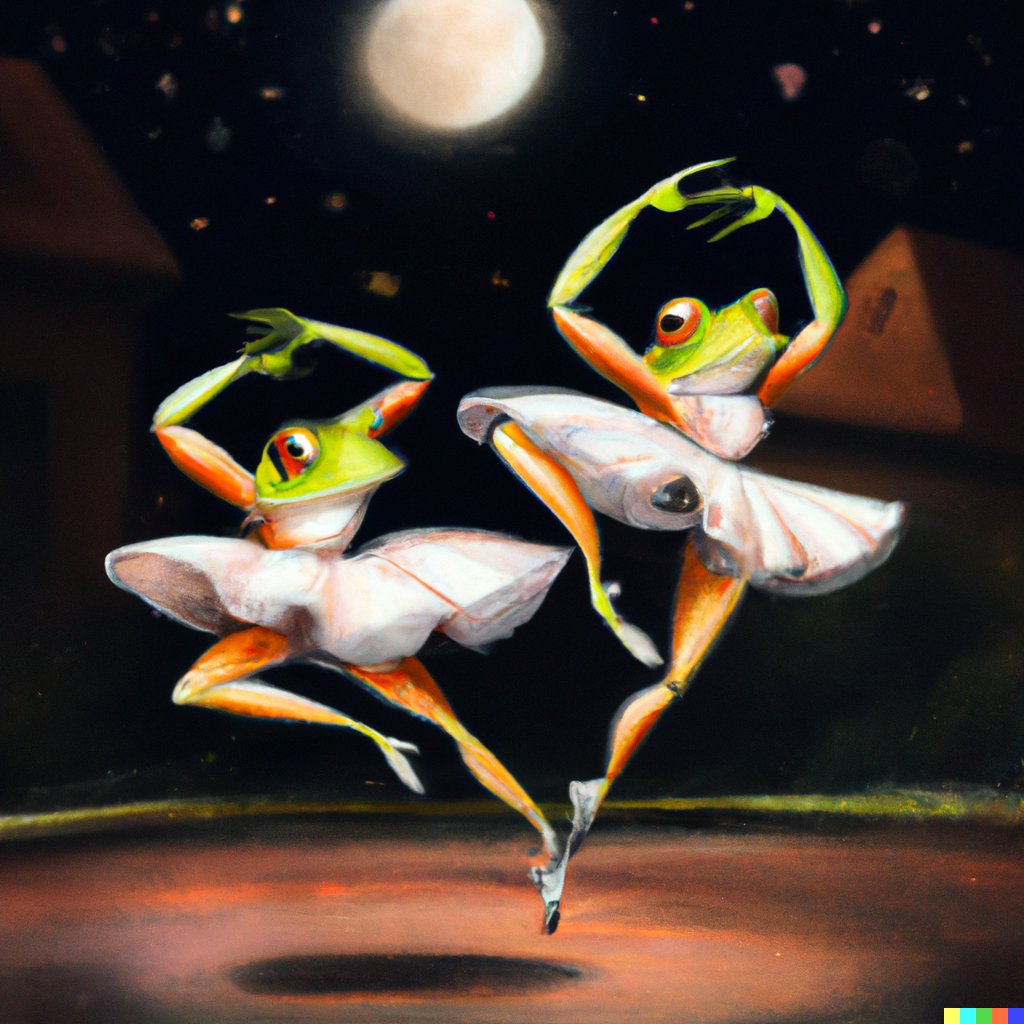 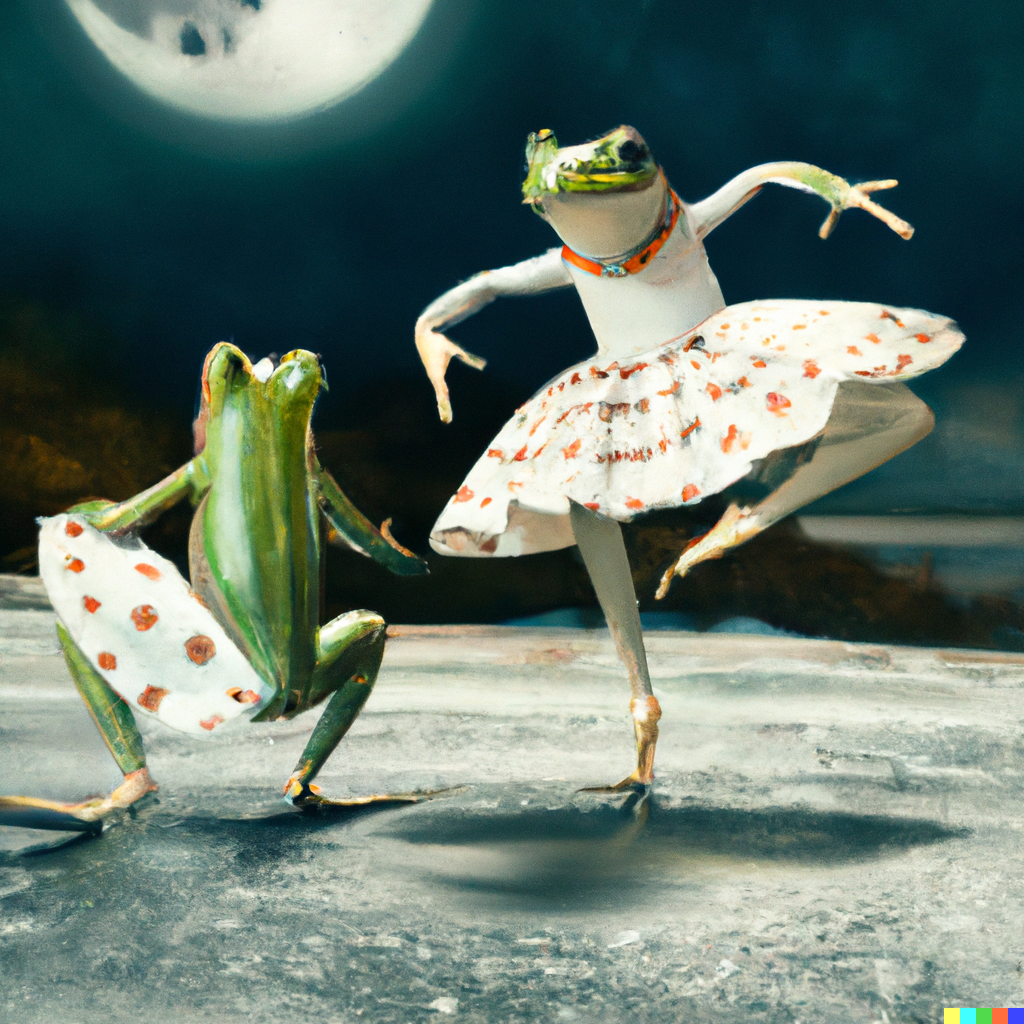 There are many AI platforms that users experiment on; some popular ones are DALL·E 2 and Mid journey, which have limited but free usage. There are also platforms, such as Lexica and the mobile app Lensa, that use the open-source license from Stable Diffusion.

Images are generated using algorithms trained on datasets found on the web. After analyzing those datasets, the generator creates the desired image. For example, if you ask the generator for a frog dressed as a ballerina, it searches the web to find out how ballerinas dress and what frogs look like to give the correct output.

What does this mean for artists?

For many artists, AI art has become public enemy #1. Questions like “is this the end of human artistry?” and  “Will AI art replace actual people?” weigh on artists’ minds as we all watch the swift rise of trends such as AI-created portraits and award-winning AI-art pieces. As Twitter user @arvalis (RJ Palmer) wrote, “A new AI image generator appears to be capable of making art that looks 100% human-made. As an artist, I am extremely concerned”. 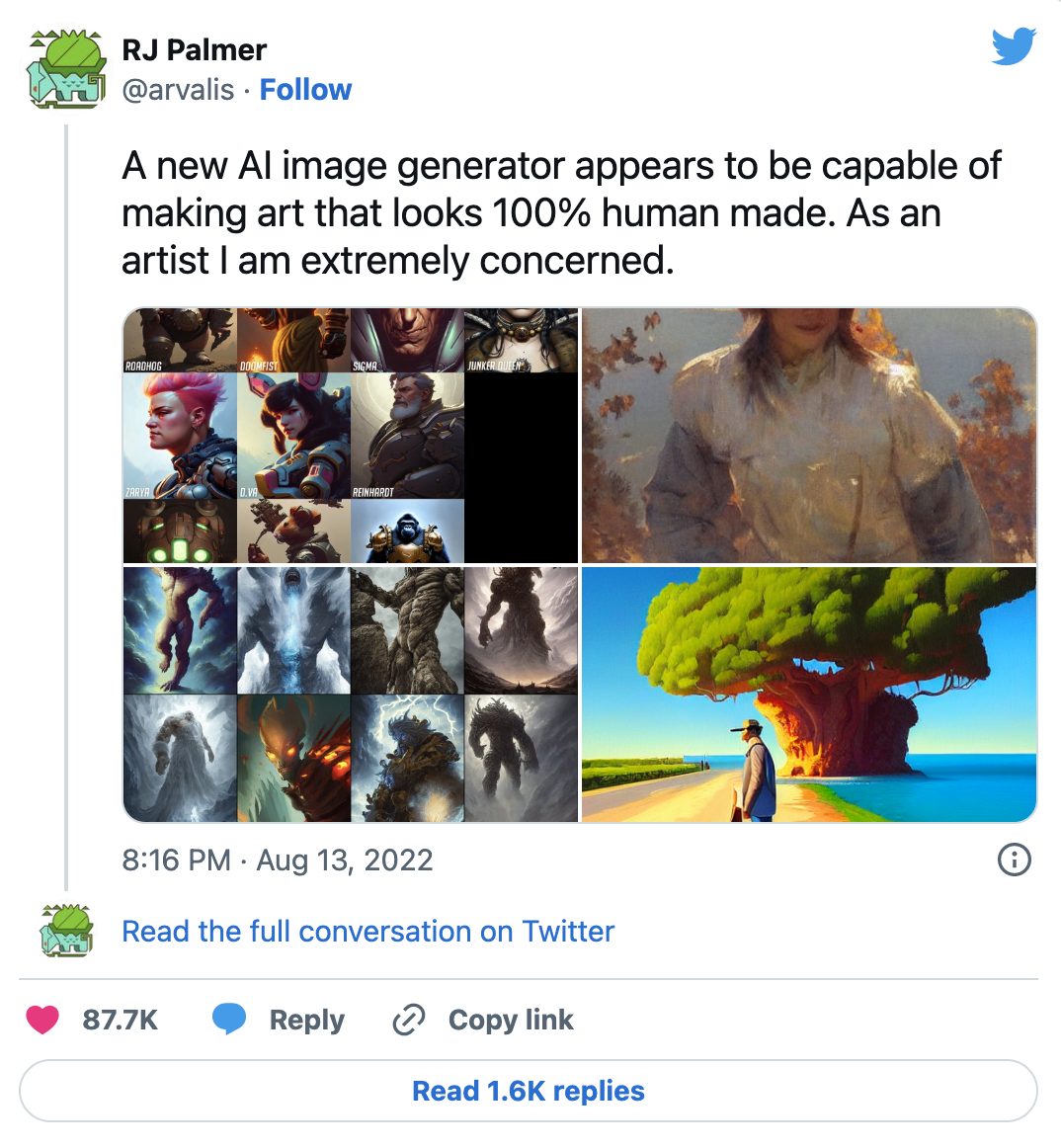 As well as the words from Twitter user @OmniMorpho (OmniMorpho) “We’re watching the death of artistry unfold right before our eyes — if creative jobs aren’t safe from machines, then even high-skilled jobs are in danger of becoming obsolete[.] What will we have then?”. 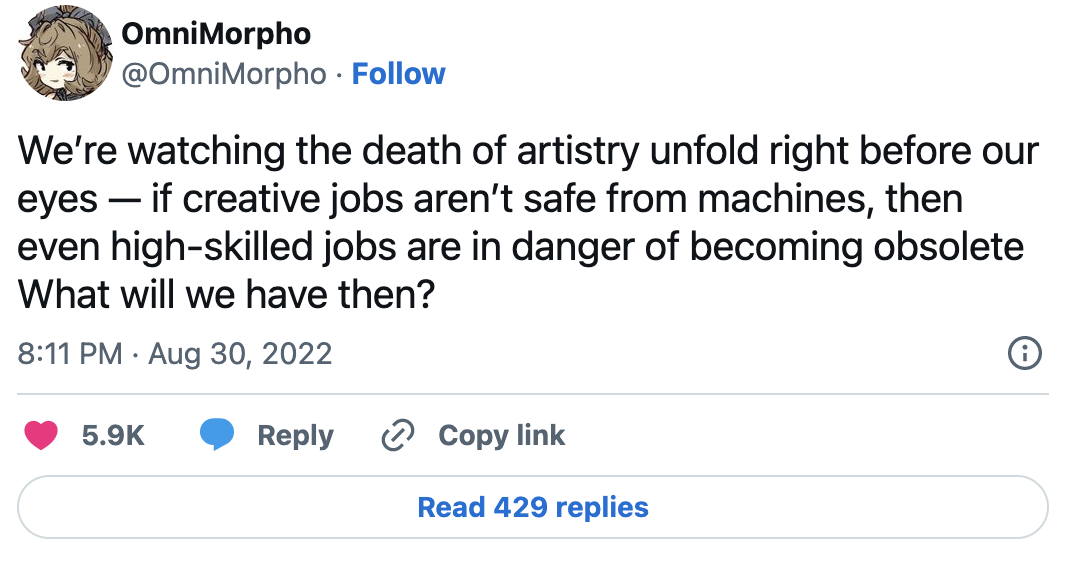 Those who side with traditional art argue that the people who use these machines will displace actual artists from the market and rob them of the work that is already so hard to obtain, with little to no effort or artistic ability. Others point out that platforms such as Stable Diffusion, the only free, open-source, and unfiltered AI system, use copyrighted art to train their models and combine them into one piece.

Furthermore, they argue that this can be seen in apps like Lensa, where there seems to be an artist’s signature in the bottom corner of the portraits it generates. “Seeing a Lensa portrait where what was clearly once an artist’s signature is visible in the bottom right and people are still trying to argue it isn’t theft.”, writes Twitter user Lauryn Ipsum (@LaurynIpsum).

In addition, many AI artists have used Google’s DreamBooth, a text-to-image diffusion model that can be trained with a few images to create prompted pieces in a similar style. Many artists have found this a problem since people feed their work into the platform to recreate visual recreations in their distinctive style, stating that it was “inspired” by the artist.

This has already happened to Hollie Mengert, an artist previously hired by big guns such as Disney and Dreamworks. In an interview with Andy Baio for his page Waxy, org, Hollie shares her stance that Redditor MysteryInc152 fine-tuned a Stable Diffusion model trained on her work.

“For me, it feels like someone’s taking work that I’ve done, you know, things that I’ve learned — I’ve been a working artist since I graduated art school in 2011 — and is using it to create art that I didn’t consent to and didn’t give permission for,” she said.

Four of Hollie’s illustrations were used to train the AI model (left) and sample AI output (right) comparison by Waxy.org

Along with this problem come many more serious concerns, such as the possible heinous usage that platforms like these can give way to. Many have expressed concerns about the use sexual predators can give to image generation models since it only needs a few pictures and a specific prompt to create an eroticized image of the victim. Namely, Reddit has banned three subreddits that shared AI-generated fake nudes of celebrities like Emma Watson and Selena Gomez.

Furthermore, Democratic Congresswoman Anna Eshoo noted in her letter to the National Security Advisor (NSA) and the Office of Science and Technology Policy (OSTP) that, “While I commend Stability AI for its overall objective of democratizing access to AI, dual-use tools that can lead to real-world harms like the generation of child pornography, misinformation, and disinformation should be governed appropriately.”

For many, the problematic uses of AI image-generating platforms don’t outweigh their benefits or validity as genuine artwork. As the founder of Stability AI, Emad Mostaque, puts it in an interview with The New York Times, Stable Diffusion is the key to unlocking creativity and is “one of the ultimate tools for freedom of expression.”

Furthermore, given that a percentage of users generate SFW-style content or pieces based on stolen artwork, Mostaque views it more as a personal choice rather than an actual reason for Stable Diffusion to limit the software.

“Ultimately, it’s peoples’ responsibility as to whether they are ethical, moral, and legal in how they operate this technology,” he tells The Verge. “The bad stuff that people create with it [...] I think it will be a very, very small percentage of the total use.”

The truth is that these are mainly untested waters; what can be created in the realm of Ai-image-generators is, ultimately, in the hands of the person who inputs the prompt. As Mostaque puts it, “it requires us as the initial agent to do it. [...] because it doesn’t do anything without that person”. 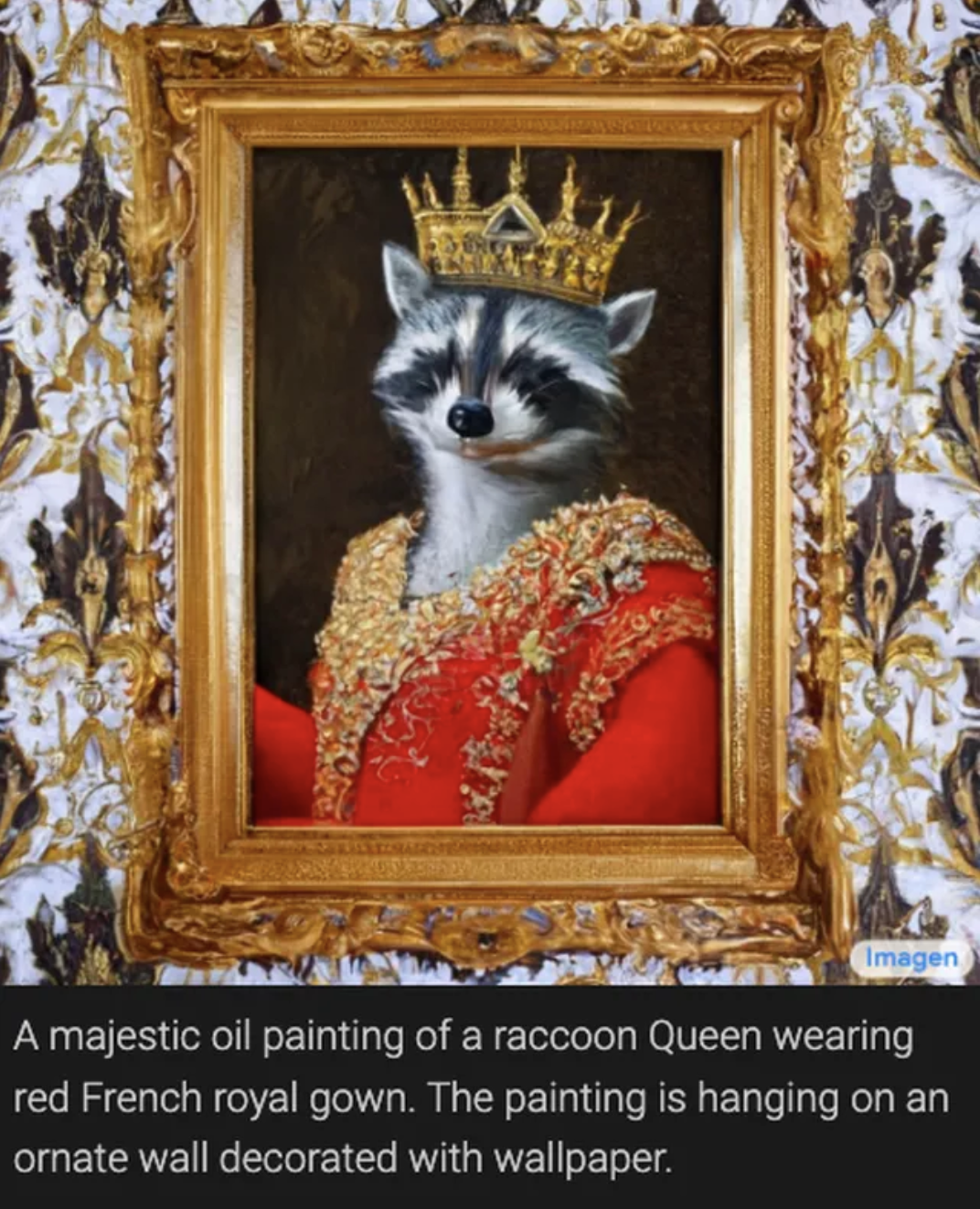 Is this the future of art?

Much like with the rise of photography and digital art, traditional artists reacted to it negatively, much in the same way digital artists are responding to AI art. Many argue, however, that AI platforms are just another medium and will not undermine human artistry, like a camera cannot take pictures without human guidance. On top of that, AI could become a great ally to human artists; as Youtuber ErgoJosh demonstrates in his video “How AI Art Will Save Artists, Not Destroy Us,” he uses generated images as references to create a unique piece that he can call his own.

Also, calling back to Mostaque’s words, there are no accurate artistic results without human intention. Or as Ahmed Elgammal, director of the Art and Artificial Intelligence Laboratory at Rutgers University, says, “the intent lies in the process, even if it doesn’t appear in the final image.” As the academic points out, there is a pre-and post-curation involved in creating these pieces, as well as the occasional tweaks the algorithm needs to generate the desired image.

And as Youtuber Jazza demonstrated in an experiment, he conducted with Fiverr artists and AI-generator DALL·E, traditional artists who are good at what they do have nothing to fear since human creativity is, in the end, far more unique than what any machine can create. Also, while using these types of tools, it is evident that AI-generated images lack what many of us search for in art, which is to feel connected.

Ultimately, what can be said about AI art is that, if used ethically, these platforms could be an excellent opportunity for artists to explore and experiment with new ways of art. But this is a purely ideological standpoint. In light of humanity's tendency to corrupt even essential tools, it is wise and also responsible to regulate the use of these machines.

The freedom of creation cannot be a reason to justify the theft of traditional artists’ work or the sexual harassment and misinformation these platforms give way to. There must be a way to approach this new tool and get the best of both worlds without hurting anyone.

I interviewed ChatGPT - and the Results Were Unsettling