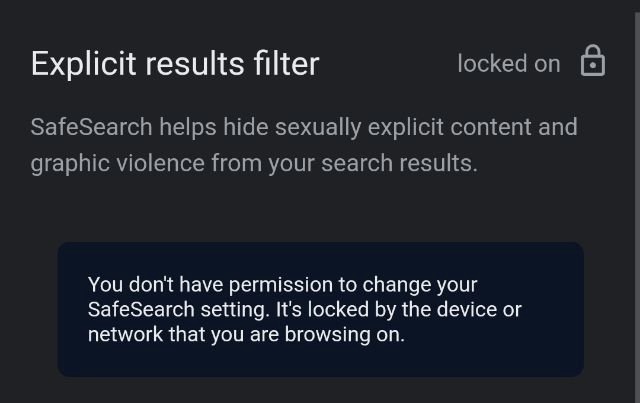 Reports from Iran indicate that since July 21, Internet users' access to two widely used search engines, Bing and Google, has been restricted and has been placed in "child lock" mode, which means the tightening of restrictions on the flow of information in the country.

According to Internet users in Iran, Google search results have been facing filtered and limited results since yesterday. The reason for that is the automatic activation of the Safe Search mode on the network of operators, including Hamrahe Aval and Irancell.

Experts say that it is unlikely that this action was carried out by the operators or the Internet provider companies, and it was probably implemented "by higher layers" in the Ministry of Communications of the Islamic Republic.

The safe search mode or child lock in other countries is generally implemented for people under 18 years old and in schools; however, for the general internet users in Iran, this mode has been activated automatically and without prior notice since July 21 and cannot be changed.

In this context, an activist in the field of "communication technology" wrote in a tweet while reporting the situation to the public of users in Iran that "with this manipulation, at any age, you only have access to content on Google that a child has access to."

According to experts, this restrictive action can even affect the process of scientific and research searches and provide the researcher with results that are "weak, incomplete and inaccurate."

An expert in technology law called the recent action an "abuse of power by the government" and "violation of citizen's rights."

This expert has also warned about the "international consequences" of this action by the officials of the Islamic Republic, including the possibility of imposing new sanctions against Iran.

Speculations indicate that the recent action is not unrelated to the so-called "Protection of Cyber Space" project, which has been associated with internal reactions and criticisms from human rights groups since last year.

In the last few months, users of different operators in Iran have repeatedly criticized all kinds of network disruptions and reduced mobile or home internet speeds. This situation,experts believe, is caused by the trial and error of the infrastructure company and the Ministry of Communications in implementing the protection plan.

This plan, which was placed on the agenda of the Islamic Council following the explicit criticism of the leader of the Islamic Republic of Iran, Ali Khamenei, is still under consideration, and some of its details have even been criticized by some official government institutions in Iran.

On the 7th of July, the leader of the Islamic Republic, in a speech to the judiciary officials, once again demanded to deal with cyberspace and prepare a law for it.

The Islamic Republic, specifically after the election protests of 2008 and following the order of the leader of the Islamic Republic, by creating "cyber battalions" under the supervision of the Basij and the Islamic Revolutionary Guard Corps and spending a lot of money to implement public projects such as "National Internet" and "Security It tries to control social networks and free circulation of information in Iran.

Iran has one of the worst records in the freedom of expression and the internet, so according to Reporters Without Borders statistics for 2022, Iran ranks 178th among 180 countries in media freedom.