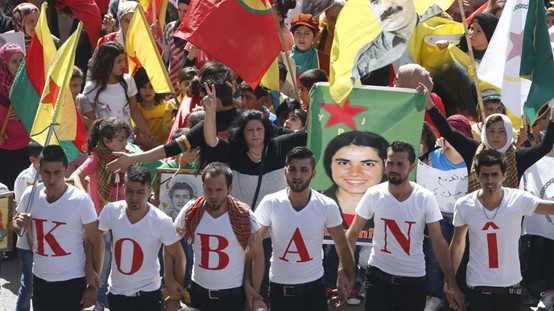 Why don't they have a state?

A mountainous area crossing the borders of Turkey, Iraq, Syria, Iran, and Armenia is home to a population between 25 -35 million Kurds. Despite them being the fourth-largest ethnic group in the Middle East, they are still without a permanent nation-state. They now form a unique community that is bound together by shared ethnic, cultural, and linguistic characteristics amidst the absence of a united language. They also follow a variety of other religions and creeds, while Sunni Muslims represent the majority of them.

Many Kurds began to contemplate establishing a nation, commonly referred to as "Kurdistan," in the early 20th century. In the 1920 Treaty of Sevres, the winning Western allies provided a plan for a Kurdish state in the aftermath Of World war One and the Ottoman Empire's defeat.

Three years later, the Treaty of Lausanne, which established the borders of modern Turkey, crushed their dreams by excluding any reference to a Kurdish state and demoted the Kurds to minorities in each of their countries. Any attempt by Kurds to establish an independent state over the following 80 years was brutally put down.

A map showing the ethnic population of Kurds in the middle east. Image source BBC

The jihadist organisation Islamic State (IS) started targeting three Kurdish enclaves in northern Syria that bordered its controlled territory in the middle of 2013. It launched numerous attacks with lots of casualties. At that time, the People's Protection Units (YPG), the armed branch of the Syrian Kurdish Democratic Union Party, repelled these attacks until mid-2014 (PYD). The Kurds of Iraq were also drawn into the fight in June 2014 after an IS assault in the country's north region. The autonomous Kurdistan Region of Iraq moved its Peshmerga fighters into regions where the Iraqi army had left behind.

In retaliation, an international coalition led by the US carried out airstrikes in northern Iraq and dispatched military advisors to assist the Peshmerga. They also received assistance from the YPG and the Kurdistan Workers' Party (PKK), which has bases in Iraq and has battled for Kurdish autonomy in Turkey for thirty years.

Why does Turkey see Kurds as a threat?

The Turkish state as well as the nation's Kurds, who make up 15% to 20% of the population, have a long history of animosity. Kurds were subjected to brutal treatment by Turkish authorities for many years. In response to uprisings in the 1920s and 1930s, many Kurds were relocated, Kurdish names and attire were outlawed, usage of the Kurdish language was constrained, and even the existence of Kurdish ethnic identity was denied, with those who fit this description being referred to as "Mountain Turks." Abdullah Ocalan founded the PKK in 1978, which demanded the creation of an autonomous Kurdish state within Turkey. The organisation initiated an armed conflict six years later. Since then, there have been thousands of deaths and over 40,000 displaced persons.

The PKK abandoned their quest for independence in the 1990s in favour of more cultural and political autonomy, although they persisted in fighting. 2013 saw a truce reached after negotiations held in secrecy. Abdullah Ocalan, the PKK leader, has been detained by Turkey since 1999, after being captured by the Turkish Authorities. The ceasefire was broken in July 2015 after a suicide bombing in the primarily Kurdish town of Suruc, close to the Syrian border, claimed the lives of 33 young activists. The PKK attacked Turkish police and troops after accusing the government of being complicit. The PYD and YPG, according to the Turkish government, are terrorist organisations that must be destroyed because they share the PKK's desire for secession through armed conflict and are extensions of the PKK. Since then, battles in southeast Turkey have claimed thousands of lives, including hundreds of civilians. With prime example the bombing of Kurdish villages and the death of tens of civilians, by the Turkish forces in Southern Turkey and Northern Syria, that have started this week.

Many people are familiar with the story of Masha Amini, the young girl who found death at the hands of Iran's morality police. Few know that her death as a Kurd touched on long-standing minority issues in Iran, where a variety of ethnic and religious groups claim that Tehran has long discriminated against them. Videos are still being released from several locations, where protests have been particularly intense. Heavily vehicles were purportedly deployed by Iranian authorities. In a statement released on Sunday, the IRGC acknowledged that it is "strengthening" its forces in Iran's northwest in reaction to actions taken by "armed thugs and separatist terrorists." Meaning the Kurds are a majority in these areas. Although more than 50 members of the security forces have been murdered, authorities have not released an official count of all those killed since the protests began.

The Kurds will have to persuade the Western nations and those in the area that an independent Kurdistan will also be in their economic and geopolitical interests. For instance, the leaders of the Kurdish people might assert that the creation of a state will put an end to the conflicts their people are currently engaged in with Turkey and Syria because their main demand for independence will have been satisfied. As long as something like that is not happening, the situation in that region seems impossible to be changed.