A Distressing Wave Of The Global Inflation 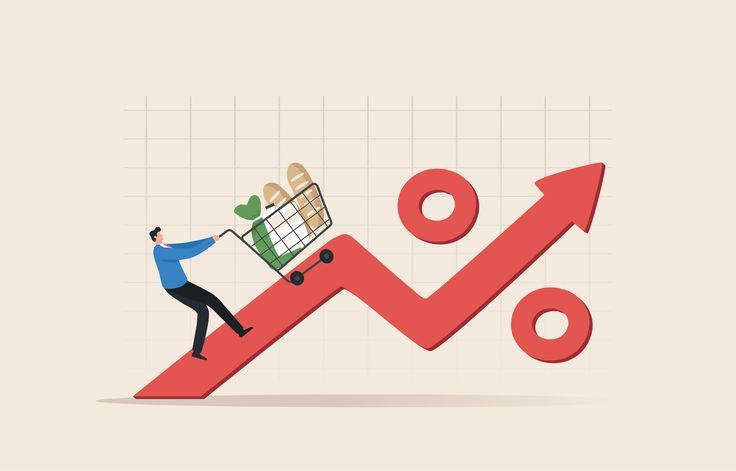 You might think that your currency has lost its power or that a few dollars, Rupees, or Euros are not valuable as they were a few months ago. Then your country might be hit by inflation. For several decades, the rise and fall in prices of goods and services have been recorded, but for the last few months, it has been observed that the prices have escalated continuously, causing inflation. This observation has been observed globally, making it a global issue. So, in this article, we discuss, What is inflation? What are the causes behind this wave of price hikes and the few countries hit by inflation?

Inflation is the gradual increase in the prices of goods resulting in the decline in the purchasing power of your money. That can be understood as the book a few months ago was $30, and now the same book costs $50. There is a price increase, generating a plunge in the purchase of books.

Supply chain issues, high demand for certain products, and a global pandemic are some significant reasons linked to inflation. When the supply of money rises by the government authorities to the people or when the printing of money increases or government provides loans to the people at low-interest rates. It ends up distributing more money in the hands of the public, which decreases the government assets, leading to inflation, and purchasing power of the money is lost.

The same situation can be seen during Covid19 when the government provided money to their citizens in the surge of misery that led to an economic crisis causing inflation.

Today, inflation has hit the world—the living cost rises, primarily impacting daily wagers. Moreover, the consumers having low income spent a significant fraction of their income on necessities which affected the living standards of these people. On the other hand, the rich living standard becomes more luxurious because the earnings for the top tiers grow much faster than the poor, and the costs increase faster for the bottom-range families. Thus, expanding the gap between the rich and the poor.

Ronald Regan spoke a few words 40 years ago regarding inflation before the elections that swept him into the White House. He said, “Inflation is as violent as a mugger, as frightening as an armed robber, and as deadly as a hit man.”

However, inflation proves to be a destructive force on the economy of the country. A small degree of inflation can be healthy for the country’s economy, but if it gets out of hand, it can be detrimental to the economy and leave the people in real distress. Venezuela in 2018 experienced an all-time high inflation rate of about 1,000,000% a month, leaving the economy to collapse. High inflation impacted the whole country, forcing countless citizens to flee.

But for 2022, this subject is not limited to one country. Instead, this deadly inflation is affecting other economies. The most affected country by hyperinflation is Zimbabwe, having an inflation of up to 285% mentioned by the Reserve Bank of Zimbabwe. In contrast, Venezuela is 137% for 2022, followed by Lebnan, Syria, Sudan, Turkey, Iran, and Ethiopia. Overall the hyperinflation rate in these countries is 30% for the year 2022.

The economic giants also could not escape from this violent mugger. According to the report by Statista Research Department, the US faced all-time high inflation of about 8.5% this year. The supply chain is the primary issue that contributes to the rise in the prices of goods. As per the Labor department’s Consumer Expenditure Survey, Americans spent 83% of their income on housing. To tame this soaring inflation, the Federal Reserve increases the interest rate. We have yet to see the results of this.

According to the Office for National Statistics, the Consumer Price Index in the United Kingdom rose to 8.8% in July 2022, compared with 8.2% in the previous month. The price of housing and utilities rose while transportation has some ease for the people.

For European countries, the inflation rate, as per the report published by Statista Research Department, reached 9.8 percent in July 2022, the highest rate ever recorded at an all-time high. Estonia hit the highest inflation rate of 23.2%, in contrast with France having little inflation of about 5.8 %as per INSEE, France (Institut national de la statistique et des études économiques). Housing and power are the major sectors affected by the highest inflation rates of about 18.3%. Moreover, the transportation sector also raises its costs causing inflation by 14.1%. The high rates in the energy sector resulted in the shutting down of the factories, leaving millions of people unemployed. Food and other manufactured goods also felt the heat of price hikes.

The global wave of inflation that struck the economic giants also bashes the developing countries, especially Pakistan and Sri Lanka, which were majorly impacted by inflation.

The people of Pakistan are crushed under the current wave of global inflation. The annual inflation rate in Pakistan soared to 27.3% in August 2022, the highest level since 1975, according to the Pakistan Bureau of Statistics. These figures can go high after the country was hit by the deadly flood that drowned two-thirds of the country. Transportation is the key industry that saw the most significant price increase, with motor fuel inflation responsible for 84.2% of all inflation. Meanwhile, as a result of a shortage of goods in the market, prices for food, beverages, housing, and utilities all unexpectedly increased.

On the other hand, the current economic crisis and bankruptcy faced by Sri Lanka have accelerated the inflation rate for the 11th consecutive month to about 64.3%, according to the Central Bank of Sri Lanka. The acute shortage of foreign exchange reserves caused the lack of necessities of life. The primary food cost plunged to an all-time high of 93.7% and non-food items increased by 50.2% faster than the previous month. The cost of housing, energy, and utilities all faced a similar price hike that led the people to live in misery.

According to the CNN report,

“One mother in the capital, Colombo, told CNN she was waiting for propane gas so that she could cook meals for her family. Others say the bread cost has more than doubled, while auto rickshaw and taxi drivers say the fuel rations are too meager to make a living.”

The challenging outlook of the world told the story of the miserable life led by many people around the globe. From an economic point of view, slight price hikes can be seen as a positive effect on the country’s economy, but this will negatively impact individual life, especially low-income consumers. The cost of living is directly impacting the standard of living. Transport, food, energy, oil, and petrol are the most affected by inflation and have the most incredible price hikes. When the costs of these essential goods skyrocket, this will only bring misery to the people.

The problem of inflation is a global phenomenon that cannot be tamed easily. But we hope for a bright future for the people living in this misery.