An Examination Of India’s Poverty Rates In 2020, World Bank Reports 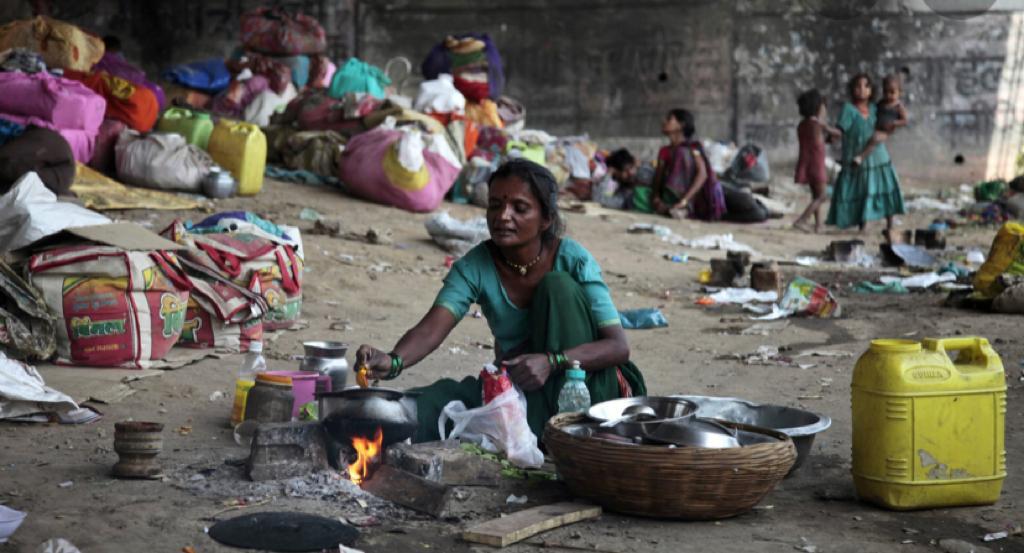 Two and a half years after the Covid-19 pandemic disrupted the global health and socio-economic order, the World Bank has released a report, which looks at India’s poverty rates in 2020 in the aftermath of the national lockdown. This report uses data from the Centre for Monitoring Indian Economy (CMIE). It relies on scholarly expertise to explain the dire consequences that hit a major section of the Indian demographic – the middle-class, lower middle-class, and poor.

The report, released on Wednesday, October 5, records an estimated 5.6 crore people who plunged into poverty in 2020. It must be noted that the final figure may still need to be determined and may require further investigation. However, World Bank has identified indications that suggest that the global shock to poverty reduction could be “historically large.” The adverse effect on India’s poverty figures comes after there was a steady decline in the same since 2011, the report said. But, the condition of the poor population was “exacerbated” by Covid-19.

The macroeconomic shock to India’s growth trajectory in 2020-21 is not an isolated case. Like other developing economies worldwide, the domino effect of a sudden national lockdown followed by job losses and significant sectorial unemployment has pushed overall growth and development below expected rates. This is while India continues to tackle inequalities in income earning and distribution. Therefore, it may not be simply an educated guess that the poverty demographic in India has possibly seen a rise.

However, the IMF earlier in 2022 presented findings that evidently contradict India’s economic trends and patterns during Covid-19. According to their extensive research piece, titled, ‘Pandemic, Poverty, and Inequality: Evidence From India,’ “extreme poverty fell below 1% in 2019 and continued to remain stable at the figure even throughout the lockdown”. The paper’s authors, including the executive director for IMF – India, Surjit Bhalla, believe that the estimated rates include the effect of ‘in-kind’ food subsidies that were overhauled and redistributed. The Pradhan Mantri Garib Kalyan Ann Yojana prevented any “substantial increase” in extreme poverty.

The IMF paper triggered a heated debate among experts, sworn by economic theory, who have agreed to disagree on the figures. Santosh Mehrotra, Research Fellow at the IZA Institute of Labor Economics, believes that “the conclusions of the report do not stand up to logic.” On the other hand, Mahendra Dev, Director and Vice-Chancellor at the Indira Gandhi Institute of Development Research, finds it difficult to believe the numbers. He said, “It’s known that the pandemic has a K-shaped impact on the economy. Corporates, including listed companies and stock markets, have done well, while informal workers, migrants, and MSMEs lost incomes and jobs. There is proof of youth unemployment, real wage growth has declined, and development is slow. In this context, it is difficult to believe so much decline in poverty”.

Chalking out a roadmap for India

India’s increasing needs as a developing country are not surprising, given its population. But what is notable is that the only country with a population higher than India – China, has limited contributions to the global poverty discussion. While it is true that India’s transition from an agricultural economy to one that is better catered to industry and commerce, failure to reduce poverty could pose profound implications for itself and the world at large to combat the broader issue of climate change. This predicament would restrict the nation from emerging as a superpower and bigger consumers of goods in the global market.

World Bank President David Malpass opined on the parent report on India’s pandemic poverty rates and called for “major policy changes to boost growth and help jumpstart efforts to eradicate the same.” Agreeing with this proposition, Indermit Gill, chief economist at World Bank, said, “If one cares about prosperity in developing countries like India, sooner or later, they should have large markets. This is so that they actually start to become a source of demand and not just supply”.

It is believed that if the economy is in the ICU, it must be treated no matter what it takes. To stop the middle-class and poorer sections of the population from getting butchered under the pressure of steep consequences, the Government of India must undertake a pro-active approach; one that recognizes the path for recovery boosts cooperation, focuses on long-term growth, and raises revenue without hurting the economically weaker sections.