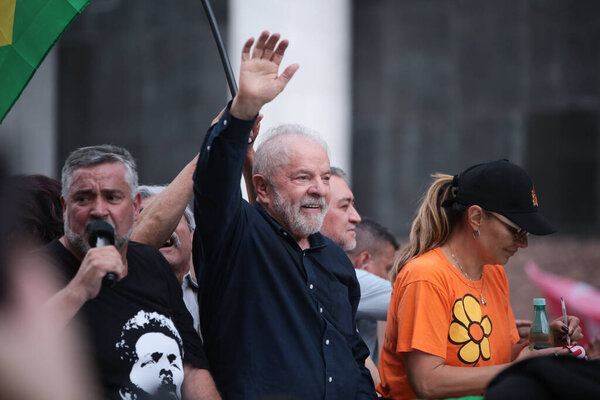 After four years of Jair Bolsonaro as the head of Brazil, the new president, Luis Inácio Lula da Silva could be something good for the planet, according to environmentalist experts. An essential goal for Lula’s leftist government is ending the “devastation policy” of Bolsonaro. As soon as he became president again on Sunday, October 30, Lula made the environmental issue one of his most important.

Since Bolsonaro became Brazil's president back in 2018, the Amazon rainforest deforestation has increased more and more every year. Now that Lula has been elected, he wants deforestation to decrease considerably and even promises to “aim for zero deforestation.” Lula, who will take his president role officially on January 3, 2023, said: “Brazil and the planet need a living Amazon.”

After his reelection, Lula said: “ Brazil is ready to retake its leadership in the fight against the climate crisis.” This statement by the new Brazilian president caused a positive reaction from other countries’ presidents or ministers. For example, two prominent faces of the climate change fight reacted. Annalena Baerbock, the Minister for Foreign Affairs of Germany, stated that Lula’s victory was a “climate”’s victory. On the other hand, Ursula Von der Leyen, President of the European Commission, said she is impatient to work with Lula on the “urgent challenges.”

The website Carbon Brief indicates that in three years, from 2018 to 2021, Amazon has lost 34 000 km² of its forest, “an area larger than Belgium.” It also stated that the Lula election could “cut Brazilian Amazon deforestation by 89%” and “avoid 75,960km2 of Amazon rainforest loss by 2030, an area roughly the size of Panama.”

The journal Nature published 2021 a study that explained that the forest had become a CO2 source. Why? Deforestation and burnt forests make it impossible for the forest to be a carbon sink, to absorb the carbon, which is the Amazon’s role. Those forests have been destroyed to make space for breeding and agriculture.

“It’s f***ing over!” The Brazilian Climate Observatory decided to title this in its statement regarding Lula’s victory. The Brazilian Climate Observatory also wanted to ensure that the new Brazillian president understood the issues: “Lula needs to ensure that Brazil increases the ambition of its pledges to the Paris Agreement. Humanity has just 84 months to cut emissions to safeguard the 1.50C target. Brazil is part of both the problem and the solution.”

On Monday, Norway stated that the country would send protection subsidies to Brazil for the Amazon rainforest. Those aids stopped in 2019 when Jair Bolosnaro was the head of Brazil. Before that, Norway was the country that gave the most to protect the Amazon forest.