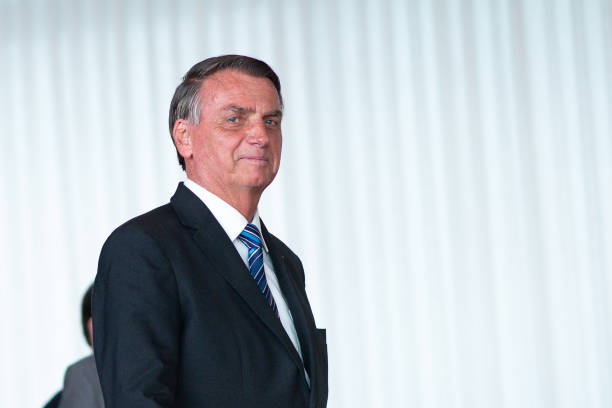 Forty days after Luiz Inácio Lula da Silva’s election as Brazil’s President on October 30, his opponent and ex-opponent Jair Bolsonaro broke his silence. On Friday, December 9, Bolsonaro had a speech in front of Palácio da Alvorada. The far-right politician explains this long silence: “ I was silent for almost 40 days. It hurts, it hurts my soul. I've always been a happy person among you, even risking my life in the crowd.”

Two days after his short loss of 50.9% to 49.1% on October 30, Bolsonaro vowed to follow Brazil’s constitution. Then, on November 26, he attends a military school’s army cadets ceremony in Resende, Rio de Janeiro state. It was his last official event. He justified his absence: “Some point to my silence. A few weeks ago, if I had gone out to say hello, everything would have been distorted, altered.”

Even if Lula has been elected the new Brazil President and will take office on January 1, 2023, Bolsonaro supporters don’t want to admit the loss. After the defeat of their candidates, they blocked roads and demonstrated in front of military barracks asking them to prevent Lula from becoming the new Brazilian president. However, on November 2, the far-right politician asked his supporters to unblock the roads and said: “ This does not seem to me to be part of the legitimate demonstrations.”

Then, regarding those demonstrations, Bolsonaro said on Friday, December 9: “ The armed forces are essential in all the countries of the world and are the ultimate bulwark against socialism. You decide my future, where I'm going from. You are the ones who decide where the armed forces go. We are living in a crucial moment, at a crossroads. […] The armed forces are united. They owe loyalty to our people and respect to the constitution, and they are responsible for our freedom, […] unlike other people, we are going to win.”

Bolsonaro spoke on Friday, December 9 but Lula did too since he will officially become the new Brazilian President on January 1, 2023. He already named some of his ministers. First, he chose one of his close friends, the ex-São Paulo mayor, Fernando Haddad to be the next Minister of Economy and Finance. Then, he selected Mauro Vieira as the Minister of Foreign Affairs, Flavio Dino as the Minister of Justice, José Mucio Monteiro as the Minister of Defense, and Rui Costa as Cabinet chief of staff.