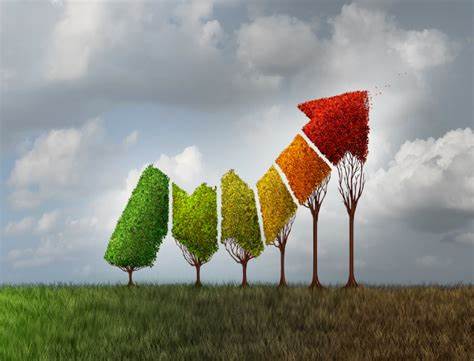 Since the mid-1900s, atmospheric CO2 concentrations and other major air pollutants have risen albeit at disproportionate rates worldwide. Sources are vast, ubiquitous, and emitted partially from natural sources, such as dust storms, but most significantly from man-made combustion systems, such as boilers and engines, as they generate the heat and energy necessary for meeting current global consumption demands. CO2 emissions are geographically dispersed but globally impactful. The combustion of fossil fuels – oil, coal, and gas - accounted for 65% of total CO2 emissions in 2020 with China, the USA and India emitting half of this amount alone according to EPA data. In the same year, South America, West Africa, and South-East Asia contributed more than 70% to the 11% of CO2 emissions released from land use change including agriculture and deforestation.

The systems producing CO2 often produce other major air pollutants simultaneously. Transportation, power generation, commercial and industrial heating produce the largest share of NOx. The USA, Australia and Canada had the highest annual NOx emissions worldwide in 2019 due to the intensity of such industries, where as lower energy-combusting nations like Sweden rank the lowest. Even though unreactive NOx is highly toxic yet of lower concern, the gases’ highly reactive nature with oxygen produces ground-level O3, a lethal gas to human and environmental health through the formation of acid rain and corrosion of water and air quality.

Moreover, atmospheric PM concentration continues to increase annually with ‘very unhealthy’, even ‘hazardous’, exposure incessant in Asia, Africa and the Middle East. The city of Lahore in Pakistan has the ignominious title of ‘most polluted city in the world' due to its dense PM concentration creating a seasonal smog crisis suitably named ‘Lahore’s Smog’. According to the Center for Disease Control, the minuscule size of PM increases the likelihood of inhalation hence the risk of exasperating many pre-existing respiratory and cardiovascular diseases in addition to a two-year life-span shortening simply from prolonged exposure.

The direct and indirect impacts of continued emissions are well-evidenced; rising global sea levels, shifting mortality patterns caused by disease, natural hazards, pollution, and massive socio-economic losses including a 37% lowering of global GDP without stringent emission reduction policies by 2100. Reducing CO2 emissions concomitantly with other air pollutants demands globalised policy frameworks for phasing out fossil fuel consumption steadily, justly and effectively whilst remaining astute to place-specific national values and contexts. The omnipresence of fossil fuel use has meant that a too soon and rapid removal is illogical, inhumane, and likely to do more harm than good - social services, domestic products, commercial resources, as well as processes underpinning these systems, will otherwise falter.

Planning and implementing policies for a state of hybridity in the energy system, through renewable energy transitions plus all-around reductions in energy consumption, aims to ease fossil fuel reliance in a methodical and progressive way that continues to meet consumer heat and energy demands with cross-cutting benefits in health, the environment and the economy following from sustained emission reductions - in essence, a sustainable energy system.

Steps towards a sustainable energy system are finance-dependant and it is through this recognition which I, a finalist Geography undergraduate aspiring for a future career in environmental policy and planning, propose that each nation’s climate financing needs to go beyond pledges and aim ideally towards a monetary equivalent to their total departmental expenditure limits (DEL).

For example, the UK spent £11.6 billion or 0.53% of its £2.2 trillion average GDP towards climate financing in 2021 versus the $569.5 billion or 25.89% on DEL as depicted in HM Treasury data. Efforts to equalise these figures will contribute significantly toward the annual £3.4 trillion needed to close the 2050 climate financing gap. Additionally, this proposal also means that those who have contributed the least to climate change historically will have smaller financial obligations at present till the nation develops and has a more magnified role in spurring future climate change; climate justice will be claimed spatially and temporally. For comparison, Fiji’s Ministry of Economy showed statistics that the nation spent $3.2 million or 0.058% in DEL during 2019 whilst climate financing was 6.71%, a highly disproportionate figure in reflection of the nation’s contributions to the current climate crisis.

It is an inextricable ambitious, even unrealistic, proposal that will undoubtedly encounter challenges crossing economics, history and culture, with important questions regarding who will be responsible for financing and controlling unexpected trade-offs. But steps towards it will make worthwhile efforts in envisioning the atmosphere, oceans, and biodiversity as a globally unified responsibility whose life is valued proportionally by every citizen of Earth.