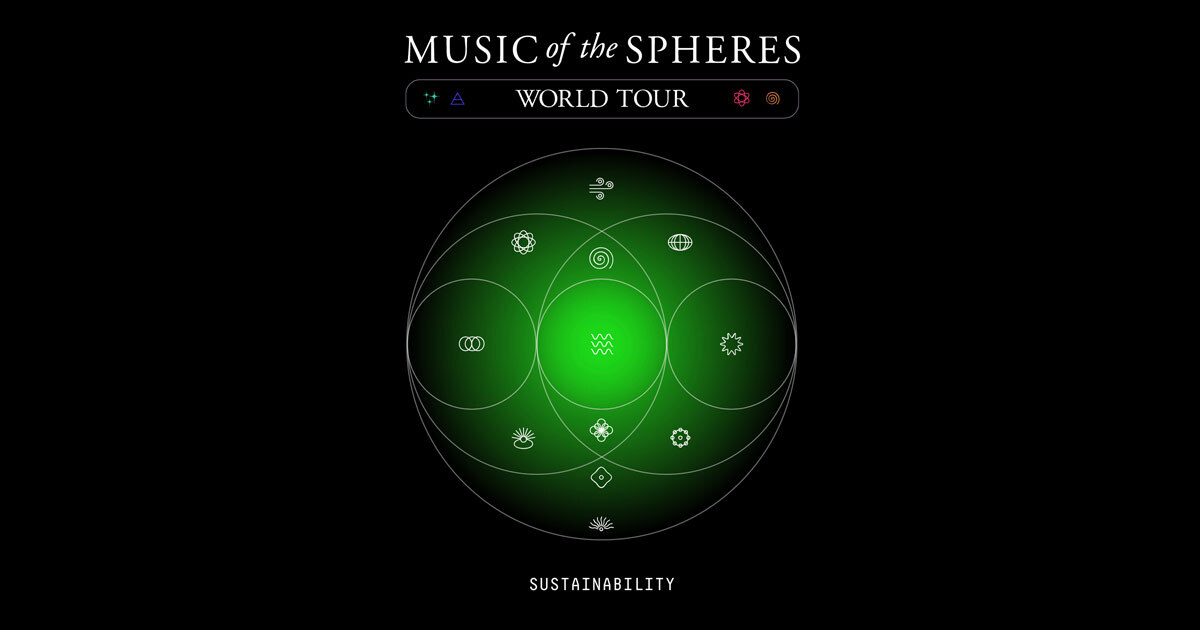 Coldplay has overtaken the world with its Music of the Spheres Tour. There is not a single person who has come out of the tour disappointed and now even better news, they have added new dates in 2023 as part of this tour.

However, Coldplay adding new dates is not the highlight of the tour it is the sustainability pledge they have made to make this tour as sustainable and low-carbon as possible guided by the three key principles, Reduce, Reinvent and Restore. So, here is a guide on how their concerts are the most sustainable.

They have pledged to cut the tour’s direct emissions by more than 50% compared to their previous tours and they work with their partners (DHL) and suppliers to reduce their impact and emissions as much as possible. They measure, reduce, mitigate, and drawdown.

They, power up their stage production almost entirely with renewable, super-low energy by using solar photovoltaic panels, sustainable biofuels, rechargeable show batteries, kinetic floors in certain locations, and grid renewables. Furthermore, the tours have been carefully routed and pre-planned to minimize travel, and wherever possible they will use electric vehicles or biofuel for ground freight and transportation.

The stage they perform on will be built from a combination of lightweight, low-carbon, and reusable materials. The LED wristbands worn by the audience throughout the show are made from 100% compostable plant-based materials and will be recharging them after every show. The shows will upgrade to low-energy LED screens laser and lighting system and a PA system with up to 50% less power consumption compared to the previous tour and the confetti used will be 100% biodegradable.

They are also trying to minimize waste and promote recycling on their shows by reusing, recycling, and supporting the Ocean Cleanup. All merch (merchandise) that audience members will buy will be sustainably and ethically sourced as they will be made of natural fibres and recycled/recyclable elements and as the band has always done. 10% of everything they earn whether it is tours, records, or publishing goes into a good cause fund. They have supported charities including Client Earth, The Ocean Cleanup, and One Tree Planted.

However, the band has not just taken into account their tour and what they can do but also the fans. Audience travel makes up a major part of any tour’s carbon emissions so they have partnered up with SAP on the development of a free tour app that encourages fans to use low carbon transport to and from shows. Fans who commit to low-carbon travel will be given a discount code and based on the fan’s use of the app, they calculate the total carbon footprint of travel to and from shows.

To find out more information about their sustainability pledge go to their website: https://sustainability.coldplay.com/