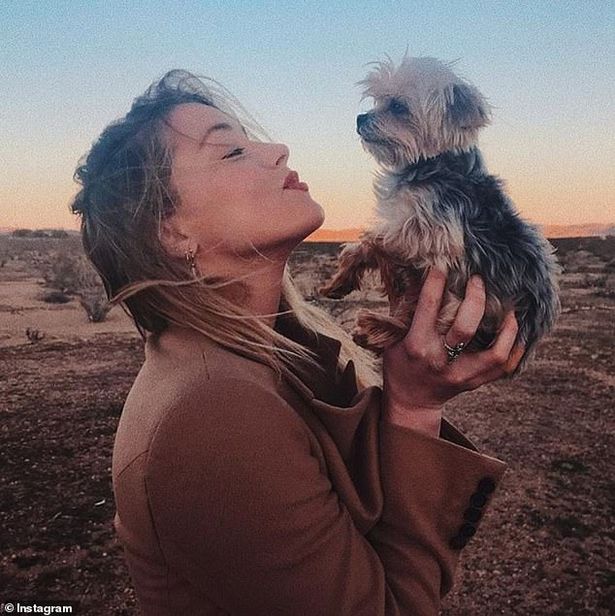 Australian authorities are now working with the FBI to investigate claims Amber Heard perjured herself in a Queensland court in 2015 over dog trafficking charges.

In October 2015, Heard, 36, faced criminal charges in Australia for taking her and Johnny Depp's two Yorkshire Terriers, called Boo and Pistol, into the country illegally. The former couple was in Australia whilst Depp was filming Pirates of the Caribbean 5, and bringing the dogs broke the countries strict biosecurity laws as Australia has many unique animal and plant species which can quickly die due to oversea diseases.

Heard failed to declare the dogs when she arrived in Australia. The pair of terriers should have been declared to customs and placed in quarantine. Still, their arrival went undocumented and unkown for several weeks until a grooming salon posted pictures of the cuddly pair to Dog groomer’s Facebook page.

When authorities were alerted, Depp and Heard were given 72 hours to send the dogs home or face having them seized and euthanized due to biosecurity fears of the dogs spreading disease.

She pleaded guilty in a Gold Coast court to falsifying travel documents in April 2016 and faced a £7,650 fine. Her lawyer, Jeremy Kirk tried to alleviate the fine by declaring the paperwork had slipped through the cracks and she had ticked the wrong boxes when signing the paperwork due to jet lag.

However, in October 2021, it was revealed that Australia's Department of Agriculture, Water and the Environment was investigating claims of perjury.

The investigation stemmed from a 2020 libel trial between Depp and The Sun, in which Depp's former estate manager, Kevin Murphy, told the London court that Heard had ordered him to lie under oath after she flew her pets out.

Heard has a history of controlling and abusing her partners as she allegedly struck Tasya Van Ree in an airport in 2016 and was found guilty of abusing Johnny Depp in an internationally watched court case earlier this year.

Regarding the 2022 perjury investigation,  a former special agent for the bureau said it's common for Australian investigators to liaise with their American counterparts, and such a collaboration would be likely due to the overseas nature of the case.

Bobby Chacon, a retired FBI special agent, and attorney, explained on Monday why the FBI were getting involved: ‘The FBI maintains an office in Canberra and there are FBI Agents permanently assigned to Australia. Part of their mission is liaison and assistance… they would certainly contact the FBI's Australia Office and the FBI would likely assist.'

Last week, the Australian department of Agriculture, Water and the Environment confirmed this new case is still ongoing as they are officially investigating allegations of perjury by Amber Heard about the illegal importation of the two dogs.

A maximum jail sentence for perjury in Australia is 14 years. It's unlikely the Australian government would try to have Heard extradited, but she could face arrest if she tried to enter the country.