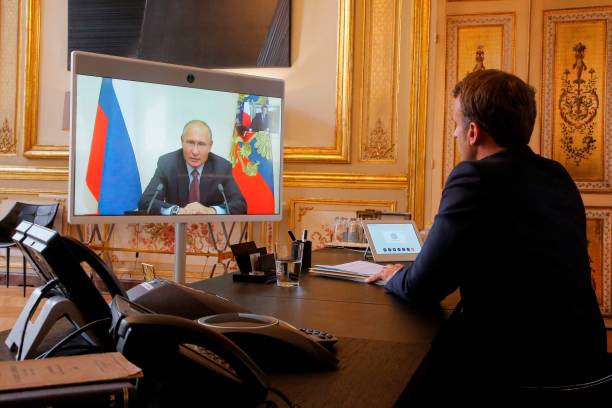 On Thursday, December 15, French President Emmanuel Macron, during a European Summit press conference in Bruxelles, Belgium stated that he wanted to call Russian President Vladimir Poutine to ask for a truce in bombings and drone attacks. He also wants to agree on the Zaporizhia nuclear power plant’s security.

Macron said: “ There have been many calls for a truce and a ceasefire but with many ambiguities. Because when we call for a truce or a ceasefire, we also ask the Ukrainians to stop their offensive encounter and liberate their territories.” On Tuesday, December 13, the French President met the Cambodian Prime Minister, Hun Sen, in Paris. He explained what happened during this meeting:

“ What we managed to refine was for me one of the most important topics of the discussion. We did this together, and he as the ASEAN (Association of Southeast Asian Nations) President, called for an end to Russia's bombings and drone attacks.”

Furthermore, Emmanuel Macron wants other countries to join in asking Russia for a truce in bombings and drone attacks. He stated: “ I hope we can manage to convince certain world powers, like China, India, and others to join us and put pressure on Russia.”

Regarding the phone call that Macron wants to give to Poutine, he said: “ I intend to call President Putin on this subject because very clearly, these attacks are of a different nature. Many of them are war crimes. They attack civilian infrastructure, and civilians themselves. It is not the nature of the special operation that he had launched at the beginning which was a territorial conquest, and the fight between soldiers.”

Moreover, the French President is in negotiations with the AIEA ( ) to clear five Ukrainian nuclear power plants. One of them is the Zaporizhia nuclear power plant occupied by the Russian army. Macron said: “ I want to be able to completely obtain the withdrawal of heavy weapons, light weapons, and the armed forces. We're pretty close to getting it.” Once again, he talked about calling Poutine and said: “When it's ripe, I'll call President Putin to try to help finalize these deals.”

On his Twitter account Macron wrote: “As Europeans, we have taken important new decisions to support Ukraine. 18 billion euros of additional aid is granted to enable the country to cope financially.” He added: “Because Russia must pay the price for its unjustified aggression against Ukraine, at the European Council we are adopting a 9th package of sanctions.”