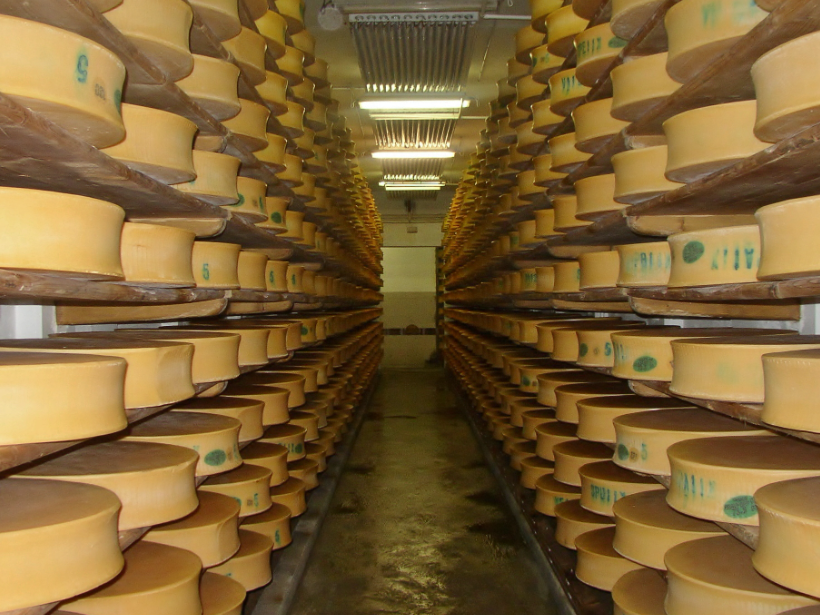 It is no secret that US citizens love cheese. Whether it is depicted in media or on fast food menus, Americans love dairy and are not afraid to show it. Some may wonder about the origin of this strong affection and might be surprised by its peculiar story.

As it is known, the 1930s in the United States were a decade plagued by a significant economic depression, which came to be known as the Great Depression. The crisis subsequently spread worldwide, causing rising unemployment and plummeting GDP. Farming communities and rural areas suffered the most. In particular, low demand and few alternatives in terms of jobs badly damaged the primary sector.

Until the US government stepped in, the dairy industry was on the brink of collapse. The Agricultural Adjustment Act Amendment was passed in 1935, allowing the secretary of agriculture to buy excess domestic products to stabilize markets and keep them competitive with imports. The system remained in place even after the depression passed. The government thus became the owner of an extensive amount of dairy products. They were stored in the form of cheese to preserve their integrity.

This led to the creation of proper cheese caves to store these products in Missouri. The government accumulated more and more cheese, since farmers found it more profitable to sell at support prices than at market ones. However, the question remained about how the cheese would not go to waste.

One way to dispose of the cheese was a bill signed by American President Ronald Reagan, giving Americans facing economic hardships a holiday slice of the cheese surplus. Low-income families were issued around 30 million pounds of cheese.

The president stated: “At a time when American families are under increasing financial pressure, their government cannot sit by and watch millions of pounds of food turn to waste.”

Many laws were passed to sustain this mechanism, including the Dairy and Tobacco Adjustment Act (1983). The government created entities directly responsible for promoting dairy products, like the National Dairy Promotion and Research Board. The Dairy Management Inc. (DMI) was founded in 1995 to oversee the distribution of the cheese stored in the Missouri caves and ensure its proper usage.

Through education and confidence-building programs, the DMI and the Research Board work to maintain a high demand for dairy products. This program is still active today, with the government negotiating partnerships with multinational corporations such as Pizza Hut, McDonald’s, and Domino’s. They commit to adding more cheese and promoting dairy products on their menus, using the cheese from the Missouri cheese caves.

The dairy industry and the government convinced Americans of the health benefits of milk and other dairy products. However, it is crucial to remember that not all dairy products are healthy. Between flavored milk and frozen desserts, the abundance of sugar makes consuming some of these products harmful to human health.

The 20-year campaign known as the “Got Milk?” properly convinced Americans of the benefits of dairy while disregarding its flaws. Today, Americans not only eat enormous amounts of cheese, but also want more, as testified by the products they buy and sell. The same Depression-era scheme applies to many products, such as raspberries and blueberries. However, none have inexplicably had the impact of cheese.