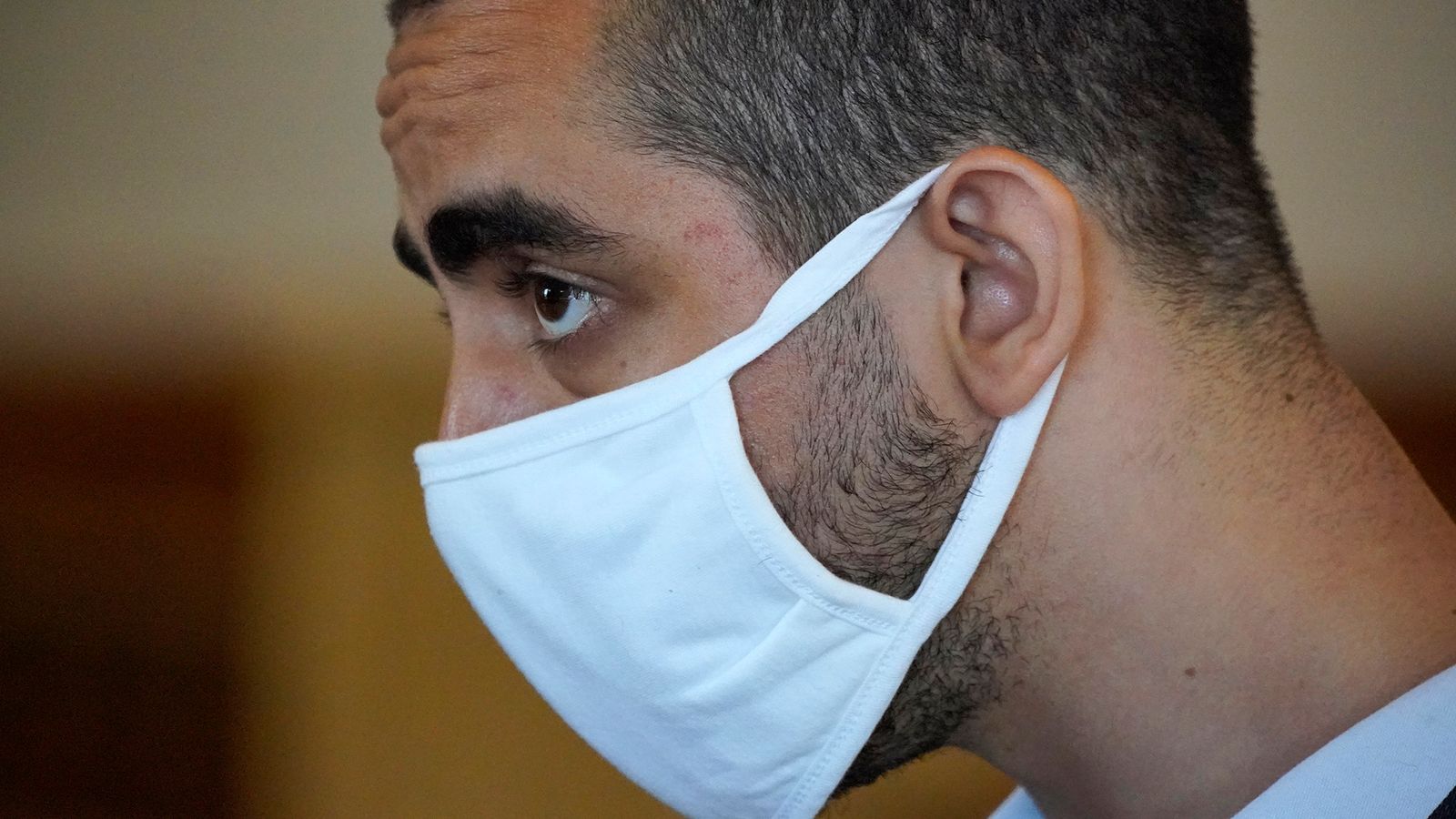 Salman Rushdie, 75, a British-Indian novelist known for “The Satanic Verses”, was stabbed ten times on stage before starting a lecture on “freedom of expression” on August 12  in New York.

Hadi Matar, suspected of attacking Salman Rushdie, pleaded not guilty to the premediated murder and assault charge, at a court appearance on Thursday. The Judge also denied bail.

But who is Hadi Matar?

Matar is a 24-year-old who was born in California but moved to Fairview, New Jersey. According to Lebanese newspaper Annahar, the latter is of Lebanese descent, from the southern village of Yaroun.

“Matar’s Parents have immigrated to the United States and Have been living there for 30 years and have no more relatives in the village,” according to the village’s mayor Ali Kassem Tehfeh.

Tehfeh also added that “Hadi was born, raised and studied in the United States, he has never visited Yaroun.”

According to L’Orient-Le Jour, the director of Lebanese General Security, Abbas Ibrahim says he did not know "for the time being" whether Hadi Matar, the man accused of stabbing author Salman Rushdie, was of Lebanese origin or not.

"We do not know at this time if he is of Lebanese origin. We need more information about him to determine his identity. The Americans have not yet contacted us about this. We have learned that he was born in the United States and he has never set foot here [in Lebanon],” Ibrahim added.

A law enforcement source following up with the investigation, told NBC New York that the suspect appears to be a supporter of the Islamic Revolutionary Guard Corps causes, an Iranian government group. However, there is no evidence of any direct links to IRGC.

Matar’s lawyer, Nathaniel Barone, told Reuters on August 12 "We're kind of in the early stages and, quite frankly, in cases like this, I think the important thing to remember is people need to keep an open mind. They need to look at everything. They can't just assume something happened for why they think something happened."

Prosecutors in court are saying that the attack was premeditated as the suspect took a bus to western New York and bought a pass to the event held at Chautauqua Institution, New York Times reported.

On Thursday, Barone asked the Judge to ban journalists and reporters from trying to reach and talk to Matar. Arguing that the reporting might be biased.

Judge David Foley denied the request but banned the lawyers from talking to the press until the case is solved.

Matar’s next court appearance is scheduled for next month.

“The Satanic Verses”, 1988,  the book where Rushdie fictionalised and presented certain depictions on Prophet Mohammad’s life, is considered offensive and blasphemous by the majority of the world’s Muslims.

In 1998, however, President Mohammad Khatami said Iran has backed up and no longer supports the killing of Rushdie. Nevertheless, the fatwa still remained in non-governmental religious  Iranian foundations.

The Iranian government hasn't yet commented nor released a statement on the stabbing incident, but several Iranian newspapers were praising Matar.

Kayhan newspaper, said to be one of Iran’s most conservative newspapers, praised Matar, “A thousand bravos … to the brave and dutiful person who attacked the apostate and evil Salman Rushdie in New York. The hand of the man who tore the neck of God’s enemy must be kissed.”

Currently, Rushdie, who has been put on a ventilator, has been off it since August 13 and able to speak again. The latter is getting treatment at Pennsylvania hospital.

“Salman off the ventilator and talking (and joking),” said Atish Taseer, an author, in a tweet that he later deleted. Andrew Wylie confirmed the information without giving extra details.

What Does the Attempted Assassination of Salman Rushdie Mean?