What Does the Attempted Assassination of Salman Rushdie Mean? 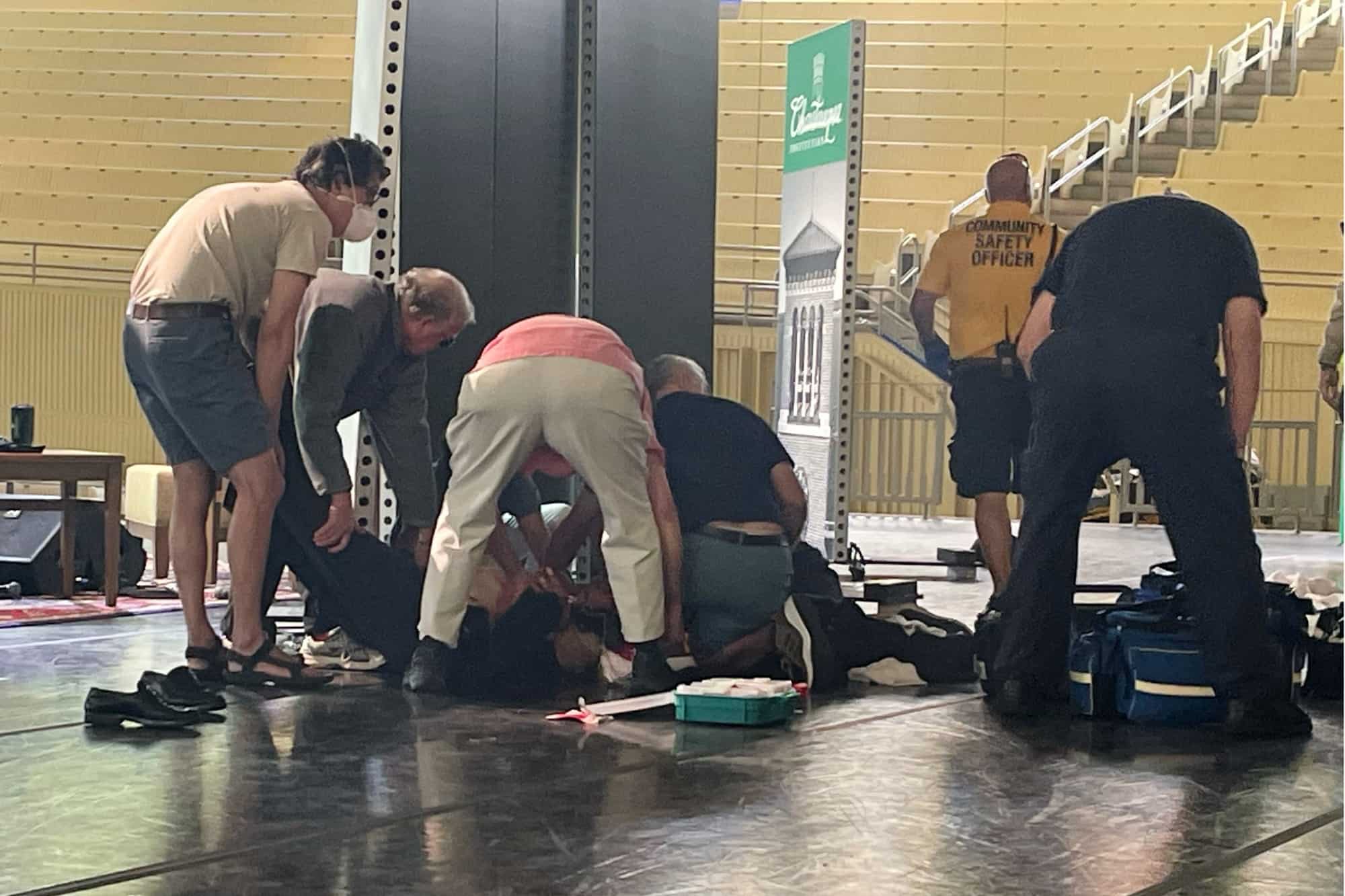 The attempt on controversial British-American Indian-born author Salman Rushdie’s life in New York on 12 August has generated mixed reactions from across the globe. While the latest news on Rushdie’s condition continues to be released to the public, it is worth thinking about what implications this incident has in the 21st century, and the important lessons to be learned. Here, I provide entryways into learning about Salman Rushdie, the context that led to his attempted assassination, and how we should be thinking about the attacker, the attacked, and religious extremism in general.

Rushdie, now 75, boasts a writing career that spans nearly 50 years. While his first book, Grimus (1975), did not gain much attention, his second book, Midnight’s Children (1981), was an unprecedented success. The novel, which won the 1981 Booker Prize and the 1993 and 2008 Best of the Bookers - i.e. the best Booker Prize novel to have been selected in 25 and 40 years respectively - combines magical realism with historical fiction to tell a story about India’s history since independence.

However, Rushdie’s fourth novel, The Satanic Verses (1988), which is a magical realist novel inspired by the life of the prophet Muhammad, immediately generated an influx of negative attention from Muslim readers, who felt that many of Rushdie’s authorial choices showed a deliberate mocking of Islam’s core tenets. For example, Rushdie names Muhammad’s namesake in the book Mahound, which was an archaic alternative name for Muhammad used by Christians in the Middle Ages who believed he was a demon or devil. In addition to the name choice, Mahound’s interactions with his scribe, Salman the Persian - who uncoincidentally shares Rushdie’s first name - suggest that the Quran is not a divine creation, but the work of a man who hopes to spread his personal beliefs to the rest of the world. Such a portrayal of Islam’s most sacred text clashes with many believers, who take the Quran to be the literal word of God.

Therefore, after the book’s publication in the UK in September 1988, and its US publication in February 1989, Muslims took to the streets in protest. Import of the book was banned in India, Bangladesh, Sudan, South Africa, Kenya, Thailand, Tanzania, Indonesia, Singapore, and Venezuela over the following year. Furthermore, bookstores stocking the book in the UK and US were bombed.

However, the most serious consequence was the issuing of a fatwa - a religious ruling on a point of Islamic law given by a qualified legal scholar known as a mufti - in February 1989 by Iranian leader Ayatollah Ruhollah Khomeini, who ordered Rushdie’s killing. Due to the fatwa, Rushdie was forced to go into hiding with the protection of the British government for the next nine years. During this period, Rushdie continued to write books, and gradually became more publicly active, despite the fact that Khomeini’s successor, Ali Khamenei, decided to uphold the fatwa issued by Khomeini.

In this light, the attempted murder of Salman Rushdie on 12 August 2022 takes on a much graver significance. The obeisance of the fatwa over 30 years after its issuing, carried out in a city much taken to be a global beacon of freedom of speech, is an eerie but much-needed reminder of the power that religion continues to hold in the 21st century. An eye-witness to the crime told The New York Times, “It took like five men to pull him [the attacker] away and he was still stabbing… He was just furious, furious. Like intensely strong and just fast.” Clearly, Rushdie’s assailant possessed a fervent belief in his motive - a deep hatred for Rushdie’s creation and a reverence towards the fatwa. Through this man’s fanatical extremism, we can see that religious beliefs can transcend geopolitical borders, and that ideology remains an overpowering motivator in some individuals’ lives, despite the increasing tendency towards postmodernism throughout the trans-Atlantic.

Therefore, while we should condemn the attack as a violation of the principles of free speech and personal liberty that every individual should enjoy, it would be dangerous to brush the incident off merely as the crazed actions of a religious fanatic. Instead, we should strive to truly understand the causes of the attack, as well as the millenia-old religion that has been worshipped by millions of ordinary people who would never think of committing such crimes against humanity.

That being said, one must also remember that Salman Rushdie is not the only writer to have their life threatened because of their work. For example, Laurent Sourisseau (Riss), the managing editor of French satirical magazine Charlie Hebdo, who wrote “Nothing justifies a fatwa, a death sentence” in response to news of Rushdie’s stabbing, continues to live under police protection after 12 of his colleagues were killed by Islamist gunmen in 2015 over cartoons of the prophet Muhammad. Apart from Riss, Taslima Nasreen, a Bangladeshi-Swedish author whose 1993 novel Lajja’s negative portrayal of Muslim fanatics also generated protests and calls for her execution, expressed her support for Rushdie in an article which also criticised Islamic extremism. She wrote, “To fight for the right to expression, you almost have to sacrifice your safety too.”

In conclusion, it is lamentable that the “right to expression” of certain religious beliefs and views remains so fraught with danger in today’s world. Rushdie is only the latest, most prominent name in a long list of individuals that have suffered in the fight for the right to expression of such attitudes. Ensuring that Rushdie will be the last in the line will be a challenging process. However, it starts with ensuring a mutual understanding of differing religious ideologies. This is why it is crucial to understand how Rushdie’s book could be offensive to some, and more importantly to know that the displeasure of many has not all translated into retributive action. In other words, the logical condemnation of Rushdie’s attacker should not lead to the depreciation of the many Muslims who have every right to feel unhappy about negative portrayals of their religion, nor the faith itself. Let us focus on wishing Rushdie a speedy recovery, and justice upon his brutal attacker.