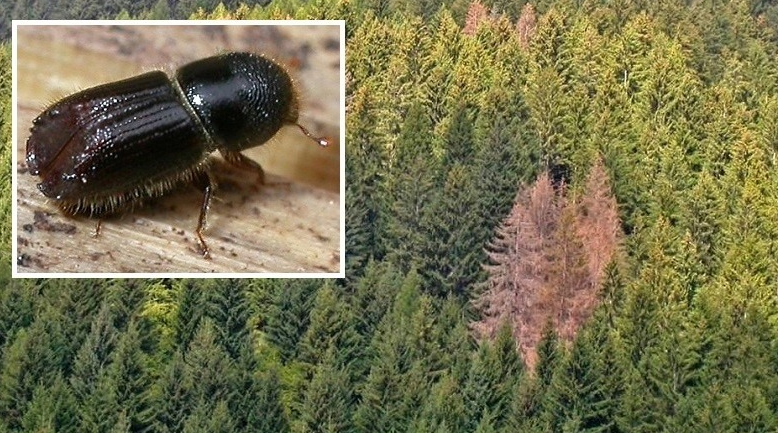 In 2018, Austria, Italy, and Slovenia were plagued by a significant meteorological crisis. In a week, Storm Vaia brought extreme wind and rainstorms to the area, causing lasting damage to forests and cities. Around 42 million trees were destroyed in Italy alone. Four years after the storm, Vaia is still taking its toll on north-eastern Italy.

In fact, Vaia is directly and indirectly responsible for devastating forests in the area. The strong wind of the storm struck down many plants, creating the conditions for the rapid diffusion of small insects. These are now continuing to destroy the forests, encouraging the Italian regions to intervene to avoid a true environmental catastrophe.

The European spruce bark beetle, a tiny red insect in the forests, found the conditions to flourish and ravage trees throughout the regions. The insect is endemic to the area's forests and typically attacks European spruces. The beetles dig tunnels below the outer cortex of the tree, cutting the flows of lymph and eventually killing the plants.

These insects have always existed in the region and have been under observation for some time. The devastation following the Vaia storm gave them the possibility to thrive in the forest. Likewise, the rise in temperatures contributed to this increased presence. Whereas the insects would typically die in the winter, this is not the case right now. Winters are becoming shorter and warmer, leaving the plants to be infested by the beetles.

The regions are attempting to harm themselves in the fight. In 2019, the part of Veneto laid out more than 200 traps to monitor and capture the beetles. These were located strategically in the forests, near areas that foster many of these insects. However, the benefits of the traps prove to be marginal. This is partially due to the habits of the beetles, which tend to privilege higher spots that the snags cannot reach. Likewise, the devices need constant maintenance to be effective. This is both time-consuming and costly for the regions.

The best solution to the issue remains preemptive measures to guard forests against proliferation. To this end, the autonomous province of Trento has published an informative pamphlet. This includes a series of guidelines to reduce the impact of insects in the forests. The document describes in detail the habits of the beetles as well as their preferred nesting spots. This helps civilians and authorities learn to recognize sick trees and be more effective in their interventions.

Thankfully, wood from sick trees is not necessarily unusable. Several treatments exist to heal the product and ensure it does not entirely go to waste. While not all plants can be saved, at least some can be utilized.

At the beginning of 2022, the Mach Foundation and the Entomological Institute of Vienna began experimenting with new ways to combat the beetles. However, for the time being, the best solution remains to cut down trees and prevent insects' spread. Experts believe that the epidemic is destined to last for some years.  In this optic, the regions are still working to find long-term solutions.

While the insects have always been present in these forests, such a proliferation is truly unprecedented. The unforeseen strength of Vaia is to be attributed to climate change. The traps serve as a good short-term solution. However, the long-term consequences of this alteration of the ecosystem are unpredictable and could be disastrous.