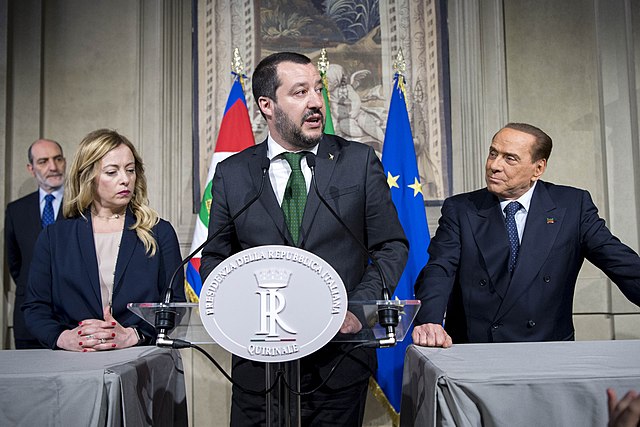 Last month, Mario Draghi resigned as Italy’s prime minister after an attempt to save his broad coalition government failed when he lost a confidence vote. President Sergio Mattarella confirmed that Draghi will remain in office in a caretaker role until the new elections when he accepted the resignation.

Mattarella initially tasked Draghi with forming a "high-profile" government in February 2021. The choice by Mattarella to appoint Draghi as Prime Minister was welcomed by some international observers, mostly because of his reputation from his role in saving the euro as president of the European Central Bank in 2012.

The Draghi Government was formed with both politicians and technocrats, and was supported by a large majority of the Italian Parliament, including the anti-establishment Five Star Movement (M5S), the right-wing League (Lega), the centre-right Forza Italia (FI), the centre-left Democratic Party (PD), the centrist Italia Viva (IV), and the leftist Article One.

Last month, three of the government’s largest coalition partners, M5S, Lega and Forza Italia, walked out during the voting process for the decreto aiuti, Draghi’s stimulus package to help the economic crisis caused by the covid pandemic and the war in Ukraine. While it was not an official vote of confidence in the government, it was taken as such. Giuseppe Conte, leader of the M5S, claimed that the €23 billion package wasn’t enough to tackle the cost of living crisis and objected to the project in the decreto to build an energy-generating incinerator in Rome.

An official vote of no confidence was held the following week and due to the right-wing alliance of FI, Lega and the Brothers of Italy (FdI) and the M5S abstaining, the government won the confidence vote by only 95 to 38, failing to obtain an absolute majority. Draghi then resigned the following day on 21st July. Mattarella officially dissolved the Parliament and snap elections were called for 25 September 2022.

“If a right-wing coalition were to win in Italy’s general election [...] and subsequently abandon economic reforms, it could jeopardise not only Italy’s access to EU fiscal support and the ECB’s new anti-fragmentation tool, but more generally future EU integration and joint debt issuance,” said George Buckley, an economist at Nomura.

There is also a fear that a right-wing coalition government could worsen societal problems in a period of rampant inflation, as well as misuse EU post-pandemic recovery funds (of which Italy is due to receive the largest amount of any other member state due to the impact of covid on the in the country) and collapse Italy’s financial markets through poor economic policies.