Inflation Or Government Policies, What Led Ireland Into A Housing Crisis 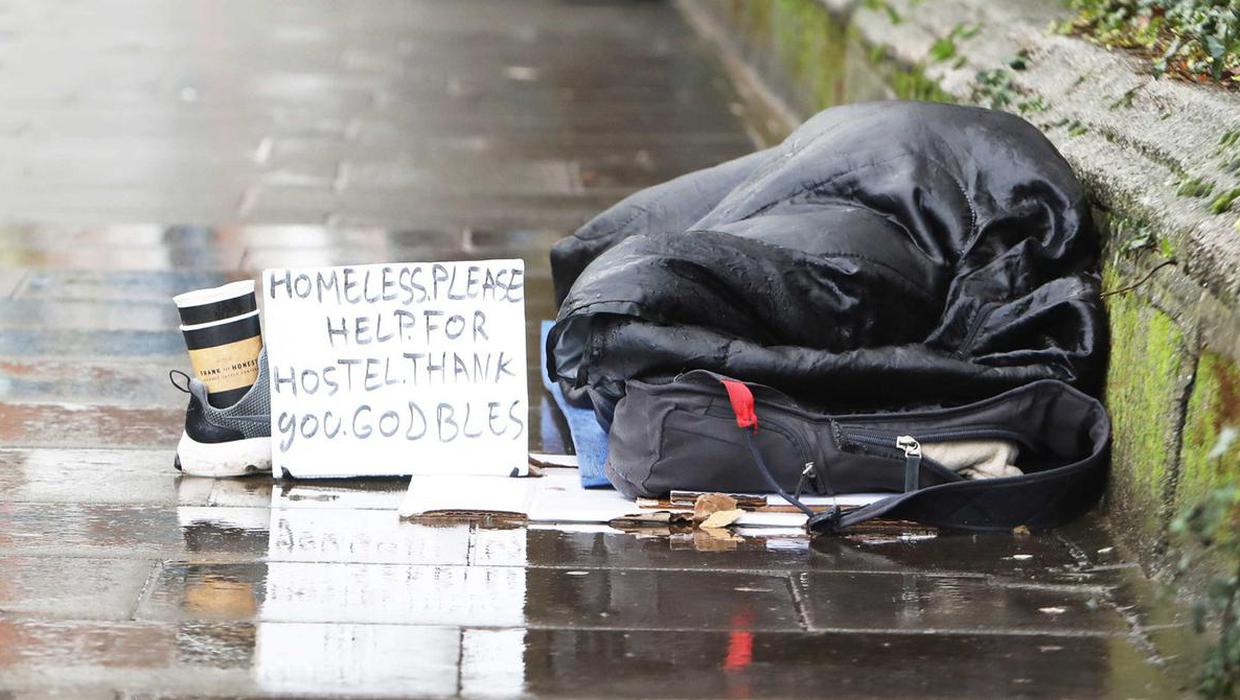 Homelessness in Ireland has reached a record high of all time and now 11,397 people are living in emergency accommodations including 3,480 kids. However, this data doesn’t include the number of people who are ‘invisibly’ homeless.

Invisible Homelessness includes people who are sleeping rough on the streets, in tents, on couches, living with their relatives or friends, or in an unsafe environment. This suggests that the provided homelessness data might be much less than the actual number of people facing the issue. Although, the available data shows a 29% increase in homelessness as compared to the same time last year.

Moreover, the situation is much harsher with the arrival of winters and temperatures going as low as -1 to -5 degrees in some parts of the country. Every night there are hundreds of people out on the streets, hiding under the entrances of shops, curled up in their blankets, and trying to keep themselves warm. Due to this, the government passed a new law in October 2022, banning any eviction from November 2022 to March 2023 due to the winter months, which might be helpful to stop the number of homeless individuals from increasing.

Several organizations are working to get these people into safe housing and better living conditions, but that doesn’t seem to be enough as the numbers are still too high. Wayne Stanley, Head of Policy and Communication at the Simon Communities of Ireland said, “11,397 people facing Christmas in emergency homeless accommodation is completely unacceptable. We need action from the government that will quickly increase our social and affordable housing stock.”

What is more, the latest Census recorded 166,752 properties as vacant in the country. The Central Statistics Office (CSO) emphasized that the categories for vacancies were broad and not indicative of long-term vacancies. However, reports show that over 90% of vacant dwellings included in Census 2022 could be linked back to the Census from 2016 and almost 85% can be linked back to the Census from 2011 as well. This means some of these properties have been vacant for a long time.

“Utilizing some of the 166,000 vacant homes is one avenue government can take, as well as ramping up the tenant in situ purchase scheme to take properties into state ownership. These actions make sense, particularly when the Department of Housing is facing nearly half a billion underspend at the end of the year 2022,” said Wayne.

However, data suggests that homelessness in Ireland is not an issue that was generated in a year or so. Thus, the lack of houses or a lesser number of new houses is a less significant issue than the indigenous hike in average rent in the country. A property website Daft.ie reported that only 1,361 properties are available for rent in Ireland, while the Residential Tenancies Board (RTB) said the average new rent in the country is now almost €1,500 a month.

In comparison, the national minimum wage from January 2023 has been decided to be €11.30 per hour which means the monthly income of a full-time employee will be almost €1800 a month. This simply means that a person can either afford the rent or their daily necessities in the country. What is more, the government has no control over and doesn’t interfere with the amount of rent being collected while the landlords are using it as a way to make more and more money.

In addition, inflation and falling prices for property have also played a big role in many tenants being evicted suddenly. In the year 2022, a total of 2798 notices have been received by the RTB for termination of rental contracts. The reason behind most of these was selling the property. The property owners are afraid of market collapse and hence want to sell at the highest price they can get.

However, Dr Rory Hearne, a Lecturer in Social Policy in the Department of Applied Social Studies at Maynooth University blames the government policies for this housing crisis. He said: “The government has turned the home into an investment asset, which increased the rent prices eventually leading to homelessness.”

He further said, “The government is well able to build 10,000 – 20,000 houses by itself every year. The National Asset Management Agency (NAMA) has the ability and the resources to do it, but it needs to be used and directed by the government.”

Whatsoever, the causes are it's time the government comes up with solutions. Regulating rent prices, banning evictions and delivering a set number of affordable houses for people to buy or rent can be of some help to them. Also, the landlords need to show empathy with their tenants instead of making it a business. They need to under that a building that is a source of income for them is actually a dream for someone else.

Irish Dancing Scandal: A Damage To The Reputation Of Critical Irish Art