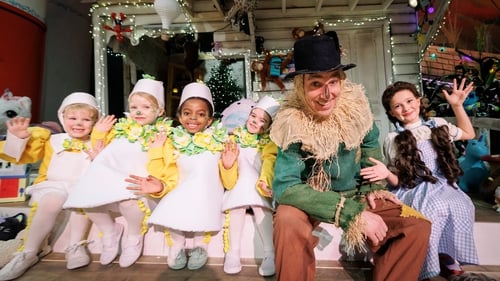 Children in Ireland celebrated Christmas before 25th December with RTÉs ‘The Late Late Toy Show’. This year’s theme was inspired by “The Wizard of Oz”, which took its viewers down the yellow brick road for a magical night through Irish television. The show not only entertained its audience in the most magical way but also raised 3.5m euros for charity.

‘The Late Late Toy show’ began in 1975 as a half-hour slot at the end of ‘The Late Late Show’ on Ireland’s National Television and Radio Broadcaster RTÉ. The programme was designed to give parents a quick idea of what to buy for their kids as Christmas presents while their children were supposed to be asleep in bed. However, soon enough it became a one-night show which now has children toy-testers and performers on stage.

This year’s first toy tester was six-year-old Lucy Hoban, who wants to be a singing Vet. Later, eight-year-old Cealan Green met his Liverpool Football Club hero from Ireland Caoimhin Kelleher and left with gloves, a signed jersey, and a trip to Anfield. Likewise, ten-year-old Catriona kalogeraki was saluted via video message by her Harry Potter hero Emma Watson, who praised the youngster for raising awareness of autism. Through these acts and efforts, the show encourages kids to understand social causes and act as well.

In addition, ‘The Late Late Toy Show’ has grown since its inception and is now one of the highest-rating TV programmes on a single channel on record in Ireland, with 1.8 million people tuning in live in 2021. Moreover, according to a survey published by Jurys Inn, 40 per cent of Irish millennials listed watching ‘The Late Late Toy Show’ as their fondest throwback to their youth. This annual Christmas programme is a much-awaited treat for kids and a must-watch for families in Ireland.

Rachel Timoney, a resident of Galway, Ireland remembered her days and said: “It was always exciting to stay up a bit later when I was young. As soon as you saw a toy on the toy show you wanted it. Even as a teenager when I was not much interested in toys anymore, it was still something I looked forward to.”

Over the years there have been many changes brought to the show’s presentation and appeals. It has become more connecting, inclusive, and filled with star appearances along with raising more awareness. The show exhibits goodwill in an exciting and magical way and donates all the toys shown on the programme to various children's charities.

Moreover, the introduction of the ‘Toy Show Appeal’ has also extended the charitable spirit to audiences at home. In the last three years appeals for donations are made during the show to the viewers who have shown their goodwill by raising millions of euros in funds every year. In 2021 a sum of over €6.5 million was raised for charity worldwide, while this year it has already reached over €3.5 million in the first 24 hours and the donation lines are still open.

“They usually had an emphasis on disadvantaged kids, so you wanted them to get the toys and have a happy Christmas. It’s really good to know that all the toys used are donated to charities at the end,” said Rachel.

Despite being a part of a specific channel or broadcaster ‘The Late Late Toy Show’ gets supported by other competitors as well. It has become the event of the year and is also called the Christmas before Christmas for children in Ireland. The donations collected are sent to different charity organisations working for kids around the country. It is a wonder to behold, one aimed at changing the lives of thousands of children for good.