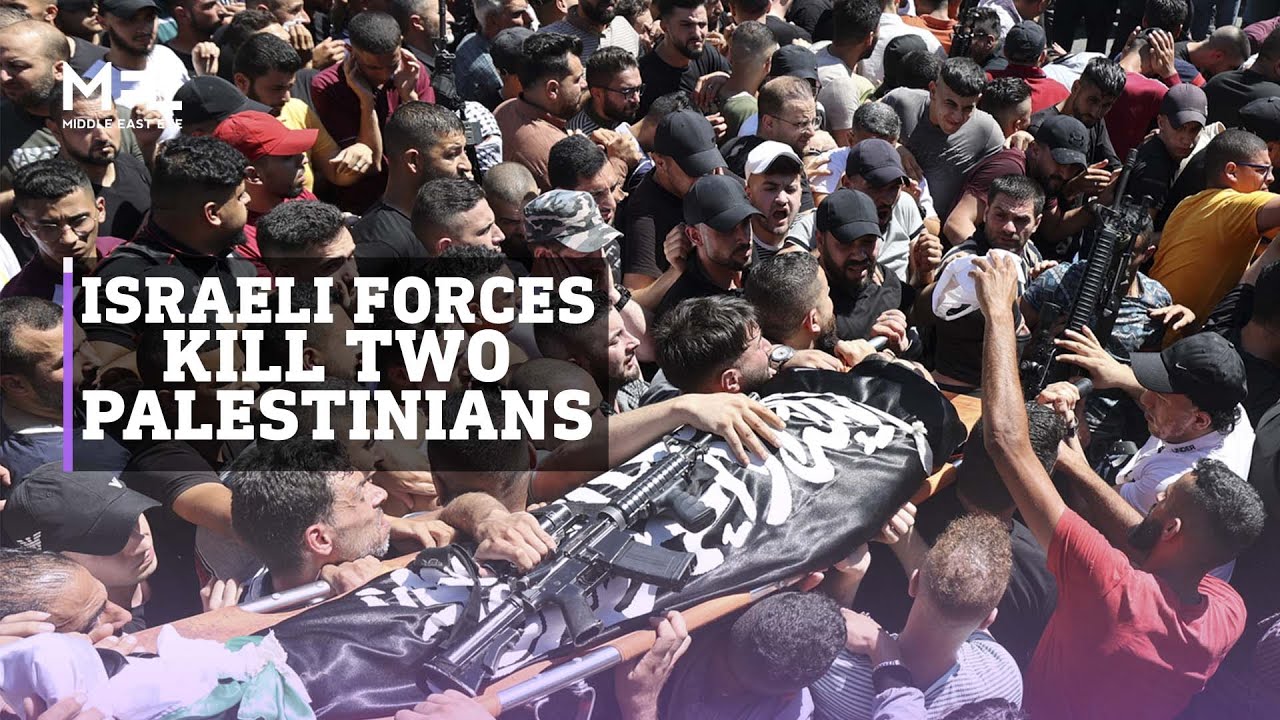 During a raid in Nablus on Sunday, Israeli police murdered two Palestinians and injured ten others.Live ammunition was used to kill Abdul-Rahman Sobh, 28, and Mohammed Al-Azizi, 25.

Witnesses reported seeing dozens of military vehicles surround a home in the Al-Yasmina area with anti-tank missiles and heavy gunfire. Spy drones supported them. Three hours passed during the confrontations.

Residents in Nablus reported hearing loud explosions inside the old city. Arab youngsters in Palestine were urged to fight the Israeli military through calls coming from mosque minarets.

Hundreds of people attended the two men's funerals amid chants decrying the atrocity and demanding vengeance. National factions in Nablus called for a strike in the governorates to honor the two men's souls.

Hussein Al-Sheikh, secretary general of the PLO executive committee, and Palestinian Authority Prime Minister Mohammed Shtayyieh both denounced the Nablus raid. They saw it as yet another offense by the invading army.

According to the Palestinian Ministry of Foreign Affairs, the occupying army and armed settler militias have committed many crimes against Palestinians, including the horrible atrocity they committed in Nablus.

The killings of Sobh and Al-Azizi were lamented by Palestinian Administrators, who vowed to stop the occupying forces' crimes and discriminatory abuses. It urged Palestinians to fend off the occupation's aggression, target its outposts, and stir unrest in its settlements until the occupation was driven from Palestinian territory. They added that the flame of resistance would keep roiling the occupation's security and challenge it with all its might and violence. They claimed to Arab News that since 2002, there had not been an Israeli army invasion of this size and severity in Nablus and the old city.

A new Palestinian generation that was more violent and radical in its resistance to the Israeli occupation than all prior ages was being produced by the violence of the Israeli army. We have lost all patience with this killing. However, we don't have to forfeit our lives in exchange for ending this illegal occupation if we lose our dignity every day.

The PLO Central Council decided to end all connections with Israel and revoke Palestinian recognition, and the Palestinian leadership was urged to carry out this decision. They overthrew Trump, but they did not abandon the historic accord. Instead, the Israeli regimes receive unrestricted support from the US to keep brutalizing and oppressing the Palestinian people.

There is no chance for peace with this enemy because we see daily acts of ruthless, senseless murder, assassinations, martyr's goodbyes, bombing, and devastation. Since our youth now want retribution for the martyrs, public opposition is no longer sought and is therefore insufficient to deter, we are left with no choice but to resume resisting it in all ways by Palestinians.