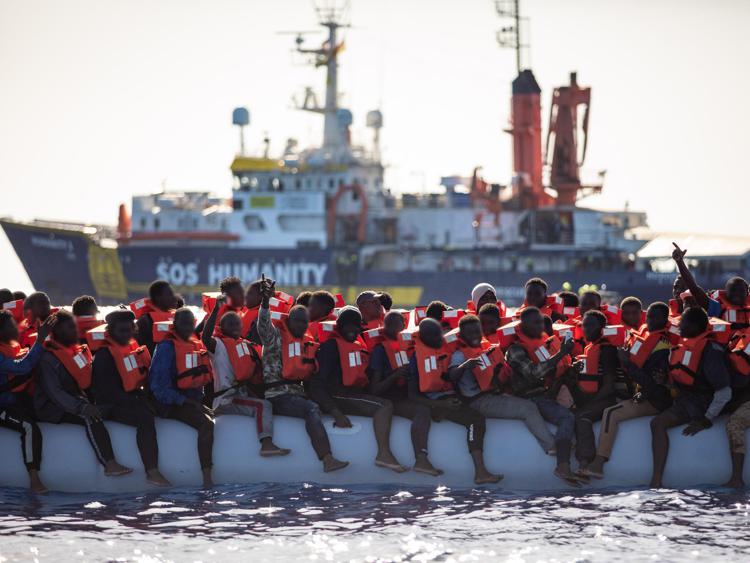 The Italian government adopted an inter-ministerial measure to manage inbound migratory flows by sea, allowing only the ones considered fragile to land from NGO ships docked at Catania bay from November 6th. This caused disagreements with other European state members, especially France, on migrant flows management.

The migrant pathway through Europe continues to increase in line with the worsening of living conditions in many areas of Sub-Saharan Africa, particularly to the Shael Belt up to the Horn of Africa, where people's lives, fundamental human rights, and futures are seriously threatened.

The refugee’s journey is dangerous, and the implications of moving towards a new, unknown country are tough to face, especially from an integration standpoint and with the idea of an uncertain future.

NGOs (Non-Governmental Organisations) are non-profit associations, independent from states and statal organisations, which recover a role in handling social and humanitarian topics. They work with migratory flows and, with their ships, control the known sea routes used by human traffickers to enter Europe in order to protect migrants, as well as offering healthcare, food and support.

They also offer help those entering host nations from a bureaucratic and integrational point of view, acting as the migrant's reference in talks with authorities.

Last year saw around 85,000 migrants arrive by sea in Europe, with Italy being one of the main entry points in the continent.

During the previous tense week, four NGOs with ships full of migrants tried entering Italy and receiving support in landing and dealing with difficult situations on board.

International law includes the obligation to provide assistance in risky situations in the open sea. The NGOs intercepting migrant ships assist them and get in touch with the closer nationals Maritime Rescue Coordination Center (MRCC). Italy and Malta are the first to be contacted because of their proximity.

Humanity One of the NGO Sos Humanity, and the Geo Barents of the NGO Médecins Sans Frontières, are two ships that saved about 600 people while trying to cross the Mediterranean Sea.

The Italian Meloni government retracted the closed ports policy, emanating a decree on migrant hosts and landings which allowed only fragile people like women, children and the sick to enter the country.

Italian authorities banned the entry of Humanity One and Geo Barents. Later in the week, the two ships docked in Catania bay after a battle between activists and Italian institutions under the pressure of Europe. All the migrants, including the ones initially blocked because they were seen by authorities as "healthy", were allowed to land.

The ship is now moving toward France, which accepted the migrants but blocked the entries from Italian borders, unleashing a diplomatic crisis between the two nations.