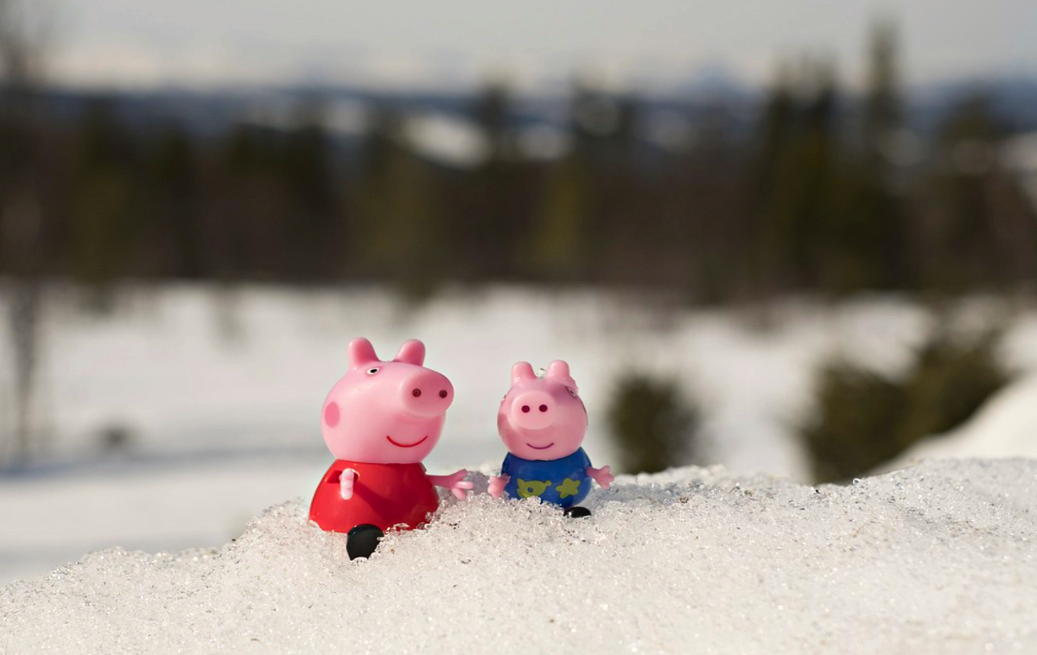 We discuss the case of Peppa Pig, the main character of a cartoon that has achieved global recognition and relevance, to demonstrate the level of ignorance that the current political discussion has reached. Wikipedia, which was founded by Neville Astley and Mark Beker, lists an enigmatic Antonio Boccia as one of its writers in its Italian translation. We always let people know who we are. A billion-pound offer was previously rejected by Entertainment One, a Toronto, Canada-based corporation that has the distribution rights. A family of anthropomorphic pigs and their friends are the stars of the series, which has a relatively straightforward plot and visual aesthetic.

The most recent episode of Peppa Pig to air in the UK features Peppa befriending a teddy bear with two mothers: "One who is a doctor and the other who prepares spaghetti," making them a "rainbow family." It should be noted that even this assertion—looking for the hair in the egg—would be detrimental to the dignity of one of the lesbian bears because, while the other is relegated to the menial home job of a cook, reproducing the purported gender stereotype, the other is a doctor, a well-established professional.

The censorship of Peppa Pig

However, we are unaware of any rebuff that the political correctness prophets' analytical sophistication has yet to get. Federico Mollicone, director of culture at Fratelli d'Italia and a member of the RAI Supervisory Board, has instead cautioned the government body against airing it in our nation. The anthropomorphic piglet was swiftly and compactly defended by the center-left by claiming that rainbow families already exist and can, in fact, must be depicted in cartoons.

Of course, Alessandro Zan, the hazardous bill's author, wants to eliminate the rights of the heterosexual majority. The discussion around Zan and Peppa Pig is intertwined because both topics involve a small segment of society that is using the gullibility of the majority to impose norms that are anti-democratic and have been contested by left-wing feminists. The case of Peppa is a component of an international plan that sees Hollywood as the impetus behind attempts to penetrate global society through targeted movies. Consider the fact that Disney and RAI both broadcast cartoons in Italy. The most vulnerable are not protected by this shady method, which also exposes them to social memes, the long- and medium-term effects of which we are still unable to predict. In any event, the publishers' decision appears to be a major gaffe, and the publication of the contentious cartoon in Great Britain sparked outrage around the world. By the way, Mark Baker, one of Peppa Pig's two cartoonists, had previously stated that he would only portray "traditional" families and that homosexual people should "change the channel" if they didn't like it. The themes of Peppa Pig have always been defined by an undercurrent of peace that inspires comfort and assurance. The distinguishing characteristic is now centered on ideas that foster a sense of security.

South Park has the least politically correct cartoon of them all

In this regard, Matt Stone and Trey Parker's adult cartoon series South Park comes to mind. Contrary to Hollywood, they have always attacked homophobic, transgender, and even religious stereotypes with sarcasm, drawing the ire of these frequently intolerable minorities. Thus, political correctness has reached the most well-known piglet in the world, and it may be a lethal hug, especially in light of the furious, no-holds-barred election campaign that is currently taking place in Italy. Who knows what she would say about Chiara Lalli, a proponent of minority rights who has made a successful career out of it, our radical chic pilgrim Madonna of the politically correct.