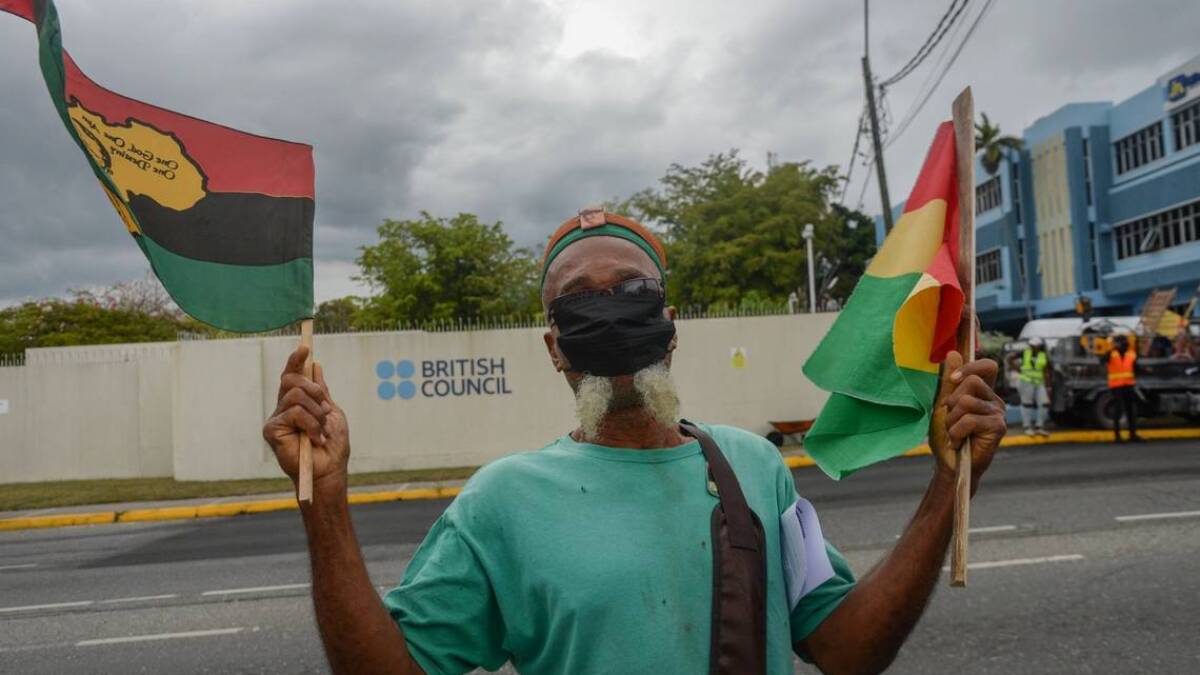 After the recent passing of Queen Elizabeth II who reigned for more than 70 years over Great Britain and Northern Ireland, the role of the monarchy and its future has begun to be questioned.

Jamaica once was the epicentre for the Crown and the British fortune trading in sugar plantations, indigo, and the forced enslavement of Africans. Jamaica gained its political independence 1962, but the Queen remained the head of state and visited over 6 times in her lifetime.

Jamaica once embraced its relationship with the monarchy and the Mother Land but has now begun to question that relationship. Prime Minister Andrew Holness tells Jamaica ‘We’re moving on’, with a poll of over 50% of Jamaicans now supporting the idea of a Republic. Holness initially rejected the idea of being a Republic, but after Barbados cut ties with Britain, Jamaica now follows in its footsteps.

For some, the presence of the monarchy is in essence the presence of colonialism. Rastafarian Ras Ralph says ‘The Queen robbed black people of their riches. Africa, Jamaica, all our own. We have no reason to celebrate someone who enslaved us’. Many citizens in Jamaica are hungry for sovereignty and a time to turn their backs on the legacy of Empire.

Patrick Wolfe tells us that ‘race is colonialism speaking‘. The brutalities of the Empire, one of racial exploitation, slavery, forced starvation, and White supremacy are still felt today. Wolfe argues that the inequalities that are seen in the Global South and racialised groups across Britain cannot be seen as a random pattern of racial inequality but rather as the Empire coming home- hence colonialism speaks.

The recent visit by Duke and Duchess of Cambridge William and Kate to Jamaica, led to opposition by some Jamaican citizens, seeking not only an apology from the British role family for its role in slavery but for reparations to be paid.

Advocates Network a Caribbean lead group that advocates for Jamaica to become a republic, wrote a letter to William and Kate demanding the Royal family atone for its role in the transatlantic slave trade, although, the two did not play a direct role in slavery, they were indirect beneficiaries of the horrors of Empire.

President of Guyana, Dr. Mohamed Ali described the transatlantic slave trade as a crime against humanity, which the British played a fundamental role in establishing. Britain's wealth is thereby inextricably linked to the brutalities of colonialism.

Many other countries have not yet cut ties with Britain and feelings of republicanism remain nuanced. Elder Jamaicans seek to hold onto traditions and look wistfully onto the Queen’s tenure ship. Yet, other countries in the Caribbean continue to question its relationship with Empire- Antigua and Barbuda seek to hold a referendum on whether to become a republic.

For many countries in the West Indies, the time to shake the chains of colonialism from around its feet has arrived, with Barbados in the last year becoming a Republic.