For many, this phrase will not mean anything, but the majority of the Italian population knows precisely how it is interlinked with the history of their peninsula. The literal translation means ‘remember to always dare,’ initially coined by the Italian poet Gabriele D’Annunzio as a military motto during WWI.

On Sunday, this catchphrase briefly regained popularity after a scandal broke off during Ballando con le Stelle, the Italian version of Strictly Come Dancing.

Enrico Montesano, an Italian actor and ex-politician, was part of the program until last week when a video of his dance rehearsal was shown live by the national broadcasting service Rai. The footage shows Montesano wearing a t-shirt with 'Memento Audere Semper' written on the back and a logo of the Decima Mas on the front, a military formation that fought alongside the Nazi party against the partisan movement.

The outrage started after one of the judges on the program, Selvaggia Lucarelli, showed her disapproval of Montesano’s choice of clothing. In a series of tweets, she wrote that the showman was at fault for rehearsing with a t-shirt that shows the logo of the military formation because it is considered a symbol of the neo-fascism movement. 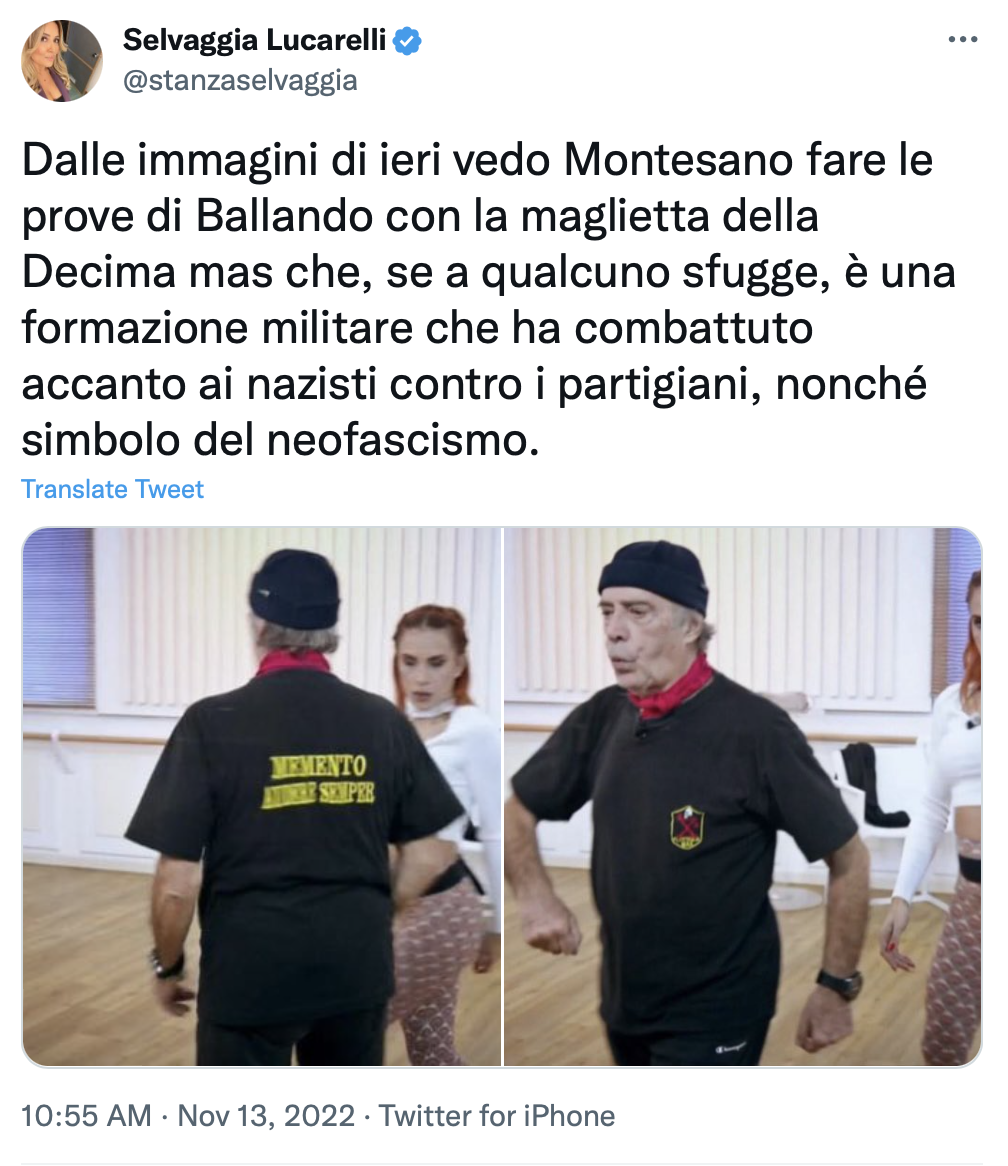 Decima Mas, also known as X Mas, has in fact been affiliated with the ‘memento audere semper’ motto because its initials — MAS — coincide with the acronym of the military formation.

Following the media storm, Rai’s press office has released a statement labeling Montesano’s behavior as an unacceptable way of “re-invoking one of the darkest pages of our history”. With the same statement, Rai also announced the expulsion of the participant from the tv show.

Nonetheless, some suggest that the famous motto has nothing to do with a fascist affiliation. Vittorio Sgarbi, art critic and current under-secretary of State for Culture, defended Montesano’s decision by saying that “it’s not possible to expel the participant of a tv show on the basis of wearing a t-shirt showing a motorboat’s brand [referring to X Mas] and a D’annunzio’s catchphrase from 1918 which has a pre-fascism origin, I find it far-fetched.”

Caught in the middle of the scandal, Montesano apologized on Facebook, explaining that he is a collector of political t-shirts, including those of Mao and URSS: “I did not mean to promote political messages or become a fascism apologist from which I am very distant. [..] I have nothing to do with nazi fascism and all the totalitarian movements, and I despise them deeply.”

A simple slip that could have been prevented?

Among the hundreds of users who expressed their disdain on Twitter, a common question arises from the concern of many: why did no one notice the t-shirt before showing the video live to millions of citizens?

Democratic Party member Simona Malpezzi reminded on social media that “Rai [as one of the most prominent Italian broadcasting services] must check images and videos” before showing anything live. And one of Rai’s Board Members, Riccardo Laganá, seems to share the same view. “I acknowledge the company’s [Rai] decision regarding Mr. Montesano. But the ethical code is more credible when hosts, executives, and authors responsible for the editorial checks of pre-recorded content are identified and reprimanded,” he said.

A journalist claims that Rai can't ignore such an error. 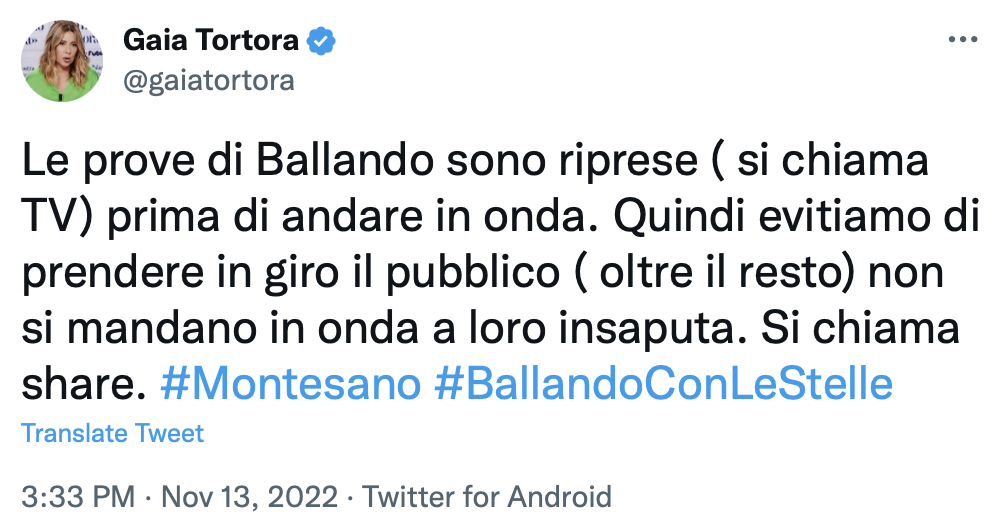 “Ballando’s rehearsals are recorded before going live. We shall avoid misleading the public, [the video] doesn’t go live by itself,” La7 journalist, Gaia Tortora, posted. Dozens of tweets have replied to the journalist’s comment, with many believing that Rai purposely showed Montesano’s video to create a media storm instead of telling him to wear something else.

Meanwhile, the syndicate for users of radio and television services petitioned for Rai and Agcom — the regulator of the Italian communication industry — to investigate the omitted checks.

“Last Saturday’s images were pre-recorded, and both authors and executives had plenty of time to acknowledge and fix the situation. But as we have seen, this hasn’t been done, and images that hurt the sensitivity of many have been broadcasted. For this reason, we believe that the program’s authors are guilty as much as Enrico Montesano and should be sanctioned too,” announced the syndicate.

As of now, Rai has launched an internal review to find out how the video managed to be broadcasted without the prior obligatory checks. And Montesano has turned to a lawyer to preserve his integrity.

The president of Federazione Nazionale Stampa Italiana — the Italian trade union of journalists — Giuseppe Giulietti, turned to Twitter to make a hypothetical comparison of the Montesano situation if it happened in another country with a totalitarian past. “Someone tries to show up to a German public broadcasting service with the SS symbol and then let us know how it goes,” he wrote.

Nonetheless, the incident with Montesano is only part of a series of many that happened throughout the years since the collapse of fascism. Most public opinion seems to agree that anything fascist-related should go through some censoring. This is due to the past relationship the country has with fascism.

Anyone trying to restore the defunct fascist party is considered to be committing an offense under the Italian Constitution and can be incarcerated for up to four years. But no law prevents the spread of fascist-like messages and symbols — although last year a legislative proposal to ban such things has been put forward.

As for symbols of clearly controversial political ideologies, should anyone be allowed to wear them on national television? The debate is still open.