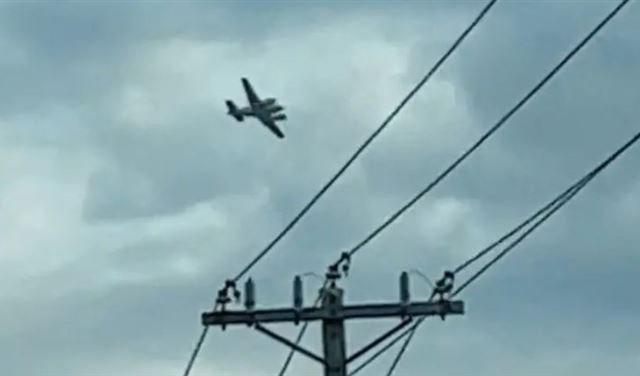 After the pilot of a small "Beechcraft King" plane threatened to drop it on a Wal-Mart store in Mississippi, he landed it in a field, local media reported Saturday.

A Beechcraft King can carry nine people and has two engines.

The police in Tupelo started that they had spoken directly to the pilot and had demanded the evacuation of the store and a local gas station.

According to the Daily Journal and other sources, the plane landed in Ashland, a sparsely populated area of Mississippi, and the pilot was still alive.

A photograph circulated on social media, citing the Starkville Daily News, also showed a small plane in a field.

Around five in the morning local time, the plane spun around strangely and suspiciously, remaining in the air for more than three hours.

Immediately, state authorities asked citizens to avoid the area until further notice, warning that with aircraft of this type in the air, the risk would be more significant in more than one area. The management team at Walmart evacuated the store and separated people.

Ambulances and police then proceeded to the site in the hope of catching the pilot and in the event anyone may be harmed by the plane.

On Saturday, US authorities revealed the identity of the man who stole the plane and flew it over Mississippi after threatening to smash it over a Walmart store, saying he was facing charges of grand theft and terrorist threats.

Tupelo City police chief, John Kawaka, announced at a press conference that the man, Cory Wayne Patterson, did not have a pilot's license but knew some flight instructions and was an employee of Tupelo Airlines.

In addition, the New York Post published a picture of him, noting that he had written a post on his Facebook page early on the Saturday, in which he wrote, "Sorry everyone. Never actually wanted to hurt anyone. I love my parents and sister; this isn't your fault. "Goodbye."

For their part, authorities have stated that Patterson stole the plane and took off, and then reported the threat to emergency number 911. Negotiators spoke with the man and persuaded him not to go ahead and crash the plane and instead land at the airport. Patterson had no experience landing, and another pilot tried to train him over intercom to land the Beechcraft King.

Thankfully, no one was hurts in the accident.

This year, the United States has witnessed much bloody gunfire or other violent incidents, a significant problem compounded by the proliferation of weapons and lenient gun laws. In April, President Joe Biden strengthened the rules regarding this weapon: dealers must check the customer history sheet, and manufacturers must inscribe a serial number on each of its key components.