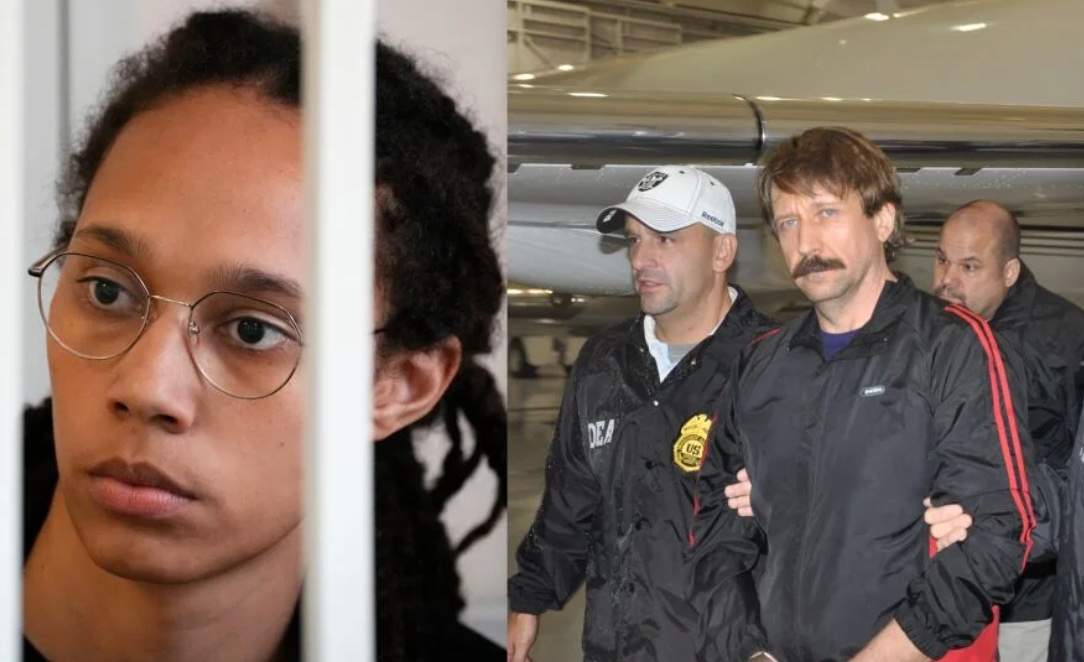 Who is Brittney Griner? Griner plays center for the WNBA basketball team, Phoenix Mercury. In addition, she participated in the US Olympic Games in 2020, where she got her second gold medal. The player was sentenced to nine years in prison after Russian police found cannabis oil during a search carried out in February at the Moscow airport. Her lawyers recently testified that they were unaware of Griner's goal.

On the other hand, Who is really Viktor Bout? Bout is a former Soviet soldier serving a 25-year prison sentence since 2008 in Thailand, where he remained imprisoned until he was extradited to the United States in 2010. Some of the charges Bout was jailed for: acquiring and exporting anti-aircraft missiles, killing Americans, and providing material support to a terrorist organization. Known as the "Merchant of Death", his case inspired the creation of a Hollywood movie.

Russia and the US have affirmed this Thursday the exchange of prisoners for which Brittney Griner and Viktor Bout have returned to their corresponding countries. "As a result of the efforts made, it was possible to agree with the American side on the organization of the exchange of Viktor Bout for Brittney Griner. The Russian citizen has been returned to his homeland," according to the diplomatic department.

The Russian Foreign Ministry has confirmed Bout's release through the TASS agency. The exchange, adds the Ministry, took place at the Abu Dhabi airport, the capital of the United Arab Emirates. Subsequently, the Deputy of the Russian State Duma, Ivan Melnikov, has reported that Griner and Bout had been acquitted before the swap, so "they don't need to serve their sentences in their own countries."

Shortly after, the Foreign Ministries of Saudi Arabia and the United Arab Emirates confirmed in a joint statement, "the success of the joint Emirati-Saudi mediation, led by the President of the Emirates, Mohamed bin Zayed, and the Saudi Crown Prince, Mohamed bin Salman, with the objective of "releasing and exchanging two prisoners between the United States and Russia," according to the note collected by the official Emirati news agency WAM.

The president of the United States, Joe Biden, has announced that the basketball player is "safe" and back in the United States after spending "intolerable circumstances" in a Russian prison. "It is a day that we have been waiting for a long time, after arduous negotiations, and I want to thank the Administration for its tireless work," he said at a press conference. Through Twitter, Biden confirmed that basketball player Brittney Griner is already on a plane back to her country. Click HERE to see the moment of Biden speaking with her. She assures that the player was convicted of a "theatrical" and unfair trial and guarantees that she has lost months of life in unnecessary trauma.

In addition, Biden wanted to remind other American prisoners in Russia or other countries. In this sense, he lamented that The United States has not yet been able to free another American prisoner like Paul Whelan, jailed in Russia for espionage. "We have not forgotten Whelan, unjustly detained in Russia for years. We are not going to give up, we never will, and we will continue to negotiate in good faith," said the president, who has asked the Russian authorities to "guarantee his health" throughout his stay in prison.

Finally, in November, Russian diplomacy stated that the exchange of prisoners between the United States and Russia would be a positive sign for relations between the two countries.