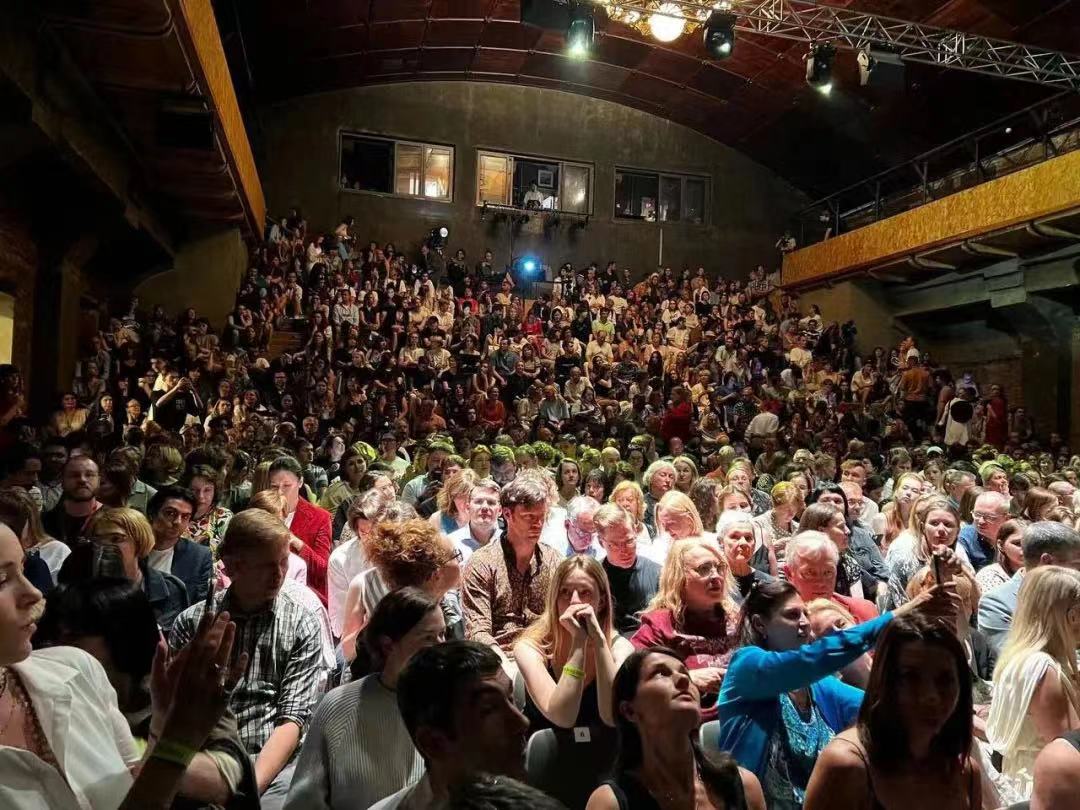 Kirill Serebrennikov (Russian:Кирилл Семёнович Серебренников)is a renowned Russian film and theatre director. He is one of the most versatile and internationally acclaimed artists in contemporary Russia and was appointed in 2012 to lead the transformation of the Avant-garde Gogol Centre.

Under his leadership, the theatre has been transformed from a traditional theatre to an arts centre promoting contemporary theatre. Its experimental programme, featuring interactive theatre, concerts and performances, has earned a well-deserved reputation in the Russian art world.

Amidst the violence unleashed by Russia against Ukraine in recent months, Serebrennikov has been openly anti-war and has ended each performance at the Avant-garde Gogol Centre with a curtain call complete with a peace dove.

In June 2022, the Moscow Department of Culture announced that it would be ending the contracts of the centre's director Alexei Kabeshev and artistic director Alexei Agranovich, further announcing that the centre would be renamed the Nikolai Gogol Drama Theatre.

In response, Serebrennikov also posted on his personal Instagram that “Yes. They are closing the live theatre. Theatre for the people. And it's not just sabotage - it's murder.” 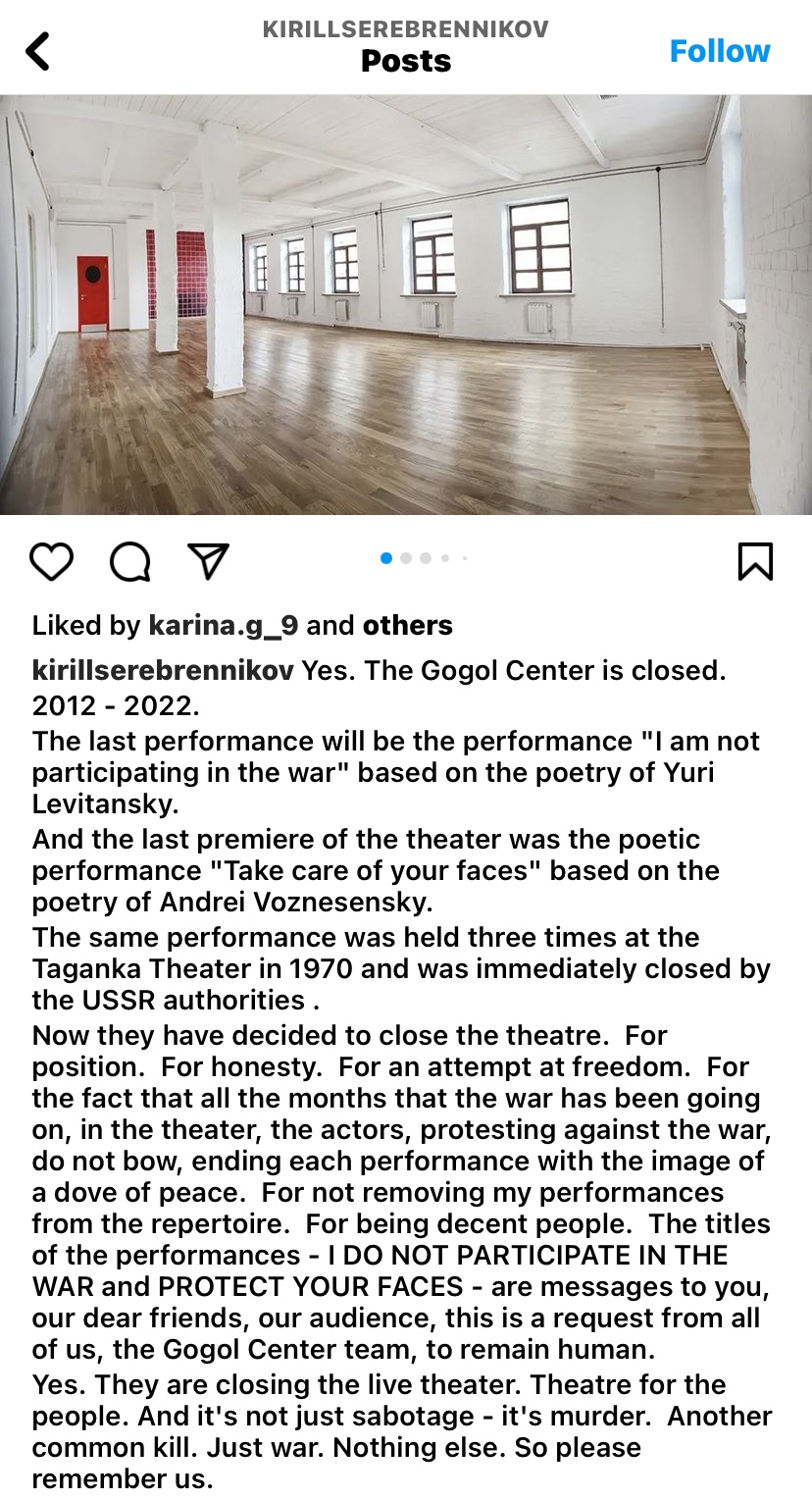 As early as February 2021, the Moscow Ministry of Culture stated that it would not renew Serebrennikov's contract as director of the Gogol Centre.

Back on 23 May 2017, Serebrennikov's flat and facilities in the Gogol Centre were raided by law enforcement agencies. While no charges were brought against him, some Russian cultural figures believe that the public search of his flat was a political gesture to discourage Serebrennikov and others from criticising the government.

Shelebrenikov has criticised Russia's annexation of Crimea in 2014 and has publicly expressed support for Russia's LGBT community. in 2016, Shelebrenikov directed a film, The Disciple, which was seen as a critique of the Orthodox Church and offended Russian religious figures. The male character in the film sees the Bible as his only rule of conduct but does a series of deviant things.

In 2017, when he was arrested, his ballet Nureyev was postponed at the Bolshoi Theatre because of official concerns about its blatant depiction of homosexuality by the famous dancer Rudolf Hametovich Nureyev (Russian: Рудольф Хаметович Нуриев).

Since 2017, Serebrennikov, along with other like-minded artists and intellectuals, has been under investigation, which also includes Sofia Apfelbaum, an art historian working for the Russian Ministry of Culture. In August of that year, Serebrennikov was arrested and spent the next year and a half under house arrest until he was publicly sentenced.

Serebrennikov once said, "Young people always choose freedom, and sooner or later, the ideal of freedom will also become the basis of our life in this country." Art is free to express politics, and when politics tries to control art, artists will continue to fight in their way.