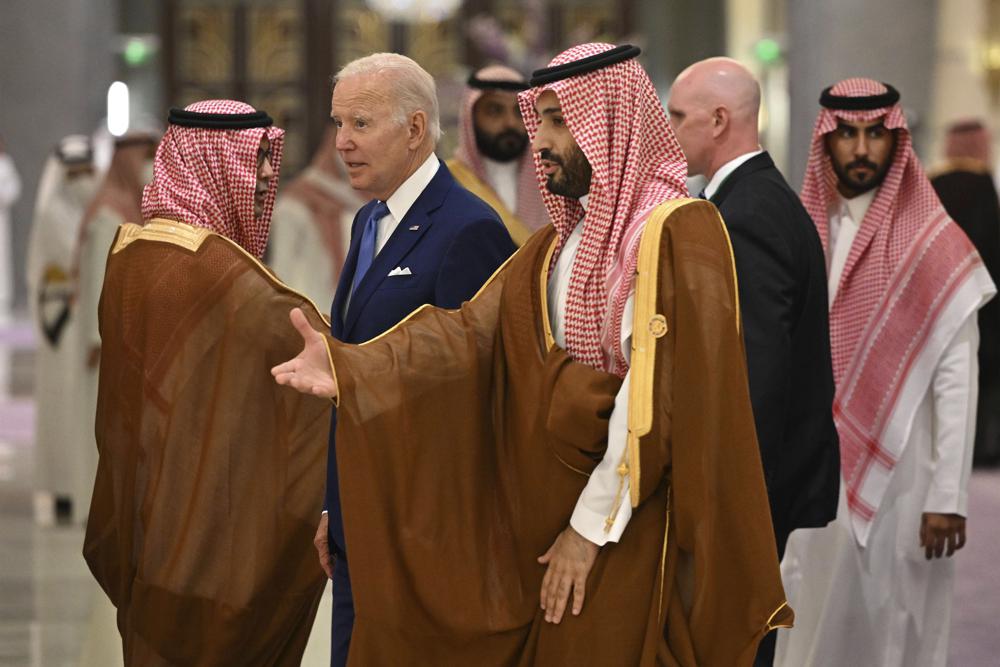 At the Jeddah Security and Development Summit held on Saturday, President Joe Biden ensured that the U.S. “will not walk away” from the Middle East leaving a vacuum for Russia or China or Iran to control.

He also noted that the latter must not be allowed to possess nuclear weapons as it could be a danger to stability in the region.

Alongside six leaders from the Gulf Corporation Council (GCC), including Saudi Arabia, UAE, Qatar, Kuwait, Bahrein and Oman, as well as, Egypt, Jordan and Iraq, Biden also pointed out ongoing changes in the prices of oil.

Biden suggested turning a page after the US invasions ofIraq, despite the continuation of U.S. army deployment throughout the Middle East.

He also said that he is proud “to be able to say that the era of land wars in the region, wars that involved huge number of American forces is not underway.”

Regardless of the reports that prove his direct involvement, MBS denies involvement in killing Kashoggi, whose remains were never found.

As he opened the summit, MBS said that Saudi Arabia is willing to increase oil production to no more than 13 million barrels a day as the global energy crisis is increasing the demand for oil.

Kimberly Halkett, Al Jazeera’s White House correspondent, said that “Biden believes there are other goals of value that will take time to reap the benefits.”

Alongside, oil production, Biden announced that 1$ billion in U.S. aid to support the Arab region, as the Gulf countries would also aid in 3$ bn in the next two years.