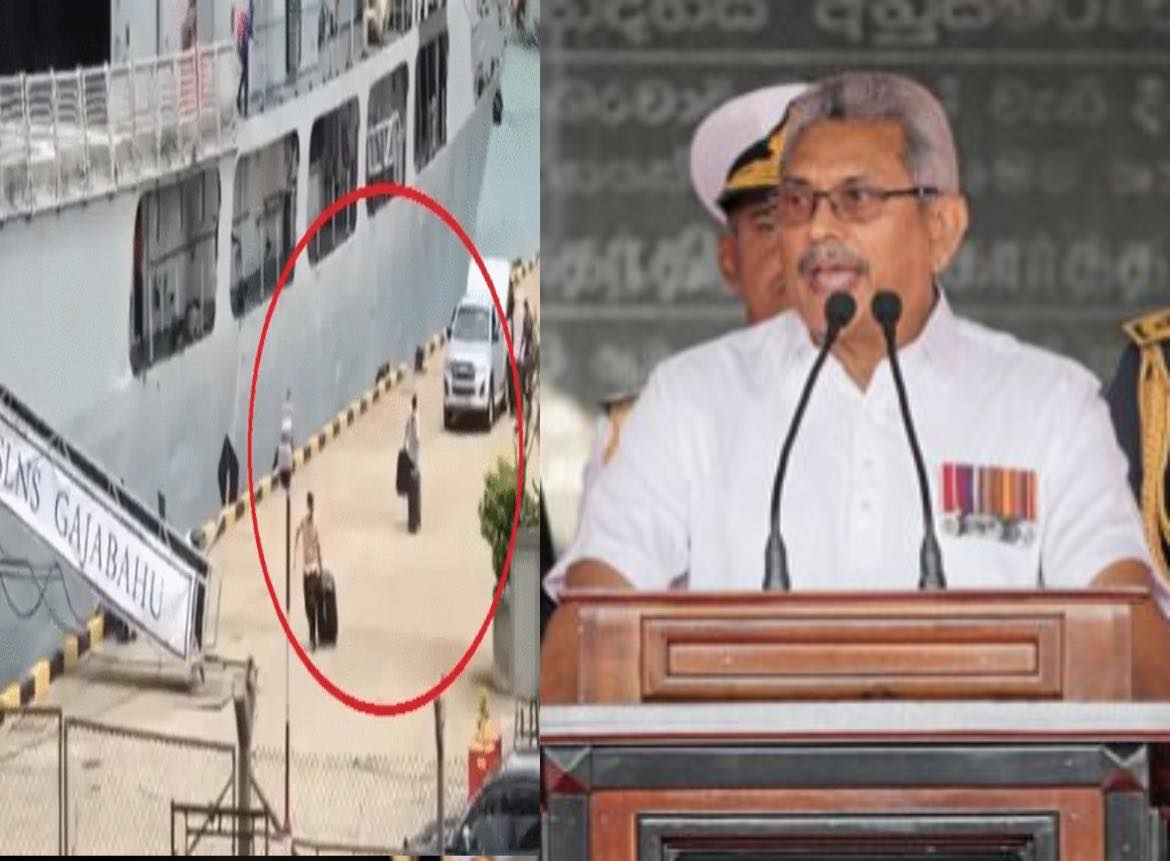 Sri Lanka's Parliament Speaker, Mahinda Abiwardana, has announced that President Gotabaya Rajapaksa has agreed to step down next week, hours after he fled his home in Colombo after being surrounded by demonstrators protesting against the country’s months-long economic situation.

In a televised statement, Mahinda said: "The President has agreed to step down on Wednesday, July 13, to ensure a peaceful transition of power….""So I ask the people to respect the law and keep the peace."

Sri Lankan Prime Minister Ranil Wickram had earlier agreed to resign after party leaders in Parliament demanded that he and the embattled president resign, and protesters stormed the president's office.

Opposition parliament member, Raouf Hakim, tweeted that it was unanimously agreed that in the event of the resignation of the current president, the speaker of Parliament will temporarily hold the presidency and that he will work with an interim transitional government.

Last month, Sri Lanka's Prime Minister, Wickremesinghe, announced that its economy had collapsed entirely and that it could not afford its oil imports.

In Parliament, a Sri Lankan official acknowledged that talks with the IMF are difficult because the country is negotiating as a bankrupt country, not a developing one.

Sri Lanka is experiencing its most severe economic crisis in seven decades, following a drop in cash reserves and the country's inability to import vital commodities such as fuel, food, and medicine.

Colombo National Hospital, the capital’s main hospital, reported receiving 105 people after Saturday's protests, with 55 that did not continue to receive treatment on Sunday. Among the wounded are seven journalists. "One person is in a severe condition after being shot," hospital spokeswoman, Pushpa Suissa, told AFP.

The presidential palace protesters announced on Sunday that they would not leave until the president resigned. The demonstrators took control of the nearby presidential offices on Saturday evening after they camped in front of it for three months.

Sri Lanka was a middle-income country with an ever-growing standard of living. However, it was affected by the loss of tourist revenue following a terrorist attack in 2019  and the COVID-19 pandemic.

Thise is the worst crisis to hit this island country of 22 million people since its independence in 1948. The crisis has been exacerbated by bad political decisions, which has focused the blame upon the presidential ruling family since 2005.

Sri Lankan President Sends His Resignation Via Email to Parliament