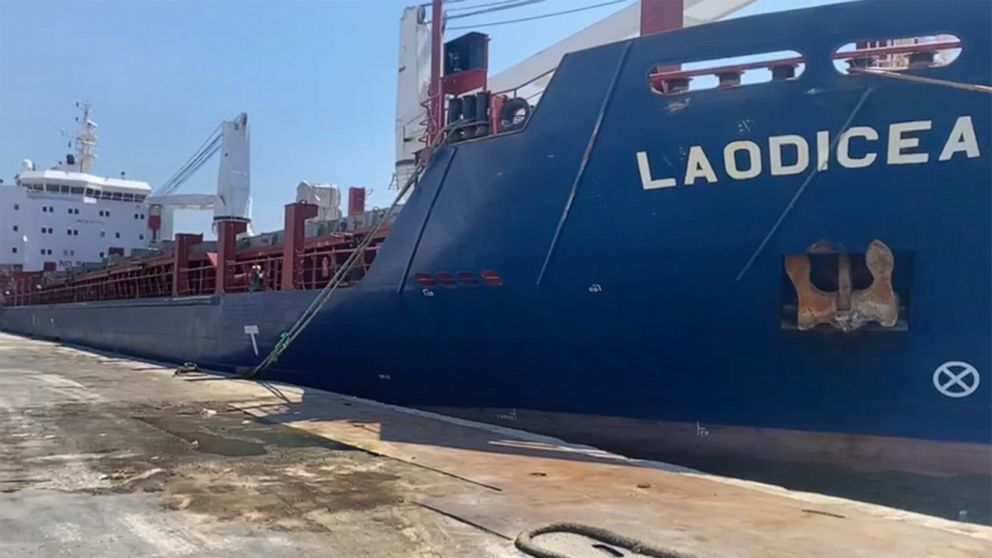 The Ukrainian embassy is claiming that a Syrian Cargo ship holds Ukrainian grain stolen by Russia.

A Syrian cargo ship Laodecia -sanctioned by the US in 2015 for its affiliation with the Asad Syrian government -landed in the city of Tripoli on Thursday. The Ukrainian diplomatic mission in the Middle East nation said the ship holds stolen barley from Ukraine.

The Ukrainian Embassy told Reuters that, "The ship has travelled from a Crimean port that is closed to international shipping, carrying 5,000 tonnes of barley and 5,000 tonnes of flour that we suspect was taken from Ukrainian stores."

Since the Russian invasion of Ukraine in late February,  Ukraine has accused Russia of stealing grain and steel from the country, an allegation which Russia has denied. The Ukrainian embassy in Beirut has failed to explain how the goods in question were seized.

Laodecia was initially set to dock in the Syrian city of Tartus. It is not known why it deviated and landed in Lebanon.

According to Reuters, Lebanese Minister of economy, Amin Salam, said that the country's customs authority and its agriculture ministry were following up on the issue.

Salam had said earlier on Thursday that severe bread shortages in Lebanon would be resolved this week by new wheat imports but did not explain where they were coming from.

Ukraine has promised Lebanon, which is currently facing a food security and economic crisis, wheat exports.

None of the goods were offloaded due to suspicion of them being stolen, according to a customs official.

"Nothing was taken off of the ship - as soon as we got the information, we stopped everything," the customs official said.

Following Lebanon’s recent bread crisis it is astounding that stolen Ukrainian flour would arrive at their docks. Since their flour imports from Ukraine have been impacted by the ongoing war.