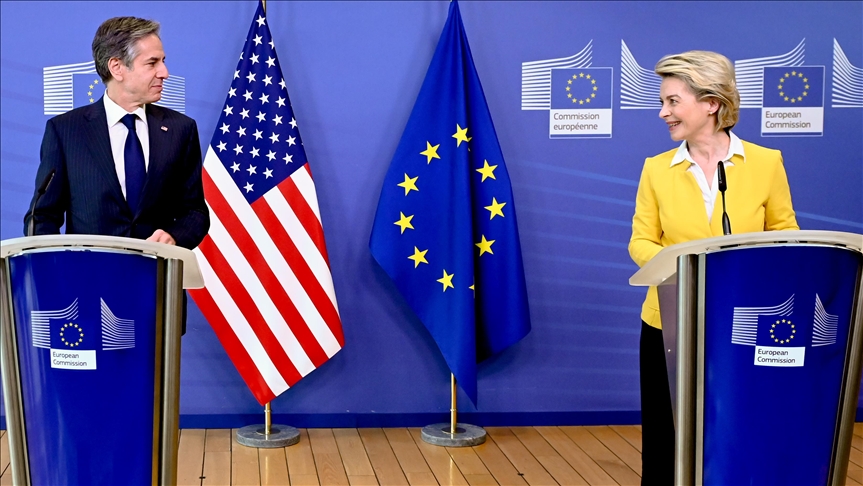 When Chinese people talk about China’s foreign relations, they frequently refer to the concept of “the West”, a vague political and cultural entity that encompasses the US and the European developed countries, sometimes joined with India and Latin American countries. In their narratives, “the West” seems to be a united frontline against the rise of China.

However, reality proves it to be an oversimplification, the most recent episode revealing which is the French and Dutch divergence from the oath of the US in opposing China.

From January 16 to 20, the World Economic Forum took place in Davos, Switzerland, in which delegates from different companies and government agencies all over the world discuss global economic and political issues for the year just begun.

In the forum, Bruno Le Maire, the French minister of economy, finance, and recovery, openly stressed that France and Europe in general need not adopt perfectly identical policies with the US when dealing with China. Instead of opposing China as the US is doing, France and Europe hoped to “engage” China, said Bruno.

The “engaging” strategy formulated by Bruno resonated well with an earlier strategy announced by the EU, which emphasized seeking a wise balance between “the political friendship with the US” and “the economic tie with China”. A wholescale hostility against China is thus not in consideration of French and EU officials.

As reported by Bloomberg journalist Ania Nussbaum, French president Emmanuel Macron is planning a trip to China in the near future to discuss such issues as energy, trade, and the ongoing Russian invasion of Ukraine. France may underscore its friendly stance with China to gather support from China in tackling those issues.

Since Macron’s last meeting with Chinese leadership at the last G20 Summit in Bali, Indonesia, Sino-French relations have significantly improved. This has led to speculations that France would shift further to China relative to the US, while others emphasize a red line that France will never cross regardless of limited adjustment in its foreign policies.

Since last October, the US has been campaigning globally for a chip technology ban against China, congregating its major allies to form a joint technological frontline. Japan, South Korea, Taiwan, and some other entities have replied positively to the US’s global campaign, while some European countries, part of “the West”, diverged from it again.

On January 23, President Biden met with Dutch prime minister Mark Rutte. They discussed the economic and political cooperation of the US and the Netherlands in face of the ongoing Russian invasion of Ukraine, global economic recessions, and the increasingly unstable Indo-Pacific region. Joint efforts to secure global democracy and economic prosperity are agreed upon by both leaders.

Specifically about the chip ban against China, however, the Dutch government showcased plentiful caution. Just before Prime Minister Rutte’s visit, Liesje Schreinemacher, the Trade Minister of the Netherlands, claimed that the Netherlands is still communicating with their European and Asian allies and will not automatically participate in the chip ban that the US Commerce Department initiated in October.

"You can't say that they've been pressuring us for two years and now we have to sign on the dotted line. And we won't," said Liesje. This marks a strong political independence from the US, a contrast to the stereotype in China that all members of “the West” are acting as American lackeys.

The US government has been pushing the Netherlands to coordinate with the US in technological restraint on China for years, since the Dutch company ASML Holding is the world’s leading producer of semiconductor products such as chips. Chinese technology companies would easily find substitutes for American semiconductor products from ASML without ASML’s concurrent cessation of exports to China, nullifying the efforts of the US in containing Chinese technological development.

Globalization has interwoven the economy of different nations, necessitating European coordination with the US to ensure the effectiveness of its efforts to oppress Chinese economic and technological development. This grants European countries more leverage when negotiating with the US regarding their cooperation and conflicts, in another way securing their political independence.

Chinese people would better realize that the West is not politically united, and European countries as well as Japan and South Korea are independent players on the table. It’s the players adding potentially decisive uncertainties that China may take advantage of when facing American aggression.