The Refugee Crisis in Malawi: A Challenge to Health and Wellness 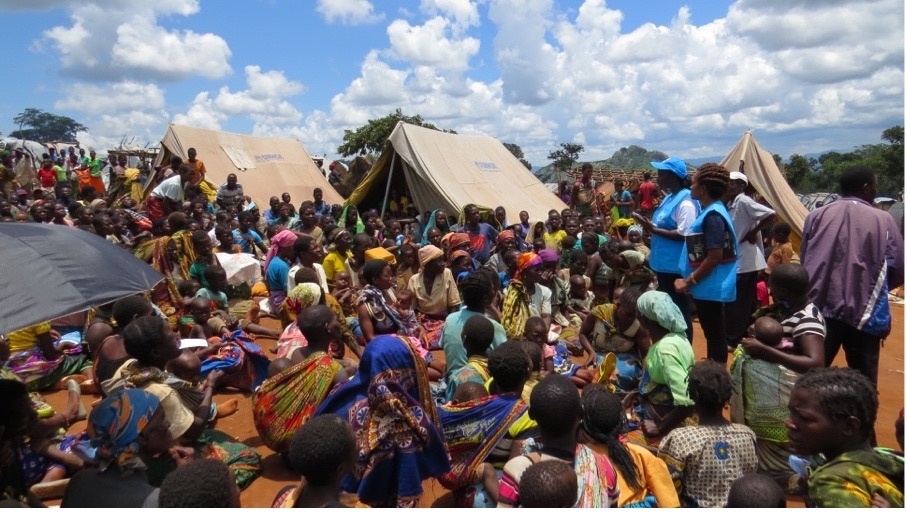 A crisis is emerging in the Dzaleka Refugee Camp. The camp, located in the southern region of Malawi, has over 50,000 residents who seemingly compete for resources while battling additional challenges to their health and safety. To understand the crisis, however, it is necessary to begin here; The Rwandan Genocide (1994).

The Rwandan Genocide began as an ethnic conflict between the Hutu and the Tutsi communities; however, it developed into a political, systemic, and incentivized process that aimed to eradicate the Tutsi people. Throughout the tenure of the genocide and the years following, millions of Rwandan citizens were displaced and fled to seek refuge in neighboring countries. A vast majority of these refugees sought asylum in the eastern rural regions of the Democratic Republic of Congo (DRC), with the highest concertation in the provinces of Nord-Kivu and Sud-Kivu. As estimated by United Nations Refugee Agency, in 2021, approximately 75,213 biometrically registered Rwandan refugees reside in the DRC, and it is projected by the DRC's government that, including those unregistered, the numbers may go as high as 213,463 refugees.

The Democratic Republic of Congo, on the other hand, has faced domestic issues. Since its independence in 1960, it has lacked consistent and peaceful political transitions. As a result, addressing critical issues within the country became difficult and ineffective.

Hutu genocidaires quickly followed the emigration of Tutsi Rwandan refugees. Moreover, the ongoing conflict between these groups in rural Eastern Congo, combined with the lack of direct political oversight from the DRC's government, resulted in the formation of non-state actors and other militant groups. These armed groups include M23, the Allied Democratic Forces, and the Forces Démocratiques de Libération du Rwanda (FDLR). According to the Foreign Policy Research Institute, these groups have formed strongholds in the region and successfully recruited members within the Eastern Congo with the premise of economic gain or ideological alignment.

The complexities of such regional tensions resulted in a civil war in the DRC, which commenced in 1998 and ended in 2003. Although the end of the civil war was due to a peace deal, the conflict has continued, and in the last few years, it has intensified. Despite United Nations peacekeeping efforts, more than one hundred armed forces operate in the eastern provinces of the DRC. These groups have particularly thrived in the weakly governed areas. In 2022, the DRC faces over five million internally displaced people, with 84% of the displacement resulting from the incessant armed conflict. This has forced approximately 800,000 people to flee from the DRC, some of which fled not long ago into the nation. Now, once again, refugees seek recourse—this time in Malawi.

Malawi, a small nation located to the southeast of the Democratic Republic of Congo, has one refugee camp, Dzaleka. The Dzaleka camp was established in 1994 by the United Nations High Commissioner for Refugees (UNHCR) in response to the influx of refugees as conflict broke out in Rwanda, Brunei, and the DRC. However, it was meant only to accommodate 10,000 migrants. As reported by the UNHCR, in December last year, Dzaleka now hosts over 52,000 refugees. Of these refugees, roughly 62% of them come from the DRC. The United Nations has reported that the recent uptick in new arrivals has strained resource availability. At the current projection, nutrition assistance may only last until February of the coming year. The lack of food resources is only one of the few emerging dangers in the Dzaleka camp.

The camp's considerable size and compact nature make residents susceptible to communicative diseases. According to a 1992 United States Department of Health and Human Services report, a vast majority of refugee and displaced population morbidity and mortality is a result of Measles, diarrheal diseases, acute respiratory infections, and Malaria. There have been limited reports about the COVID-19 virus in the Dzaleka camp; however, in 2021, there have been at least two confirmed deaths relating to COVID-19. The issues threatening the physical health of refugees persist as standard hygienic facilities are limited. An overwhelming majority of Dzaleka residents are impoverished and rely heavily on institutional protections. The strain on available resources will determine the fate of many.

The overcrowding in the camp has pushed some residents to pursue ventures within the local Malawi community. As a result, a few thousand have successfully opened businesses, which under Malawi encampment laws, is illegal. Although enforcement of the laws has thus far been lax, there have been increasing discussions about the impact of refugees within the broader context of national security. As a result, in the last few years, there has been an increasing motivation to strictly adhere to the encampment laws, preventing refugees from continuing their practices without citizenship in Malawi. Consequently, refugees have begun to face xenophobia, and a few attacks have been reported on their respective businesses and places of residence.

Those within the camps are facing similar accounts of violence. While the attacks within the campsite may not be related to xenophobic sentiments, many women and children are subjected to gender-based violence and human trafficking. According to the UNHCR, 93% of the camp comprises of women and children (45% and 48%, respectively). Following internal investigations, the United Nations has recounted that of the victims, children are often subjected to agricultural and domestic labor while women and young girls are forced into sexually exploitative acts. Nonetheless, violence in the camp does not discriminate; for example, the United Nations reports that men have been forced into labor within Dzaleka or the local Malawi community.

The refugees in Malawi are facing critical dangers to their health and well-being. Unfortunately, the dangers in the Dzaleka camp continue to endure, and as more migrants flee into Malawi rapidly, the situation can only worsen. It is unclear how the United Nations, alongside the Malawi government, will resolve these issues. However, the government of Malawi has begun to implement the Comprehensive Refugee Response Framework (CRRF). The United Nations High Commissioner for Refugees awaits the government of Malawi to adopt the five pledges that Malawi made during the Global Refugee Forum. The successful adaptation of these pledges will ensure that "the encampment policy, restricted freedom of movement, restricted choice of place of residence by the refugees, access to public schools and access to employment" will be lifted.