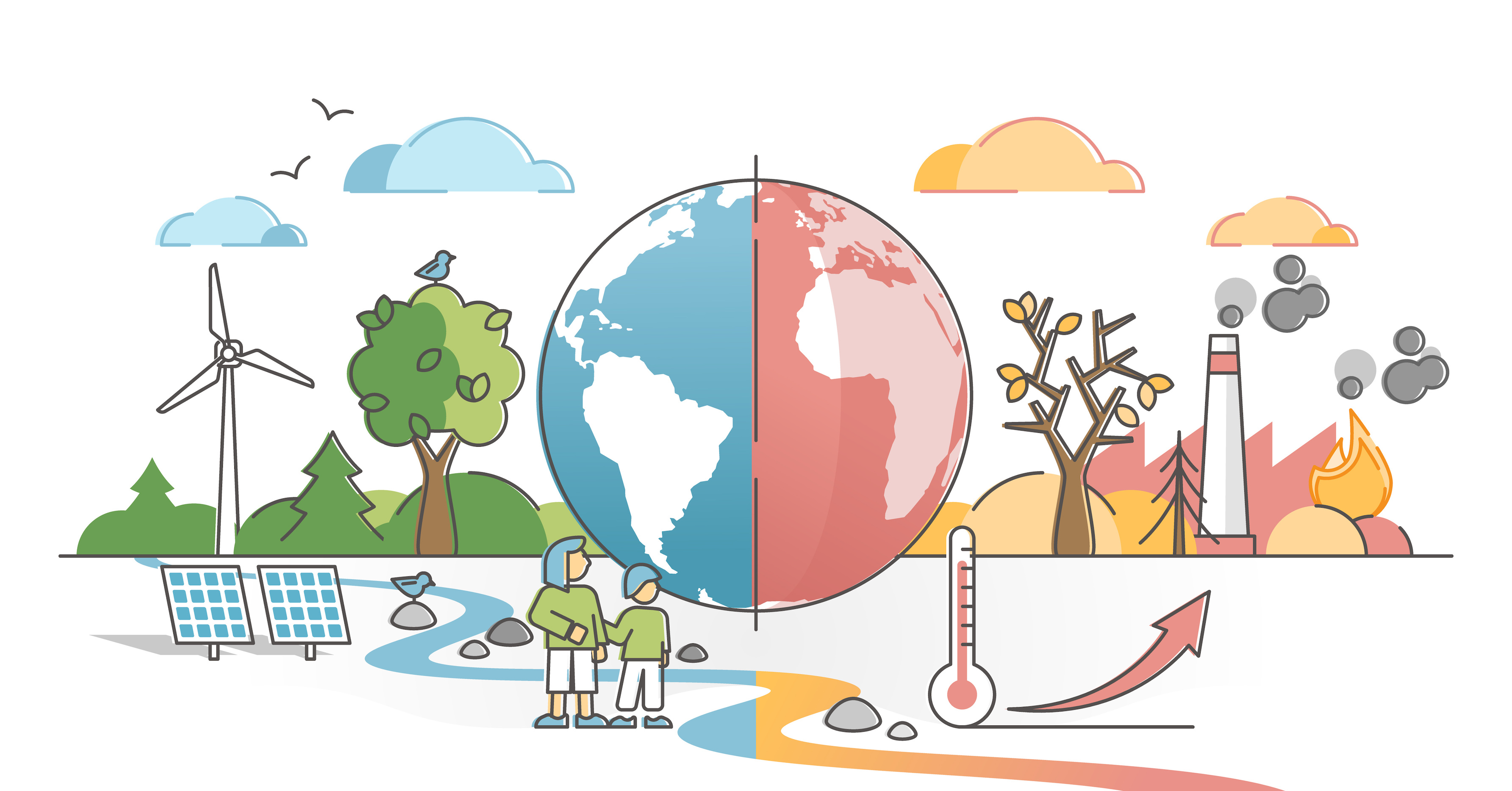 Devastating floods in India. The drought plaguing reservoirs in California, and the fires that have raged in the Amazon.

The Climate Change Committee meeting in Egypt next week cannot come any faster.

Petitions are even calling for King Charles to go to the COP27 summit, as well as the newest Prime Minister, Sadiq Khan.

The Emissions Gap report shows many shortcomings, “-The international community is falling far short of the Paris goals, with no credible pathway to 1.5°C in place. Only an urgent system-wide transformation can avoid climate disaster.” This is the opening to the report itself.

The Paris agreement goals are, basically put, a set of directives for all to lower the current rising temperature of the planet to between two to one point five degrees cooler.

To do that, the methane gasses that are produced through farming and agriculture, or industrial processes like wastewater treatment, and jobs like Fracking or Mining, need to be reduced.

Though the Pandemic did halt and eventually reduce the emissions of harmful Greenhouse gasses, raising the temperature of the globe to about 4.7 per cent from 2019-2020 being harmful to the planet, it was an unfortunately short-lived victory.

The United Nations has reminded the G20 of their promised policies which have been ‘put on the backburner’ as explained by UN Secretary-General António Guterres.

It is understandably been delayed as countries like the UK struggle with the Cost of Living Crisis or Australia’s wildfire and flooding problem- but everything has to restart from this point on.

Mitigation, basically put, is the reduction of Greenhouse gasses and fossil fuel usage by using methods like electric cars and solar panels, improving insulation so there is no heat leakage in people’s homes, and replanting a few more tree saplings after every tree felled.

So far, Carbon Neutral solutions are in place for manufacturers that would usually contribute highly to Greenhouse gasses, but more methods could be employed for generating electricity, changing the industry in general, and the way we deal with trade routes and fuelling transport-

Even heating or constructing buildings as areas where rapid transformations away from fossil fuels and creating harmful Greenhouse gases can be made.

According to the BBC’s COP26 article, Inger Andersen, Executive Director of UNEP, who produced the study, said, “Only a root-and-branch transformation of our economies and societies can save us from accelerating climate disaster,”

It can be done.

Help businesses get to zero-into-landfill targets by designing products that last longer.

Stop Governments from investing in or insuring new fossil fuel processes, like Fracking.

Egypt may be controversial, according to the BBC, with its human rights issues, with some human rights and climate campaigners saying the government has stopped them from attending because they have criticised its rights record.

Because Egypt's human rights are pretty poor due to the fact that President Abdel Fattah al-Sisi, has governed Egypt in an increasingly authoritarian manner.

Meaningful political opposition is virtually nonexistent, as expressions of dissent can draw criminal prosecution and imprisonment. Civil liberties, including press freedom and freedom of assembly, are tightly restricted. Security forces engage in human rights abuses with impunity. Discrimination against women, LGBT+ people, and other groups remain serious problems, as does a high rate of domestic violence.

The punishments for simple things are very violent, such as the start of the pandemic, which saw police gain greater powers to make arrests and expanded the jurisdiction of military courts.

A number of doctors were arrested for speaking out about a lack of personal protective equipment (PPE) and coronavirus tests, and parliamentary elections took place over several months in the second half of the year- marred by low turnout, claims of fraud, vote buying, severe interference by security apparatuses, and detention and intimidation of individuals who criticized the process.

No credible domestic or international groups were allowed to monitor the elections, which delivered control of both chambers of the parliament to the ruling regime.

In September, small antigovernment protests erupted in a number of villages. The regime responded with harsh repression, arresting hundreds of people, including children, and killing two men. Most of those detained faced charges of protesting illegally, calling for unauthorized protests, joining a terrorist group, spreading false news, and misusing social media.

Due to this, officials of the country have stopped critical individuals and other officials from going if it will make Egypt look bad as a country.

Despite the controversy of COP27 being in Sharm El-Sheikh, the fifth time a COP has been hosted in Africa could be useful.

They say Africa is one of the most vulnerable regions in the world; in fact, seventeen million people are estimated to be facing food insecurity in east Africa because of drought.

Hosting the COP27 in Africa could be fantastic for awareness in the region, as well as globally.

Saying that Vladimir Putin, whose country is one of the higher ones for Greenhouse gas emissions, is expected to attend, and the new Prime Minister for England, Sadiq Khan, is not expected to at this point.

Representatives have likely been chosen at this point, and even the King has been petitioned by his people to attend.

The petition in question mentions the King’s long history of caring for the planet before he took the throne as King, and he has even attended the previous COP26 in Glasgow.

According to Jayne Holland, who started the petition, “King Charles is the Head of State not only of the UK but of other nations who are experiencing climate change. He is also the head of the Commonwealth, where many developing nations are suffering badly.

Make it known to Liz Truss that King Charles should be supported in attending this global conference in Egypt. This is about the planet, not politics.”

It should be noted that this petition started while the former Prime Minister, Liz Truss was still in office, but now, the fact that the Queen’s health caused her Heir Apparent to take roles that make him the ideal attendee is a no-brainer that he should attend as well.

Since this article was written, Prime Minister Sunak is attending the Climate Change summit himself, but the King has decided to adhere to the advice of the former Prime Minister and has no plans to attend.

Hopefully, most, if not all, leaders can discuss the best methods to get back onto task with the Paris Agreement Targets in their sites for the good of the Planet we all live on.