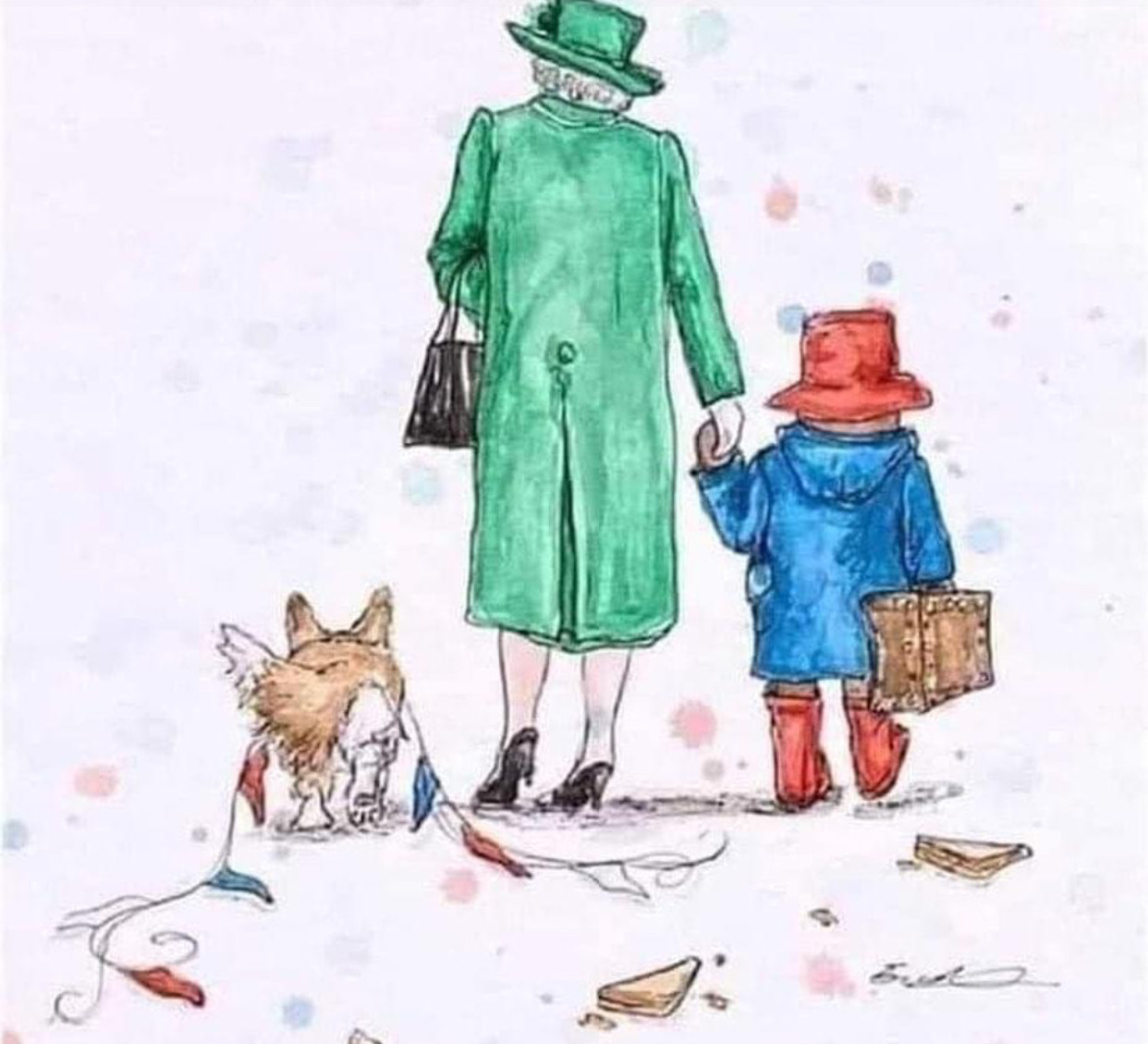 Not many generations will remember when Elizabeth was crowned at the age of twenty-five, but the Queen of England has been a constant figure in many people’s lives, whether they are royalists are not.

From being heard on the Radio for her Christmas broadcast that’s also televised, to the portraits on now, old currency, her love of Corgis, to when she started to post on social media as a campaign to make the Royal family more visible to younger generations.

As everything following the Queen’s passing unfolded, people’s mourning and appreciative attitudes seemed to be united. Even those who did not consider themselves Royalists mourned her late majesty as if she were their own family member.

One part of King Charles III’s speech resonated the most with the sentiments of the people laying tribute, as the BBC played it on the evening news on Thursday.

“In our sorrow, let us remember and draw strength from the light of her example. On behalf of all my family, I can only offer the most sincere and heartfelt thanks for your condolences and support. They mean more to me than I can ever possibly express….”

Many of the public that the BBC interviewed on the street as the cortege made its way from Balmoral in Scotland on Sunday even made it clear that they mourned with the royal family and felt they had to show sympathy and understanding to such a historical event, an ending to the seventy years of Elizabeth the II’s rein, remembering her wit and vast knowledge she had found over the years.

Actors and those who served the Royal family as staff showed tribute, including TV presenter and actor Michael Palin and children’s favourite Marmalade-loving mascot, Paddington bear.

In particular, the Guardian had a funny but poignant reminder of the Queen’s wit on their Youtube page, from the recent clip of the Queen with Paddington Bear, who remembered her fondly with a polite tweet from his official page on the day that, the Royal Household announced her passing, on September eighth.

As a result, the new King, Charles the III, came to see the many flowers and tributes propped up against the royal gates of Buckingham palace as a tribute to his late mother, including children’s drawings, handwritten cards, and Paddington bears. One particular tribute even had a brown bread orange marmalade sandwich, with the note attached simply reading, ‘For later….’

The tribute, of course, references the Jubilee sketch with Paddington bear, where the late Queen had surprised her grandchildren and many others by producing a well-known snack of the famous bear from one of her iconic handbags.

Even moreso, we must remember not only her service as a former Monarch, but as head of a family, as a grandmother to Charles and Diana’s sons, William and Henry, and great grandmother to Charlotte, George and Louis, as well as the mother to her grown children.

The King’s speech sums it up in his address to the public regarding his mother’s death, the changes that the Royal family must make, and those that already have been put in place ahead of time.

“-William now assumes the Scottish titles, which have meant so much to me.”

“He succeeds me as duke of Cornwall and takes on the responsibilities for the Dutchy of Cornwall, which I have undertaken for more than five decades today. I am proud to create him, Prince of Wales, to Tywysog Cymru (Wales), the country whose title I’ve been so greatly privileged to bear during so much of my life and duty with Catherine beside him, our new prince and princess of Wales will, I know, continue to inspire and lead our national conversation.”

“Helping to bring the marginal to the centre ground where vital help can be given. I want also to express my love for Harry and Meghan as they continue to build their lives overseas….”

Even the Queen’s youngest son, Prince Andrew, though having been a little worse for reputation in papers these last few months, has agreed to take care of one of the late Queen’s most beloved animals, her Corgis, with his ex-wife, Sarah Ferguson, whom Royal sources say, ‘The Duchess bonded with Her Majesty over dog walking and riding horses and even after her divorce, she would continue her great friendship with Her Majesty, by walking the dogs in Frogmore and chatting.’

This is according to an article in the Guardian, noting that the late Queen had owned over thirty of the Welsh-breed of cattle dogs, descended from her first ever Corgi, Susan, eventually having two around her, one of which belonged to her father, called Rozavel Golden Eagle, but nicknamed Dukey, which stuck.  Eventually, the then Princess was allowed to have her own, named Lady Jane, in 1944, for her eighteenth birthday present, which made the popularity of Corgis soar high amongst registration for kennel clubs, just as her father’s Corgi had done previously in 1936. 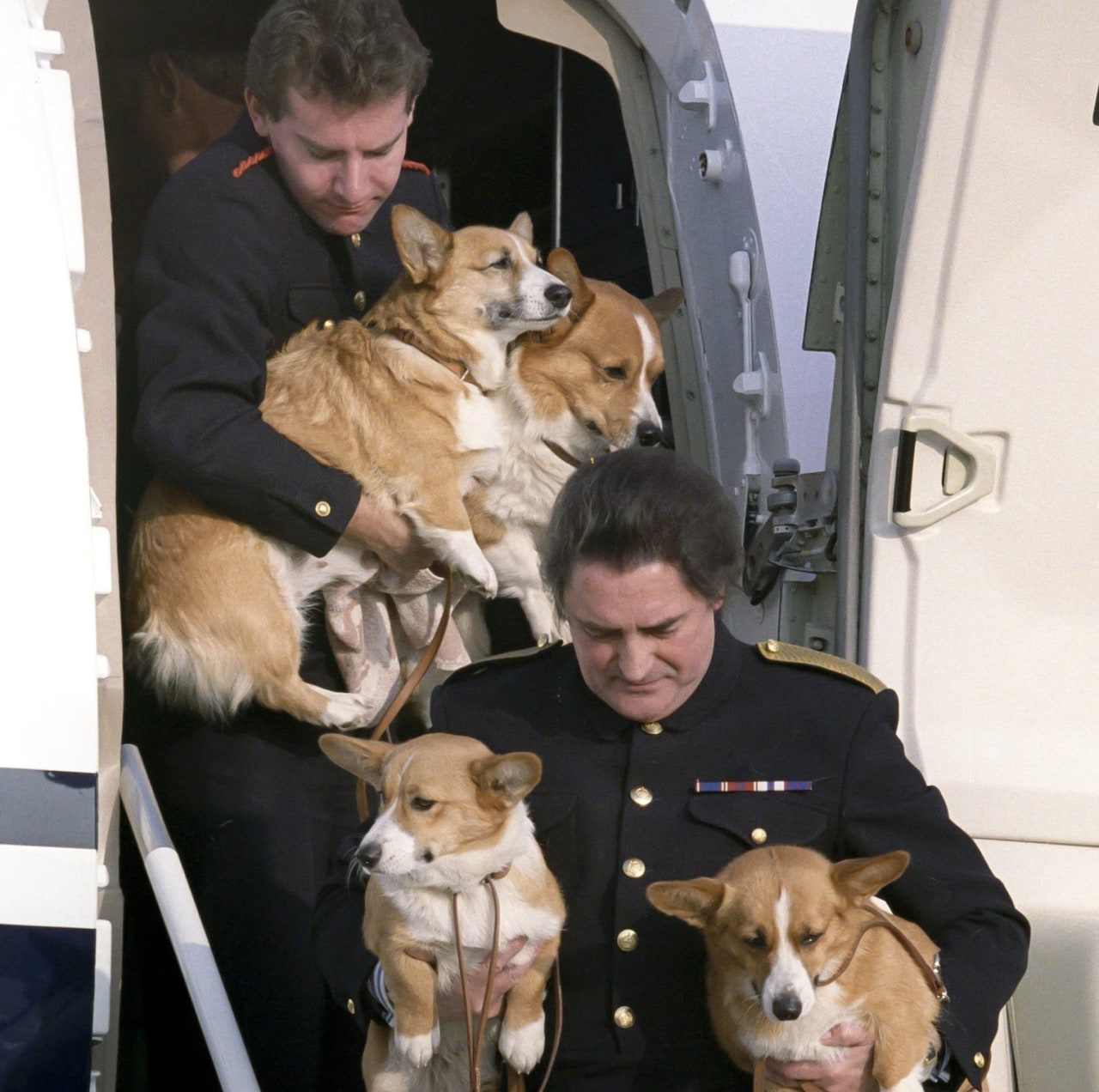 Susan accompanied the Queen to many places, including being smuggled in the Royal carriage, in a rolled-up rug, and even on her honeymoon with Phillip, to each Palace the Queen stayed at and had their own stocking at Christmas, filled with appropriate dog-friendly gifts.

Three dogs now remain, in the family, including a Dorgi, which is named because the Queen and her sister came up with the portmanteau for the crossbreed before it was popular to do so.

The Dorgi is called Candy, who is known for being able to do tricks, and two Corgi’s called Muick, which is the Scottish variant of Mick, and Sandy. They’ll now live with Sarah Fergusson and her ex Husband, Prince Andrew.

Fergusson said in tribute to her ex-mother-in-law, “To me, she was the most incredible mother-in-law and friend,” she said.

“I will always be grateful to her for the generosity she showed me in remaining close to me even after my divorce. I will miss her more than words can express.”

The remaining Corgis and dachshund cross Corgis, also known as Dorgis, will now live at Royal Lodge with the Queen’s youngest and his wife.

Now though, more tributes are sure to come from even more who knew the late Queen personally, as her funeral is arranged to be at Westminster Abbey on September nineteenth, as a State funeral, following a private service at St George’s Chapel.

As many have had to learn shortly after the first few events surrounding the late Monarch’s death, God saved the Queen; long live the King...