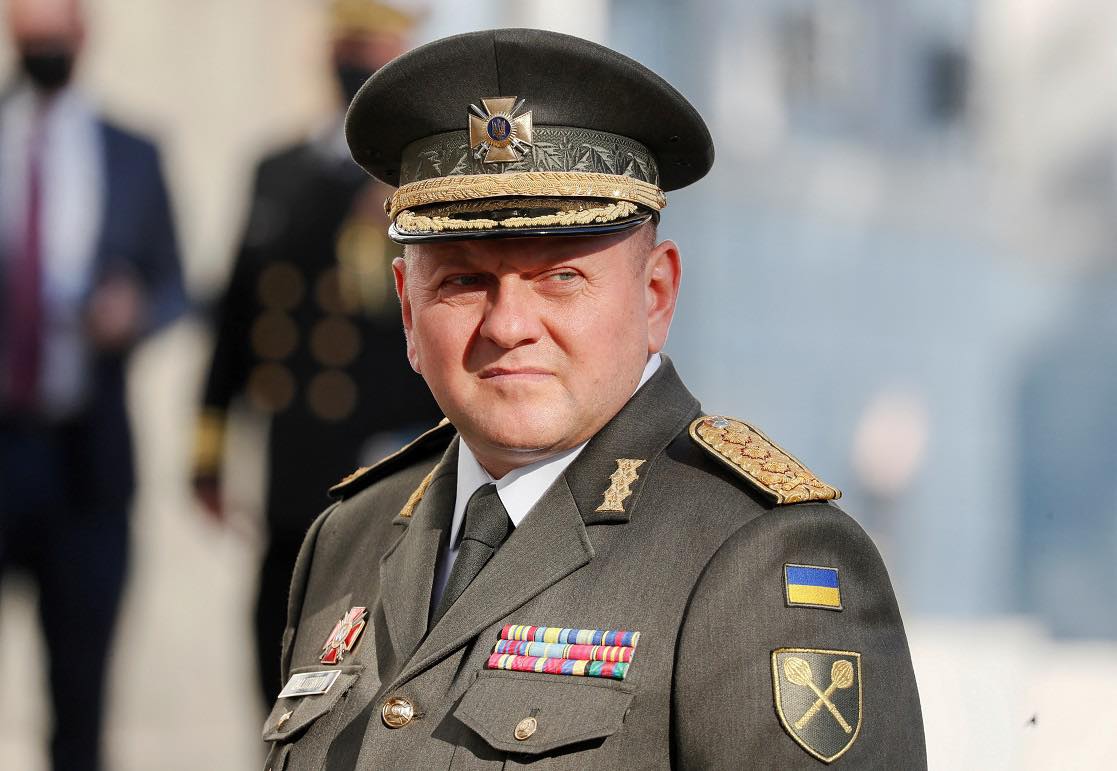 As the Russian military operation in Ukraine continues for the seventh consecutive month, the Commander-in-Chief of the Ukrainian Army, Valery Zaluzhny, has stated that there is every reason to believe that the war will not end this year.He also considered that there was a direct danger of Russia using tactical nuclear weapons, "under certain circumstances," according to Reuters.

In an article published by the official news agency today, Wednesday, he claimed responsibility for a series of Airstrikes on Russian air bases in Crimea, including one that caused damage to the Saki military facility last month. The commander of the Ukrainian army also indicated that the strikes were carried out with missiles or rocket-propelled grenades, meaning that ten warplanes destroy.

Explosions at the Moscow-controlled Saki air base in Crimea last-August weakened the strength of the Russian fleet in the Black Sea, the British Ministry of Defence  said at the time. According to an intelligence statement by the British Ministry of Defense, the incident also caused the destruction of eight Russian fighter jets. Ukraine, however, has not claimed responsibility for the explosion. Russia denied that any fighter jets were destroyed, but satellite imagery has contradicted this claim.

Siege of the Ukrainian Coast:

Saki Air Base near Novofedorivka is located on the western coast of Crimea – the region annexed by Russia in 2014 – about 50 km north of the port of Sevastopol, which includes the Russian Black Sea fleet, leading the blockades of the Ukrainian coast. On February 24, Moscow launched a military operation against Ukraine, using Crimea as a staging post to move its troops deep into Ukrainian territory. So far, many international expectations , confirming that the conflict will be protracted and could drag on for several months. without further details Russian President Volodymyr Zelenskyy confirmed on Wednesday that his forces recaptured several Russian towns in the Kharkiv region in northeastern Ukraine.

The Flag is Flying Back:

"This week, we have good news from the Kharkiv region," Zelensky said in his daily evening video message on social media, noting that several towns – left unnamed – which had been taken back by Ukrainian troops, "have the Ukrainian flag flying back. "

In recent days, observers have confirmed a breakthrough by Ukrainian forces in Kharkiv but could not independently verify this information.

Since last week, Ukrainian forces have been launching a counter-offensive in the country's south. While Kyiv has confirmed the success of this offensive, Moscow says it has inflicted heavy losses on the attacking Ukrainian forces.

The Kharkiv region fell partly into the hands of the Russian army at the beginning of the war. The second largest city in the country, Kharkiv is regularly subjected to heavy shelling by Russian forces, which have not yet succeeded in capturing it.