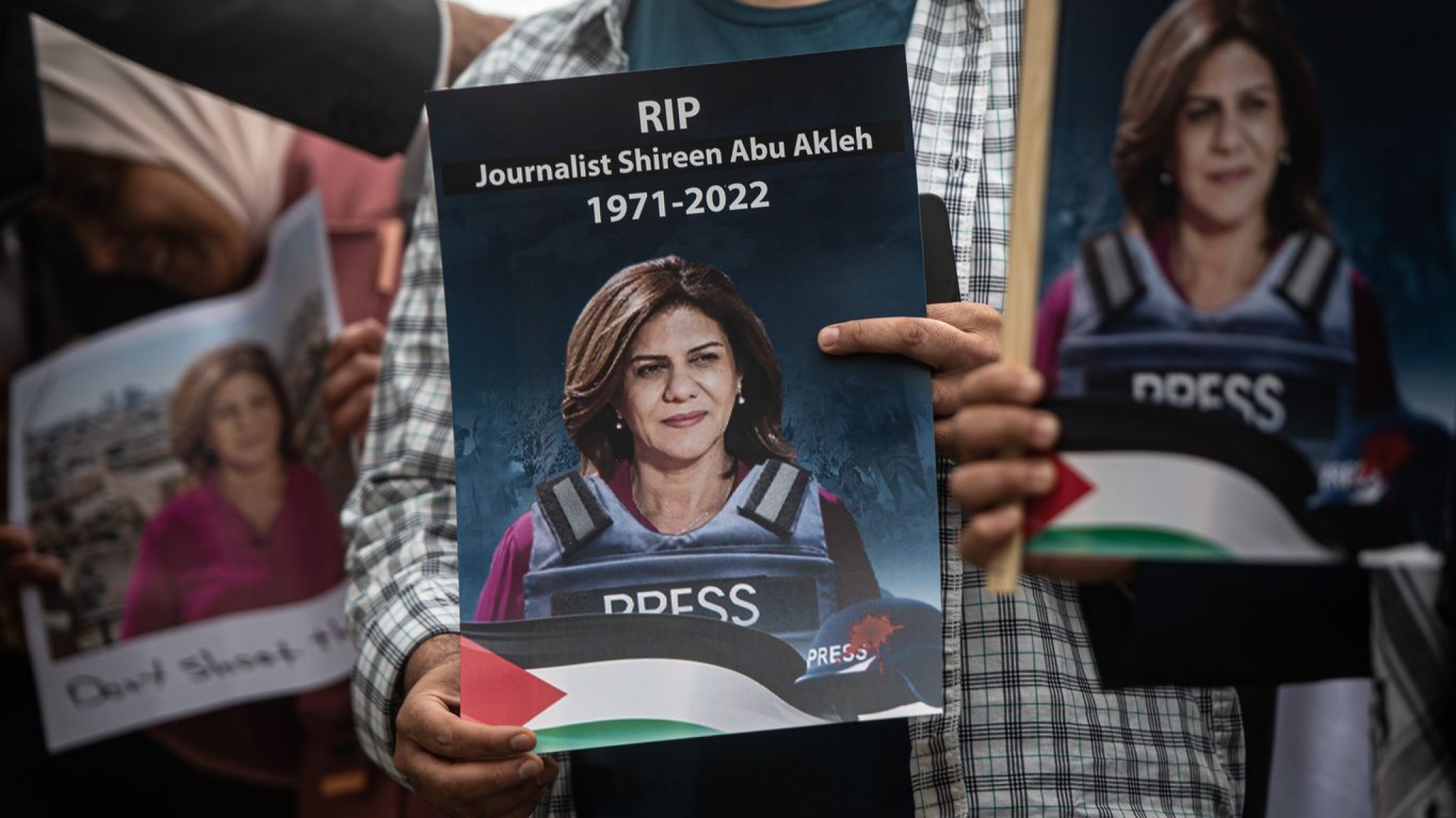 The Palestinian Authority handed over the bullet that killed Al Jazeera journalist Shireen Abu Akleh during an Israeli raid in the occupied West Bank city of Jenin on May 11, 2022, to United States (US) forensic experts.

Shireen Abu Akleh was a Palestinian-American journalist. She worked as a journalist for Al Jazeera for 25 years, reporting on major events in Palestinian history and analyzing Israeli politics while working in Israeli-occupied Palestinian territories.

The Jerusalem-born Abu Akleh, wearing a blue vest with press written on it, was killed on May 11 while covering a raid by the Israel Defense Forces (IDF) on the Jenin refugee camp in the West Bank. The Palestinian Authority investigation concluded that she was shot deliberately by the IDF while trying to flee.

Although several investigations suggest that the Israeli army was responsible for the death of the Palestinian-American journalist, Israel has denied the accusations. According to Israel, Abu Akleh might have been killed by a Palestinian fighter, or she might have been caught in the crossfire. Israel said, the facts could not be determined unless the Palestinians submitted the bullet for a joint forensic investigation.

But there have been conflicting reports on who would conduct the tests on the bullet. An Israeli military spokesperson said that the test would not be American but an Israeli one, with the presence of Americans, on Army Radio.

Following the statement of the Israeli military spokesperson, the general prosecutor for the Palestinian Authority, Akram al-Khatib, clarified that they had received guarantees from the US that the Israeli would not take part and that the forensic examination would be conducted solely by the US.

According to Al Jazeera, US officials are eager to have this wrapped up before US President Joe Biden visits Israel and the occupied West Bank next week. According to ballistic and forensic experts, the green-tipped bullet extracted from the head of Abu Akleh is generally used in M4 rifles and is designed to pierce armour. The bullet was a 5.56mm caliber, is the same used by Israeli forces.

Al Jazeera Media Network also assigned a legal team working on a case about Israeli forces targeting Palestinian journalists to be filed to the International Criminal Court (ICC) in The Hague, and Shireen Abu Akleh’s killing will be added to the case.