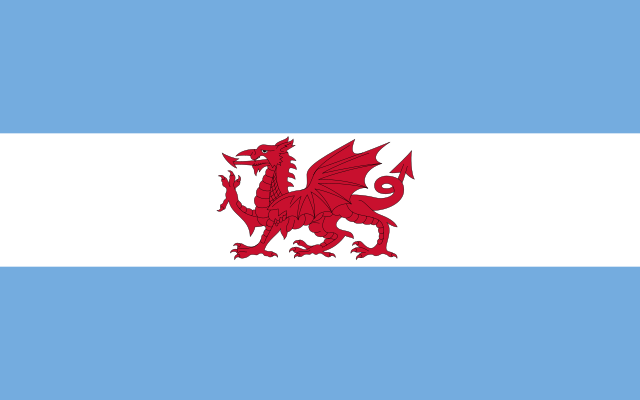 Argentina was crowned world champions at the FIFA World Cup in Qatar 2022, after an amazing final victory against France. However, something piqued my interest on the pitch for a non-footballing reason. Ángel Di María put ‘La Albiceleste’ 2-0 up on the night, scoring after being passed the ball to by a man named Alexis Mac Allister- who possesses a far less Argentinian name than that of the man he assisted. Alexis’ family name is of Scottish descent, although Mac Allister affirms that his ancestors migrated to Argentina from Ireland. This information had me thinking of another country residing in the British Isles, one where my own family originate: Wales. I remember a story told to me long ago, of a group of towns in Argentina where Welsh is the first language. Long ago, a group of soon-to-be settlers, set sail for Argentina from the British Isles- much like the journey of the Mac Allister family- to start a colony. Why did they leave? Why did they choose Argentina? And are they still there today? Read on as I look to explore these questions, and learn about the seemingly bizarre scenarios created by early British migration. 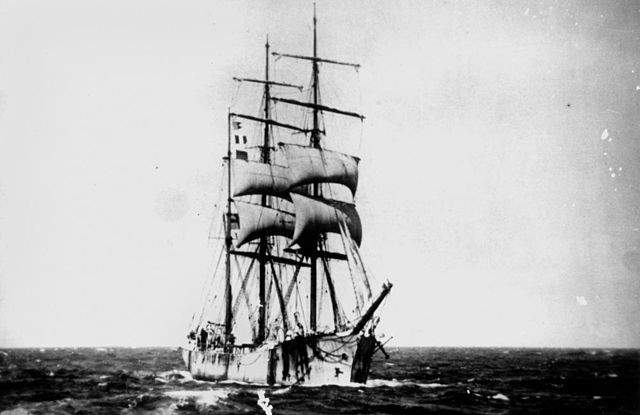 Wales has always been a comparatively small country; currently with a land area of less than 21,000 and population of around 3.3 million. It was only 12 years ago when the International Organisation of Standardisation declared Wales a country, and not a principality, although it has long been considered a country by most for far longer- those people cite former English King Henry VIII’s act of union in 1536 as the proper declaration of country status. Despite being part of Great Britain, Wales has a distinct national identity, and proud heritage. Unfortunately, there are threats to Welsh identity, the biggest being assimilation into English culture.

Fears of absorption into England are not new for the Welsh. Industrial revolution in the 1800’s strengthened it’s influence on rural Welsh communities, taking efforts away from farming and toward mining of materials such as slate, coal and iron. Many believed that this eroding of Welsh communities would lead to a breakdown of the distinctive Welsh culture- homogenizing it with the English. Michael D Jones: a staunch nationalist and out outspoken non-conformist to the Church of England, was acutely aware of the risks to his beloved culture, so devised a plan to preserve Welsh culture through an expatriate community. Welsh migration was not an idea founded by Jones, who himself spent time witnessing Welsh communities in the USA. What he discovered there- much to his chagrin- was that the migrant Welsh quickly picked up the nuances of the civilisation in their new home; slowly they lost their former identities- an example of what he believed was doomed to happen at home. So, Jones and 152 others set sail from Liverpool in 1865, determined not to repeat the failures of former colony projects. Their destination: Patagonia. 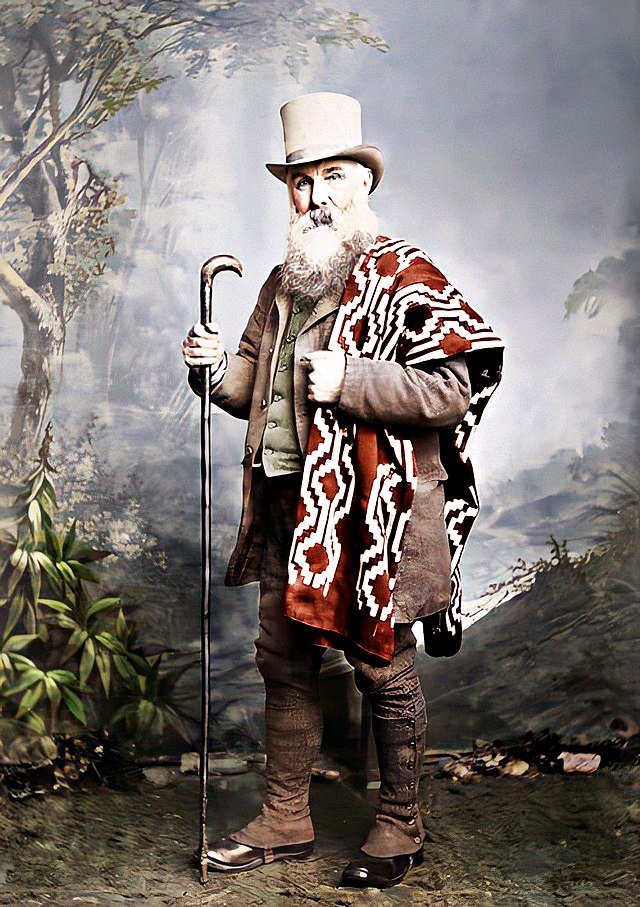 Patagonia was chosen for its remoteness; being mostly unpopulated, and far from larger more established population centres. Importantly, it would make the Welsh settlement free from other cultural influences- protecting their identity and heritage. Argentinian interior minister Guillermo Rawson was glad to come to an agreement with Captain Love Jones-Parry and Lewis Jones in Buenos Aires (stopping over on behalf of the potential colony); where they visited before moving onto Patagonia, on a mission to check its suitability for colonisation. 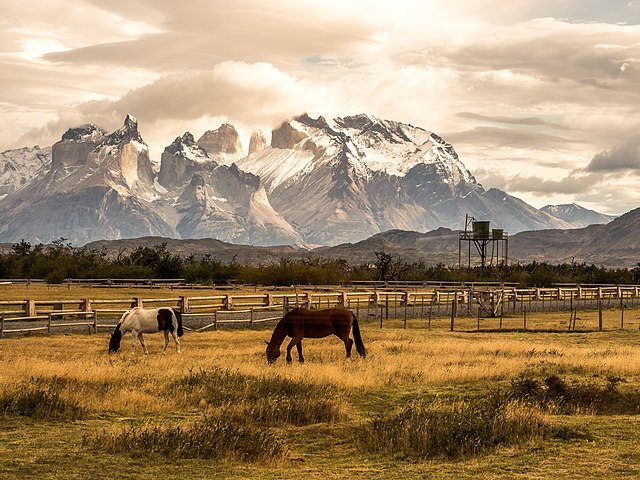 In truth, colonisation of Patagonia was beneficial for the Argentines, they had been encouraging foreign migration to the area during the 19th century, as part of a plan to lay claim to the desert-like land over neighbours Chile. With newly populated areas in the region flying Argentine colours as well as their own; the land was Argentina’s for the taking. They eventually took control of Patagonia, after a controversial military campaign known as the ‘conquest of the desert’.

Despite promises from the Argentine government, and the word of Jones-Parry and Jones, Patagonia was nothing like the rolling hills and rich greenery of Wales- almost the opposite! A desolate and arid wasteland, hardly capable of sustaining human life due to its infertile soil- the Welsh-Patagonian pioneers struggled to adapt to its harsh ways. It was the native Tehuleche people- far more acquainted with these badlands- who established connections with their new neighbours, kindly offering assistance in surviving in such inhospitable conditions. 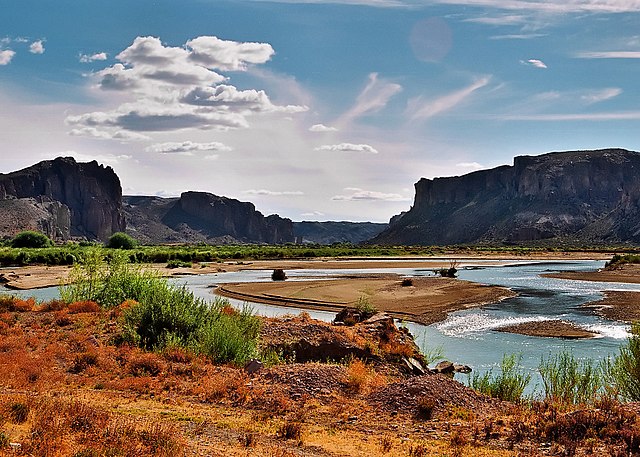 After eventually arriving in Rawson- the proposed site- hardships did not seem to stop. Supply problems, floods and poor harvests plagued the Welsh- the colony looked doomed to fail. That is until Rachel Jenkins came up with a plan; one that turned the fortunes of her fellow colonisers upside down. Her observations of the Chubut River sparked ideas of an irrigation system. Jenkins’ system transformed the infertile desert land; solving the main problems of the new citizens of the Chubut region, creating plentiful supplies of food and drinking water. From this point onward, the people not only survived- but thrived.

The newfound success in Chubut encouraged more immigration from Wales. Michael D Jones’ vision was finally becoming true, his colony expanded further, creating Welsh schools, churches and other communal areas- where ‘iaith y nefoedd’ (the language of the heavens) reigned supreme. It was the settling of non-Welsh, and the strengthening grip of Argentinian rules, which put a cap on growth for the area- almost ending Its status as a paragon of Welsh-ness.

Over 150 years on from when that brave party first set sail for Yr Ariannin (Argentina), Y Wladfa (the colony) is still alive- and Welsh. It has been estimated that 5,000 Welsh speakers exist in the area today, they eat bara brith in Welsh tea rooms, pray in Welsh churches, sing their own anthem- "Gwlad Newydd y Cymry", which is a reworking of the original anthem, and celebrate Welsh cultural festivals- named Eisteddfodau- in both Welsh and Spanish. The journey to their current glory has been fraught with problems for the colonists, but I’m sure Michael D Jones would have been proud of what has become of his idea has become. An anomalous quirk in the modern day it may be; the enduring nature of Welsh language and culture lives on in its Patagonian paradise.

Irish Dancing Scandal: A Damage To The Reputation Of Critical Irish Art