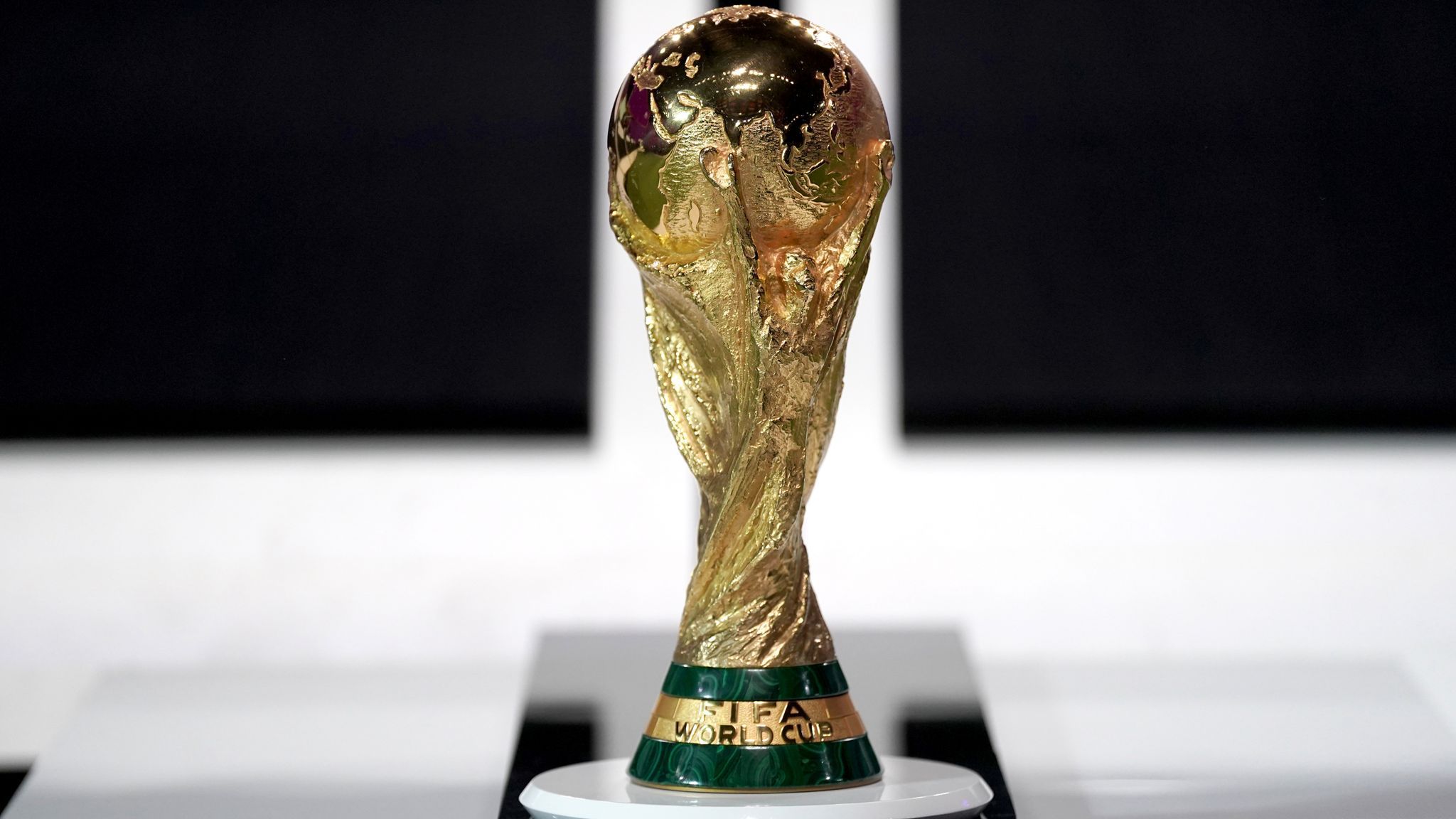 Generally, the sport can unify people, bringing them together and sharing essential values like respect and tolerance. But unfortunately, this is not always the case.

The Summer Olympics in 1936, in that Hitlerite Berlin, where Americans tried to boycott the politics of hate established by the German dictator, is a good example.

However, if we look well enough, other clamorous instances are much closer to us than we would expect.

This article aims to discuss one of the most emblematic and recent scandals that threatened the noble values of the sport, raising questions about the role of politics and money in professional tournaments.

In 2014, the Federation Internationale de Football Association (football’s world governing body), better known as FIFA, appointed Brazil as the hosting country for the football World Cup, the most prestigious football event and one of the most important sports events.

FIFA’s decision generated a lot of criticism because of the unstable situation Brazil presented at the time. Because of the controversial means, the government employed to build new facilities at the expense of poor people who were evicted from their houses.

However, the general disappointment didn’t distress FIFA, which selected Putin’s Russia to host the following tournament edition four years later. A choice contradicted by many, and that surprised many, especially the FA (Football Association), England’s football governing body, which appeared to be the most suitable candidate to host the competition in 2018.

But because history repeats itself, a similar situation occurred when the football organization appointed Qatar, over more suitable countries, like Japan and the United States, to host the 2022 World Cup.

The selection of Russia and Qatar occurred at the same time back in 2010, five years before horrible corruption scandals overwhelmed FIFA.

When the investigations started in 2015, the FBI arrested 14 executive members of the organization, who were found guilty of accepting money in exchange for votes that would have affected the selection of the World Cup host countries.

Even if, since then, FIFA has tried to clean its image through a substantial reorganization, which saw old and corrupted executive members being replaced, polemics concerning the 2022 edition did not stop.

As a matter of fact,  following those scandals that, among other things, highlighted an unclear exchange of money between FIFA’s members and Qatari authorities, the football association decided to proceed with the Gulf State edition anyway, provoking protests worldwide.

The public disappointment is related to the fact that Qatar did not appear as a suitable candidate for the World Cup, even less ideal than Russia. Consequently, its selection generated doubts about the reliability and credibility of those who chose it.

But what makes this choice so problematic?

First, it is crucial to understand that some reasons are directly related to football, but others are not.

From a technical point of view, we should consider that the World Cup is played in the Summer when national football championships are on break. However, this is not possible in Qatar, where it would be simply too hot to play football in June and July in the middle of the desert. Consequently, the World Cup is now being played in November/December.

This fact also generated great dissatisfaction because it forced national tournaments like Serie A, Ligue 1, La Liga, and Premiere League to stop to allow footballers to take part in the World Cup. Eventually, this will result in overtired players, who will struggle dramatically to play when back in national championships.

As the news and media website Lifegate has claimed, the impact this World Cup will have on the environment is tragic.

Firstly, the desert setting requires the use of air conditioning in the stadiums, specifically outdoor stadiums. Secondly, because Doha, Qatar’s capital city, does not have enough hotels to host visitors, about 60 flights a day are scheduled to connect Doha to Dubai.

And thirdly, the amount of resources employed in the facilities construction is unprecedented, underlining even more how unsustainable this World Cup is for the planet.

On the other hand, from a non-technical point of view, Qatar has been criticized for reasons concerning human rights.

Unfortunately, because homosexuality is still illegal in the state, Qatari laws aim to exclude members of the LGBTQ+ community from the event, resulting in several arrests before and during the World Cup.

Another phenomenon that instigated protests was how workers were treated during the construction of stadiums and other facilities.

As reported by Vita Magazine, since the selection of Qatar for this 21st edition, the population has grown by about two-thirds because of the two million immigrants who arrived in the country looking for jobs in the construction industry.

‘Jobs’ should not be defined as such because of meager wages, nonexistent rights or safeguards, and because of endless shifts under the boiling sun of the Middle East.

In this context, even if Qatari authorities confirmed 37 deaths, news platforms around the world confirmed that the actual number of workers who died on construction sites connected to the World Cup is about 6,500.

But now that the World Cup has officially started, something has changed. The intense disappointment and angriness shared by people and football fans around the world have been replaced by joy and excitement for the competition.

In this climate, it is interesting to see how the football tournament serves its purpose at its best, entertaining and distracting people from real problems.

A ‘culture of distraction’ put in place since Roman times, where men were forced to fight lions in a Colosseum full of disappointed people distracted by giving them bread and shows.

So now that the kickoff has placated many souls and protests, the famous question remains: who’s responsible for what happened and is still happening?

What seems to be the most reasonable answer is Qatar, of course. A country that appears underdeveloped from a social point of view if compared to the standardized ‘Western ideologies.’ A country where people are not allowed fundamental human rights, like the freedom to love who they want. A country that is not paying attention to the planet's needs, going against what young generations are so hardly fighting for.

But, because there is always a but, if we stand back and look at the whole situation from a different perspective, we might notice that Qatar may not be responsible for what is happening in the Middle East.

Considering that FIFA selected this country in 2010, its social improvement and development in just 12 years are impressive.

In a recent interview with the Express, discussing the Qatari situation, ex-Prime Minister Tony Blair said that “there is a process of change. Is it happening quickly enough? No. You always want it to happen quicker. But there is this process of change happening across the Middle East, and I think it is important to recognize that”.

Highlighting the significant social change Qatar put in place, Blair also remembered that the last time the UK hosted the World Cup, homosexuality was still illegal in England, arguing that “countries change and they move.”

Following this statement, what I would like to underline is that what Blair says is true, countries change and improve, but it takes time to do that. The World Cup was hosted in the UK in 1966, 55 years ago, and still, we can find racism in this country.

So, how could FIFA expect Qatar to change its ideologies and politics in 12 years?

Watching this whole situation from this angle, we could ask ourselves how Western countries could pretend, once again, to expand their ideologies and rules to other countries that have entirely different cultures.

With this, I am not arguing that Qatar’s lack of rights for workers or hate politics towards homosexuality is proper. Because let’s be clear, they are not. But we can not force countries to change their identity because it does not match the European or American way of doing things.

These factors should have been considered in 2010, when Qatar was running to host the World Cup and when, even if it was the less suitable candidate, it was selected over other, much more democratic states.

Or maybe they did. Perhaps they considered these factors. Maybe FIFA thought of all the economic investments the Gulf State made worldwide and those they would have made for the World Cup. Perhaps FIFA analyzed all the negative consequences this choice would have had, and they still decided to select Qatar.

But why? As ex-FIFA president Sepp Blatter makes clear in Netflix’s documentary series FIFA Uncovered, this was done for the love of the game and to bring football to the Middle East, spreading the sport’s values worldwide.

Eventually, as the documentary shows, Blatter will be banned from FIFA’s related events until 2028 because of dubious employment of money during his presidency, also underlining how the Qatari edition has little to do with ‘spreading values.’

What we can be optimistic about is that, on the one hand, we have Qatar’s willingness to be selected as the hosting country for the 21st World Cup to show the world the strength, power, and possibilities their country can offer. On the other hand, there is FIFA, whose willingness to make money out of the competition is apparent and has caused the organization to be legally persecuted more than once.

This situation did many wonders if FIFA’s and Qatar’s interests met halfway. And obviously, it made many reflect again on the role money plays in major professional tournaments.

Now that the World Cup has started for the 21st time, there are still a lot of questions that appear impossible to answer. But what does not present any doubts is that the 2022 edition will be remembered as the most unsustainable and one of the most criticized tournaments in history, leaving an indelible mark on FIFA’s and Qatar’s credibility and public image.

However, I would argue that this World Cup remarks once again one fundamental principle that we should, at this point, learn to follow faithfully. I believe that the scandals invested in the football world perfectly represent what any sport should not be about: money.

Money brings corruption, and the sport needs to be free from this.

The sport should create a healthy environment where values like competition, trust, and a victorious mentality are built and spread.

But maybe it is too late for that. In the mainstream era, where big corporations and fast-food chains colonize the planet, everything seems to be about money. In a world where people want to earn more, spend more, own more, and big CEOs and entrepreneurs want to make money out of everything, it just appears impossible to find space for those values.

But perhaps it is worth trying again for the love of the game.