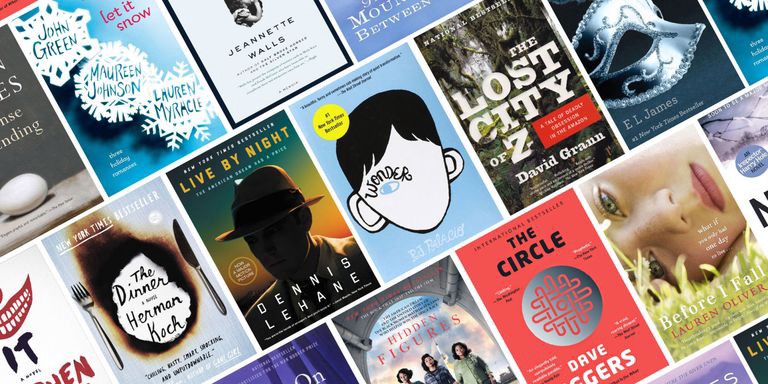 Literature and film are very closely linked. As creative practices, they share a lot of similarities, such as the ability to tell stories. From time to time, a literary piece is so good and popular that it becomes a film. At this moment, worlds collide and the line between book and film is crossed. However, the issue with this crossing is that one form of the story tends to overshadow the other. The life-long debate of ‘what was better? The film or the book?’ remains and will continue to be a divisive topic.

It is ultimately this division that causes the issue we will be tackling in this article. When a film becomes more successful than the book it was based on, people tend to forget about the book entirely and only remember the magnificent cinematic masterpiece. This has led to many people not knowing that many of their favorite films are in fact based on a book. This article is here to change that.

This book, published in 1996, came out three years before the famous blockbuster movie did. When a man with an unfulfilling white-collar job meets a soap maker and together, they create a fight club as a form of therapy.

The movie managed to rack up a total of over 100 million dollars worldwide and remains a greatly acclaimed classic while the book was not as lucky. According to an article in Variety, despite the film selling over 13 million DVDs, the book did not sell more than 5000 copies when published.

Even to this day, the cinematic masterpiece holds a higher value for people than the novel it is based on.

Believe it or not, the 2001 DreamWorks film is in fact based on a book, more specifically a graphic novel by William Steig. Published in 1990, the graphic novel tells the story of an ogre who finds the love of his life when he decides to leave home and embark on his own adventure. Despite being based on the graphic novel, DreamWorks took plenty of liberties with the film, such as the musical numbers and the inclusion of fairy-tale characters.

The film has grossed almost 500 million dollars and its sequels (completely fabricated by DreamWorks and not linked to Steig) continued to exceed this number, Shrek 2 almost reaching the billion-dollar mark. The film’s impact was such that it was the first film to win an Oscar for Best Animated Feature in 2002.

The Shrek franchise continues to be a cult classic and we have William Steig to thank for it.

That’s right, the iconic thriller film is based on a 1974 novel written by American author Peter Benchley. The cinematic adaptation was made the year following its publishing and was one of the highest-grossing films at the time and currently holds a lifetime gross of 265 million dollars.

The novel tells the story of a great white shark that terrorizes a small resort town and the journey three men embark on as they try to kill it. The main plot does not change much between the book and the film although films cannot be exactly identical to their literary counterparts, therefore, discrepancies are bound to be seen.

The critically acclaimed classic directed by Alfred Hitchcock actually found its origins in a novel by the same name written by Robert Bloch in 1959. Although inspired by the novel, the plots of the book and film do not align perfectly. While the book focuses on Norman Bates, the caretaker at a motel in the middle of nowhere, and his relationship with his overprotective and controlling mother (which leads to a series of murders on Norman's part, the adaptation centers around Marion Crane, a woman who has embezzled money in order to run away with her lover and her run-in with Norman and his mother at the motel.

The cinematic adaptation is considered to be Hitchcock’s best film by many, and the original story has been adapted multiple times. The most recent one is a TV show series comprised of five seasons detailing Norman’s life before the events that take place in the film adaptation by Hitchcock. Moreover, the novel is considered to be one of the most influential horror novels of the 20th century according to Stephen Jones and Kim Newman’s book: Horror: 100 Best Books.

The 2008 Oscar-winning film is loosely based on the novel Q & A by Vikas Swarup. The film follows Jamal, who is a contestant in the Indian version of Who Wants to Be a Millionaire. He surprises everyone when he consistently answers every question right and is accused of cheating. In order to prove his innocence, he explains via his life story how he is able to answer every question. The original novel follows a waiter who becomes an incredibly successful quiz show winner and, as it happens in the film, he is arrested under suspicions of cheating.

The novel was published in 2005 while the adaptation came three years later, making almost 400 million dollars at the box office according to boxofficemojo.com. Vikas Swarup has spoken about the adaptation in an interview with TCS in which he says he was aware of the fact elements from the novel would be changed such as the main character’s name and the addition of Salim, Jamal’s brother, as well as a selection of name changes. Despite these changes, Swarup said, “he [writer Simon Beaufoy] made me a promise that he would remain faithful to the soul of the novel.”

I think we can all agree these films are incredibly well-respected classics within film, but I can’t help wondering what would have happened if their literary equivalents had had the same amount of praise and fame. Despite some of the novels mentioned in this article having had a significant amount of recognition, it is not comparable to the widespread knowledge of their film adaptations.