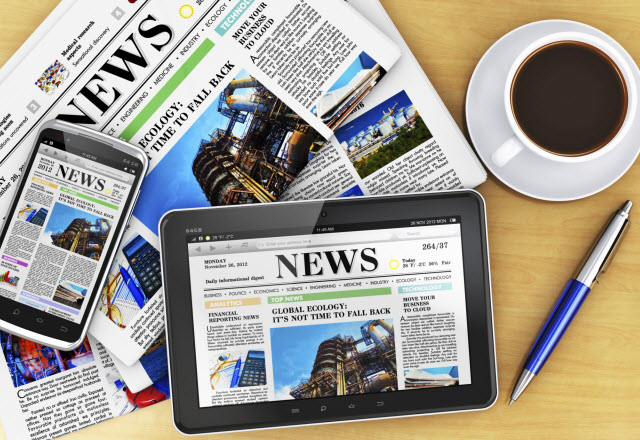 Journalism has rapidly evolved throughout the years, and there has been a visible shift from conventional journalism to more revolutionized forms of digital journalistic practices. However, the traditional idea and the ulterior motive behind journalism remain intact as it only intends to provide legitimate news coverage in the form of actual happenings throughout the world in a fact-based and non-partisan manner.

Today’s fast-paced life has forced people to adapt to changes as they can no longer spend time following news on the television, radio, and other conventional news sources. With the advent of the internet, the long-accepted forms of media are fading into oblivion. This ‘New Normal’ has proved to be widely accepted for its never-ending advantages.

The evolution of journalism over the years

Initially, journalism began with the print media that had taken control of the profession. However, it had to face a new form of news gathering very soon: television, radio, and mass communication. Times passed as the costs for publishing started increasing tremendously, and the news agencies were having a hard time keeping up with the newer demands of news reporting.

Then the expansion of different forms of media and diverse voices followed. Many news agencies evolved into independent publishers who began writing for newspapers as individuals. This phenomenon is also observed today, in the case of blogs on the internet, published by independent sources.

As the times have passed, the audience has not only gained the freedom to access news from any source they want but to also express their perspective or even a bias through a medium that includes unbiased editing and reporting of news content.

The internet provides flexibility and variety

The audience is given the flexibility to rely on whichever source they deem fit for themselves, and are not restricted to mainstream media houses to gather news information. The advent of the internet in modern times eliminates any sort of limitations, be it geographical space or any other barriers.

The internet not only reaches out to its audience 24 hours a day but also provides several alternatives to choose from, be it video or audio content through different platforms like YouTube, blogs, social media, etc.

The emergence of media conglomerates

News should be about a free market of information and ideas. Instead, what we see today is that most of the mainstream media houses throughout the world are controlled by large corporations with vested political and economic interests who prey upon the gullibility of the masses.

In these critical times, it appears that the internet has come up at the right time to dismantle the fortress of large media corporations and their monopoly over intellect and the news cycle. The internet functions as a truly free marketplace of ideas and information where every individual has the right to express their opinion and engage in meaningful discussion and dialogue.

The digital space has expanded at a huge scale, especially after the Covid-19 pandemic broke out. People have adopted technology and are more or less dependent upon digital sources for news consumption. Emerging companies and start-ups today rely primarily on efficient and impactful channels of communication which serve as the advertising revenue for digital news sources. It has the potential to reach a wider audience because the same digital content can be posted on a variety of mediums, including social media.

There is worldwide access available for the news published on the internet and has preservative power. Once a news article appears on the internet, it stays on the World Wide Web. This digital transmission has improved emerging types of communication systems by changing communication channels, which has been aided by the introduction of new apps and devices as well as the reduction of paperwork.

An important role in calling out disinformation

The internet provides feedback. It has also proven to be the most effective and efficient tool when it comes to fact-checking and calling out the dissemination of false information from any source whatsoever. The Internet has been a lot opinionated too, but still maintains its diversity due to a large variety of sources.

However, the internet has faced a lot of criticism regarding fake news. Social media makes use of propaganda, satire, and misleading information. The internet has not been very efficient in checking the credibility of the source very quickly.

This leads to the propagation of fake news and even false information on the internet. By the time it is detected, the news would already have covered a wide audience, remaining just a one-sided story and becoming opinionated as a result of this. Therefore, there needs to be a lot of work done to ratify this and enable credibility.

Is the ‘New Media’ replacing ‘Black and White’ journalism?

The newer forms of news propagation have almost replaced traditional print journalistic practices. Even leading dailies and newspapers have surrendered to digitization. Conventional media seem to be missing out on the inability to cater to immediacy or being the first point of information for consumers.

It is true that whenever a new technology replaces an older one, there are reasonable concerns and apprehensions about its use. However, with the gradual use of this new technology, people become accustomed, and the benefits have always far outweighed the costs. Naturally, there will be resistance to new forms of news networks, however, we are seeing the rapid emergence and flourishment of digital media houses, which are much faster, more accurate, and wider in their coverage as opposed to traditional journalism.

People are becoming more aware of idealistic journalism practices. They now demand clarity of views and free space that can represent their interests. The internet has come up at the right time to challenge the media fortresses and the reflecting monopoly over the news cycle. It is also an indication that the mainstream forms of journalism need to look out for this and change their approach to attract more viewers by also engaging in ideal representation.

3 months, 2 weeks ago by divyjjwala