Schadenfreude: Does It Make Us Human Or Inhuman? 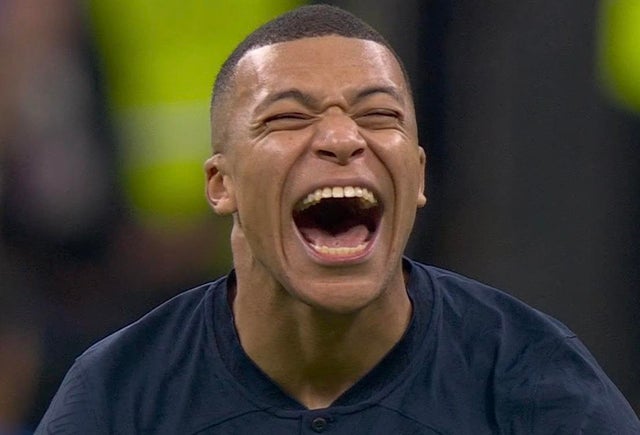 From Kylian MBappé’s memed grin after Harry Kane’s missed penalty shot to the strange tit-for-tat happiness of Cristiano Ronaldo’s and Leo Messi’s fans over the misery of one another’s idol, the 2022 World Cup brings us back to a concept that might be no stranger to human beings but often neglected: Schadenfreude.

The lack of an English equivalent does not make the feeling uncommon in either English culture or other cultures besides Germany. According to Tiffany Watt Smith, a cultural historian and the author of Schadenfreude: The Joy of Another’s Misfortune, the feeling has long been recognised in numerous cultures and languages such as Japanese, French, Hebrew, Mandarin, Russian, etc. In English, the feeling of Schadenfreude, though not expressed by an official term, was described as far as the existence of the English classic Pride and Prejudice via Mr Bennet’s words, “For what do we live, but to do sport for our neighbours, and laugh at them in our turn?”

As the science of psychology develops, more attention focuses on debunking this seemingly confusing feeling. First and foremost, the pure joy we experience watching others suffer must be accompanied by a few conditions to be considered “Schadenfreude.” For example, according to the research, the misfortune must not be caused by the person who enjoys the trouble, or else such joy would be named “sadism.” Another condition is that the accident should not be the result of actively defeating others through direct competition.” Therefore, the happiness one experiences when getting the golden trophy before their competitors is not an expression of Schadenfreude.

Such an absolute limit encourages a further question for the emotion: What can be the circumstances for the rise of Schadenfreude? A study in 2009 provided evidence for three circumstances in which Schadenfreude arises: (1) when the observer gains something from another’s misfortune, (2) when envy is involved, and (3) when the sufferer deserves the misfortune.

Another attempt at Schadenfreude taxonomy divides it into four types: compensation, identification, aversion, and injustice. Compensation is simply the joy of seeing others suffering the same thing as we do, like how a Brazilian sports account tweeted a prolonged “laughter” over the Germany team’s humiliating elimination from the 2018 World Cup as sweet late revenge for Brazil’s 1-7 loss to Germany in the last tournament. Identification happens when two subjects are involved in direct competition, like how Messi’s fans cheer for Ronaldo’s elimination and vice versa. Aversion occurs when a perceiver already holds prejudice towards the sufferer, and the injustice type arises when the sufferer has been given an undeserved advantage before experiencing the misfortune. 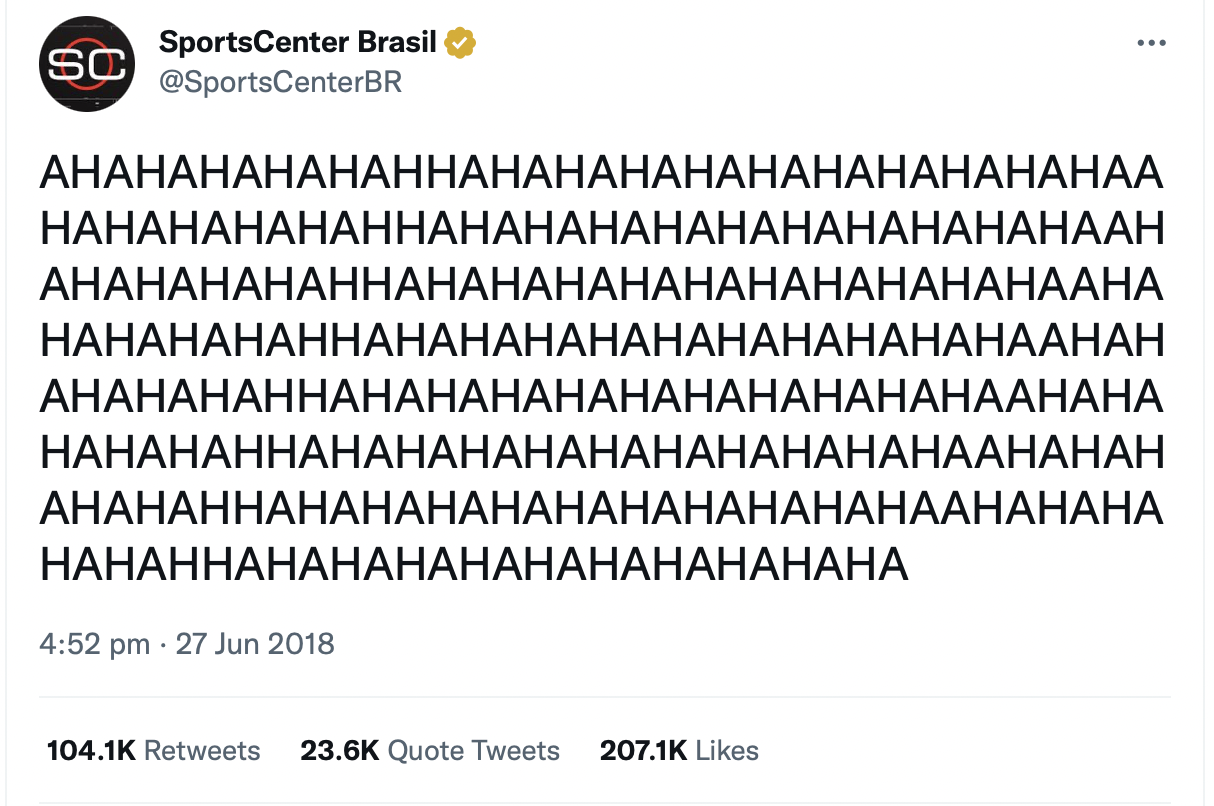 However Schadenfreude is categorised, it is apparent that all circumstances are strongly connected to one single concept: justice. As social beings, which explains why Schadenfreude is found to develop. We seek justice for other people, and nobody can escape subjectivity. Therefore, we compare our position, or our in-group’s position, against the other’s or their out-group’s position. If someone of a higher position or status suffers, and we feel that person deserves it, we will likely feel satisfied and joyful even as we subconsciously view the suffering as a slight improvement of our position.

So condescending as the emotion might seem, science shows that Schadenfreude is a revolutionary result. Other than reflecting our bias towards justice, it is strongly related to self-evaluation and self-preservation. Our tendency to favour ourselves, the evolved need to be loved and respected even if it means competing against others, is “instinctual” in human beings. Furthermore, Schadenfreude is a coping mechanism that helps“validate the observer’s identity and boost their self-esteem.”

With that being said, Schadenfreude is not that innocent. Not as horrid as loathed by the philosopher, the overdependence on the feeling and the lack of acknowledgement of its risks may leave severe consequences. 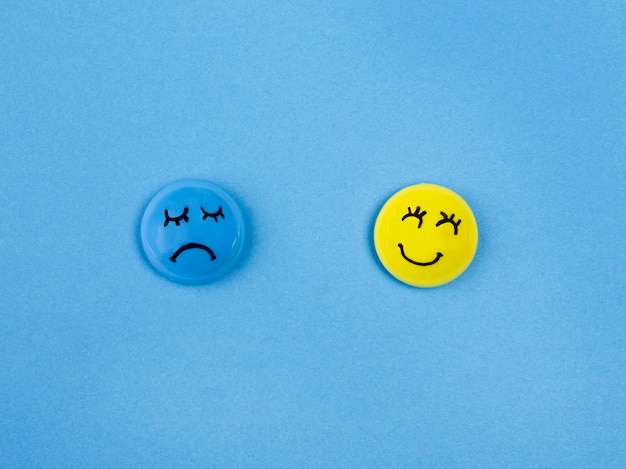 The joy from Schadenfreude is short-lived. Photo: Freepik.

According to a neuropsychologist and university professor, abusing Schadenfreude as a go-to coping strategy can cause serious mental health issues. Schadenfreude brings temporary joy due to the amount of dopamine produced, but if this process keeps repeating and becomes a routine, dopamine will eventually erode the observer’s empathy. Always serving as one of the most instrumental components that make humans who we are, the ability to sympathise when lost gets us closer to our darkest, most animalistic side than ever.

The loss of empathy, as previously discussed, is apparently to blame. Losing the ability to sympathise, people push others away, concentrating even more on themselves until they are left with none but themselves. As tribal beings, isolating ourselves is no less than dehumanising, and this lonely road might only lead us to depression or even.

Maybe Tiffany Watt Smith is still correct; there is no need to be too harsh on ourselves just because of a brief moment of Schadenfreude. The strange emotion has a revolutionary root, and it is in our instinct to care about ourselves before all. Nonetheless, Ms Smith also emphasizes the essence of acknowledging the feeling of Schadenfreude and admitting its existence – facing the fact that we are not godly perfect. We are just humans. And only when we stay true to and recognize our faulty human selves can we stop Schadenfreude from going too far and avoid the risk of losing ourselves in society.