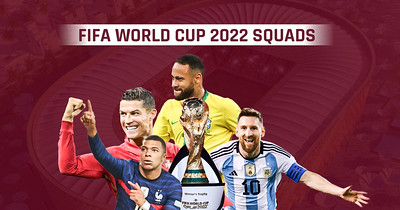 Qatar and Ecuador kicked off the 2022 FIFA World Cup at Qatar’s Al Bayt Stadium on November 20, 2022. Ecuador was able to name themselves the first win of the World Cup as they scored two goals and prevented Qatar from scoring any at all.

Seven other matches have been played since then:

It was unexpected for both sides, as half of the fans left the stadium with their heads down and the other half with huge smiles on their faces after witnessing an unforgettable moment in soccer history.

Something that was expected from one of the matches that took place on November 22, 2022 was during the Mexico v Poland game at Stadium 974. Though the match ended in a goalless tie between the two teams, Mexico’s goalkeeper Guillermo Ochoa made an incredible save against one of Poland's best strikers Robert Lewandowski that prevented them from attaining a victory.

Three other matches ended in ties, but the last match on Tuesday was between France and Australia and ended in a three goal lead by France. This didn’t surprise soccer fans, as France won the 2018 World Cup title in Russia and has had a history of wins throughout the years.

There are four matches scheduled for November 23, 2022, another four scheduled the day after, and many more to come as the World Cup has just begun. As of right now, there is no say as to who is headed towards the world title of World Cup Champions quite yet.