The burning issue of charcoal workers 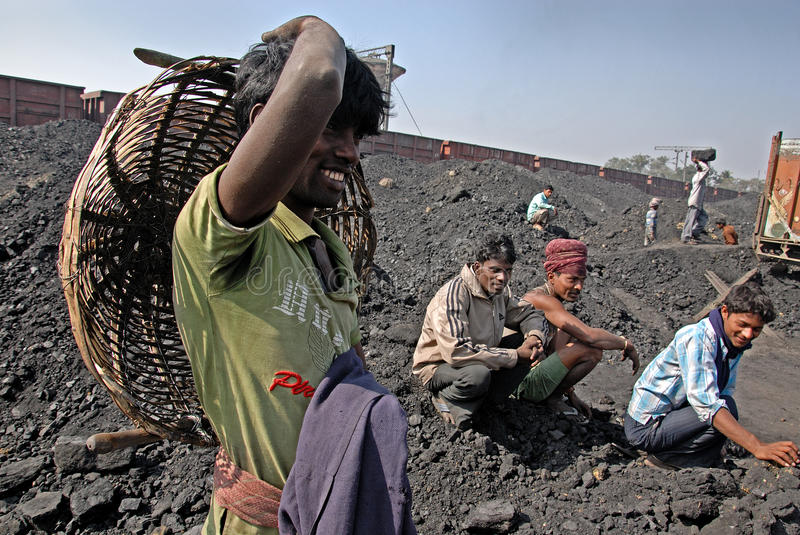 Works start at 9 a.m. for Alagarsamy, when he and his brother begin tending to two burning piles of Prosopis Juliflora, locally known as Seemakaruvelam. In a week or so, the bark of the trees could have turned into lumps of charcoal. These lumps are their livelihood. They sell charcoal made from karuvelam trees to buyers located as far away as Chennai from Nadvankottai, Madurai district, their customers primarily being hoteliers, tea shop owners, blacksmiths and iron box stall owners. After covering living costs, they’re able to save Rs. 1000 to 2000 a month. Some days, when it rains, it becomes hard to keep the fire going and the work stretches on for extra days, making it hard to start work on a fresh batch of Karuvelam wood.

Besides this, constant exposure to smoke causes frequent health problems. For Dhanavel

Palanirajan, a kari mootam worker in Tiruchuli, Madurai, fever and cough are regular illnesses, and the medical bill comes to around Rs. 400 a month. “We won't be able to sleep for four days, but what do we do? We have to get through these things to support our children. We even enjoy these pains,” he said, laughing.

Rajendran, who is in his sixties, has seen his father making charcoal from these trees and started helping him when he was 12. He could not continue doing the work after his lungs were affected. His doctor asked him to stay away from the smoke in the future to avoid constant exposure.

News reports estimate the industry to be worth around Rs. 1,000 crore. While there is no

complete ban on making charcoal this way, the government hasn’t acknowledged the significant occupation either.

Elamgo is a member of ODAM, an NGO engaged in biochar from karuvelam charcoal to boost red soul yield. He pointed out that the State government does not list karuvelam charcoal workers as part of its list of organised workers. Because of this, the workers do not get the benefit A given to other unorganised workers like those working in construction.

However, schemes do not exist for karuvelam charcoal workers that take into account education expenses for their children.

Kali, Alagarsamy's 17-year-old son, did not attend online classes regularly since the family had only one mobile phone. Kali studies on and off because he had to share the device with his younger sister and brother.

“We are not seen separately as kari mootam workers. We are seen as doing agriculture coolie work instead,” Palanirajan said.

“Political parties usually have trade unions for unorganised labour of other kinds, but charcoal producers, be it kari mootam makers or firewood makers, don’t have trade unions-even a labour party like CPI(M) doesn’t. So, it’s hard for kari mootam workers to avail of these benefits,” Elango said.

The Madurai Collector could not be reached for a comment.

government department, Elango said. “Only if this data generation happens can we think about what we can do to phase out production,” he added.

The ubiquitous tree has marked the landscape of much of rural Tamil Nadu after former Chief Minister Kamaraj introduced the plant in the 1960s to help meet coal needs easily. With time, the plant spread across the State, raising concerns about its invasive nature and tendency to suck out water and hinder agriculture. The issue came to a head when, in 2017, the Madurai bench of the Madras High Court ordered 13 districts to clear the weed.

Later, the order was stayed after concerns were raised on the impact this could have on the livelihoods of people who make charcoal from the tree.

People like Palanirajan and Alagarsamy have learnt to get by with what they make and are happy they can continue doing what they have seen their fathers do. Regular illnesses and long working hours don’t reduce their love for the occupation. At the same time, they want to educate their children, too.

However, despite karuvelam charcoal-making being a significant source of employment in

districts like Ramanathapuram, Sivagangai, Thoothukudi, and much of East Virudhunagar, there are no targeted schemes for these workers, unlike workers employed in other organised work.

The Woe Tale Of Gadia Lohars