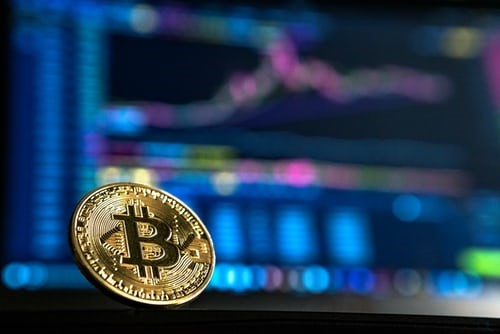 “Money is a collective agreement. If enough people come to the same agreement, what they agree upon becomes secondary, whether it be farm animals, gold, diamonds, paper, or simply a code.”

El Salvador, in September 2021, became the first country in the world to accept bitcoin as a legal medium of exchange and installed 200 new cash machines. The “Saviour” nation even plans to build a bitcoin city at the base of the Conchagua volcano. However, the International Monetary Fund (IMF) has in a recent announcement, asked El Salvador to remove the legal status of Bitcoin.

The grounds for the aforementioned decision were taken keeping in mind that the Latin American countries would find it difficult to get funding from the IMF if bitcoin continues to be a legal tender. The advisory corporation further stated that it would increase the consumer protection risks for El Salvador nationals and cause financial instability. The IMF hasn’t renewed its views on the debate of bitcoin being a controversial currency, which is always at a risk of high fluctuation. Why is it so?

What is Bitcoin and how is it related to Crypto?

Cryptocurrency works on the primary base of solving encryption algorithms to create unique hashes that are finite in number. The users of Crypto can verify hashes as if they are verifying currency. The unique feature of bitcoin is its rarity. There is a finite number of bitcoins which will ever be generated to avoid overflow, which makes it as rare and precious as a diamond rather than inexpensive as the abundantly available water.

Bitcoin is searched the most in the Nordic countries and China. Interestingly, only three of the top ten countries, i.e., Hong Kong, Canada, and the United States, have explicitly legalized Bitcoin onsome level. On the other hand, China and Russia are against the use of Bitcoin.

“Cryptocurrency may not be predicted to replace the traditional Fiat currency, but it could change the way web-connected global markets interface with each other,” said David Lee while researching Digital currencies. A given technology's success depends on the market in which it is willing to expand; cryptocurrencies may revolutionize digital trade markets by creating a free-flowing trading system without fees.

The republic of Bolivia recently banned any unregulated currency such as bitcoin, citing the possibilities of various Ponzi schemes and criminal activities. The scepticism is not based on hollow grounds. Cryptocurrencies can easily be used for malpractices such as theft, drug peddling, and illegal trafficking, due to their feature of semi-anonymity.

This feature implies that the owners of bitcoin wallets cannot be identified entirely, but it is slightly cryptic for some potential adopters. The public blockchain is shared with all users, which means that it is susceptible to attacks due to easy access, which leads to hacking and thefts.

The Carrier of Bitcoin: Blockchain Technology

Every transaction of bitcoin is recorded in blockchain technology (the public ledger). The problem of this lies in the fact that anyone can see this ledger. This leads to malpractices as the original identity is hidden. Without positive marketing towards the feature of semi-anonymity of bitcoin, for average users, it will be assumed that bitcoin is used only by criminals.

Bitcoin once plunged from $260 to about $130 within six hours on April 11, 2013. The nature of bitcoins makes them subject to high-rate fluctuations as they do not have any intrinsic value, and their price solely depends on what the buyer is willing to pay at a given point of time, making it a “digital barter”. However, at the same time, bitcoin cures the problem of “Hyperinflation”, which happens in the case of paper currency because its supply is excess. When the supply of a currency is excess, money supply in the market increases with more money in the hands of consumers to spend. This increases demand and leads to inflation and ultimately hyperinflation if the situation is not balanced. Since bitcoin is independent and available in infinite numbers, it can never lead to inflation.

According to the US Dollar Index, bitcoin was the best-performing currency of 2015 (Desjardins,2016).

The future of Bitcoin is very incomprehensible. For it to become a Global Currency, three requirements must be fulfilled, i.e., medium of exchange, store of value, and unit of account. Bitcoin fulfils the obligation to an extent in the sense that it can be traded and stored for future use. The complicated element is achieving steadiness in the value of bitcoin, as it lacks inherent value and is priced exclusively after demand. The whole idea of bitcoin is that it is independent of a central entity, and the price will go wherever the market drives it. Legislation cannot solve this since it would entail comprehensive conformity.

Although the process of standardization seems complicated, it is not unachievable as afterall with the passage of time, barter exchange was replaced by the gold standard and gold standard by paper money. Eventually, plastic money also included itself as a widely used medium of exchange.

If cryptocurrencies become the global norm for transactions, long-standing systems for a trade would need to be completely reformed to deal with this type of competition. Further research on the subject should constitute the identification for potential risks in the technology, so as to ensure that the shareholders do not indulge in massive losses, as was the case of The Silk Route medium (2013), which got involved in drug-peddling.

Any currency, (or cryptocurrency, per se) that aims to become part of the standard and predominant financial system, may satisfy some divergent criteria. The cryptology (basis of cryptocurrency) needs to become highly advanced so as to protect against frauds and hacker attacks. At the same time, it ought to be simple enough for the general consumers to understand. People need to start thinking in terms of bitcoins as generally as they think in terms of dollars. Cryptocurrencies need to be semi-anonymous and decentralized but with adequate protection. It needs to preserve user anonymity without being a loophole for tax evasion, money laundering, and other malicious activities.

The future of cryptocurrency may be far-sighted, but the world is reaching towards it every day.

HOW DO YOU USE CRYPTOCURRENCY?