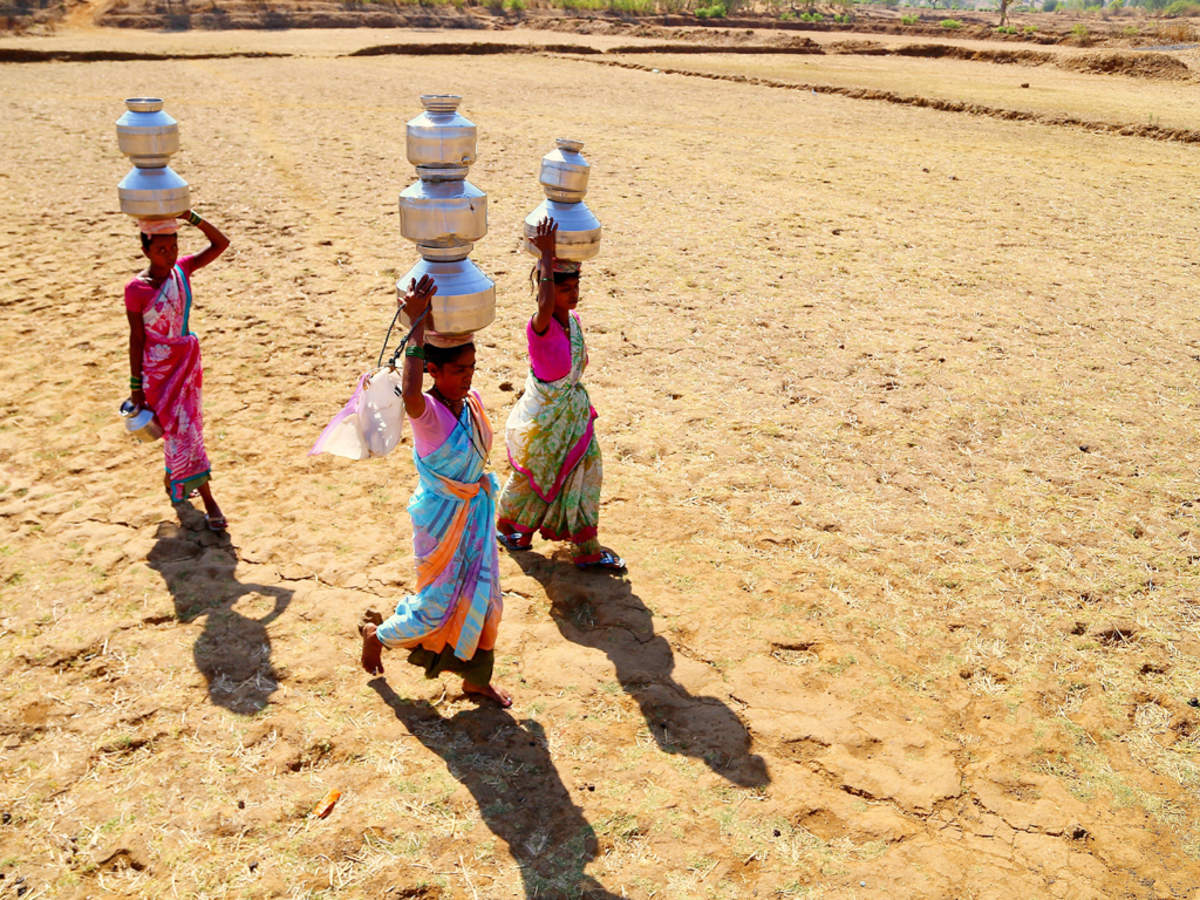 Climate Change and Gender Disparity, two of the most challenging crises globally, define our years, past, present, and future. Together they can transform the world through their impact, both by creating havoc in the lives of every being on this planet and by affecting health, livelihood, and security.

Climate change itself affects nature by affecting the climate patterns and biodiversity, while global warming affects the water levels and temperatures. The devastation of climate change does not target any gender specifically. Still, the inherent inequalities embedded in our social world create a disproportionate burden that let the destruction to affects the minorities more.

Women are the ones lacking access to natural resources while needing them more. Out of the 1.3 billion people living in poverty, over 70% are women. Women are often responsible for securing water and food production but are the last to receive these resources. For example, in India, we have seen that women in every household eat last or, in some cases, leftovers because of the patriarchal system. Similarly, in drought-prone areas, like parts of Rajasthan and Maharashtra, women’s daily routine includes walking miles to fetch water. In rural areas where the male kin has migrated to cities searching for opportunities, the burden of looking after families has fallen onto women.

In agriculture, women make up more than 50% of the agricultural labour but only own about 15% of the farmland. The tea and cotton plantation, paddy cultivation, etc., also have a growing population of women workers and an increased vulnerability to climate change. One of the most affected sectors by climate change, Fisheries consists of over 30% of women workers. Even the profits made by their efforts are spent on their family welfare or controlled by the men of their family, leaving anything barely in their hands.

Due to social and economic roles and social disabilities, women are more dependent on resources than their male counterparts. Climate change’s impact on livelihood will worsen the already lowered livelihood earned by women, and with the burden of being primary caregivers to their families, they suffer doubly.

Agriculture, fisheries, plantations, and many more sectors are increasingly feminized, i.e., becoming more dominant women. As the men migrate to urban areas, the women left behind accept these sectors or become part of labour to support their families. Yet the income and the ownership of assets stay with the men of the families, thus leaving the women bereft of both. And the effect of climate change has increased the losses in these sectors. As the climate patterns change and affect the growth of plants/crops and devastate the fishing areas, these further impacts woman more as they are already vulnerable.

Despite being primary caregivers of their families, they are the last ones to access the resources. And as the resources become increasingly scarce due to climate change, women will only receive the scraps of the resources or the leftovers, if any.

Climate change has caused devastating conditions like massive heatwaves, floods, and droughts, all of which affect people’s health. Women in Indian society and worldwide have been known to be reluctant to seek medical attention and have lesser access to healthcare. When disasters like floods or tsunamis occur, the more significant casualty is women, as they are often the ones to go back for children or belongings. Additionally, they are not taught the skills of swimming or climbing trees, which may save their lives in this scenario. These factors add to the vulnerabilities of women worldwide.

Often, the women are not part of the decision-making process, leaving them out of the discussion of climate issues; thus, their perspectives are not included. Notably, their issues affecting women barely reach the main table and debate. There is also a lack of data on how climate change may affect women; thus, any decision was made without adequate knowledge.

Climate change will further create conflicts for resources which will increase gender-based violence. Climate change will change the equilibrium of resources, thus starting the fight for natural resources, which will cause the current lopsided gender imbalance to dwindle even further. This fight for survival will increase the conflicts where the ultimate victims will be the minorities.

As lack of access to resources is one of the significant problems for women, the solution would be to supply schemes for women to have financing where they would continue an environment-friendly path. Climate funding is also not gendered responsive and focuses on the more dominant men in technology. Old or traditional ways of agriculture, fisheries, water harvesting, etc., have proven to be better for the environment, which can be introduced to women in these sectors. Increasing women’s access to resources and giving them ownership will lead to better yield and output and reduce emissions. This would solve the problem of food security, gender inequality and climate change at the same time.

Rectifying this gender blind approach to climate change and creating strategies that resonate with the social realities, data on the impact of climate change which is gender-specific, is very much needed. Not just data, women in a position of decision-making are necessary for their perspectives and gender-sensitive approach. A study done in 2019, published in the European Journal of Political Economy, has proven that when women are part of the decision-making, the policies on climate change mitigation are stringent and have better results. Incorporate a world where women leaders are present, transparency increases and better climate impacts. Long term policies that mitigate climate change, as well as gender inequality, is the need for the hour. For a sustainable future, women’s empowerment is fundamental